Plus: Details on the next two Polestar models coming soon. SHANGHAI, China - The new Polestar 1 is almost, but not quite, a 600 horsepower Volvo. Introduced today at the launch of Volvo's new Polestar brand here in Shanghai, the Polestar 1 has a lot of Volvo DNA, but has been turned up to 11 by the fine folks at Polestar — formerly Volvo's internal tuning house. It's built on the same Scalable Product Architecture that underpins the XC90, the new XC60, and the rest of Volvo's new-generation 60- and 90- series cars. It sort of uses the same Drive-E twin-engine powertrain that you can find in the T8 versions of a number of Volvo's latest generation cars — it even looks like a Volvo, inside and out.

Clearly inspired by the Volvo Concept Coupe from a few years ago, the Polestar 1 will be the halo car for Volvo's new performance marque. It's a two-door, 2+2 grand tourer coupe that puts out 600 horsepower and 737 foot-pounds of torque from its plug-in hybrid powertrain. Polestar says fifty percent of the car is "new and bespoke," designed by engineers within the new company.

Power comes from a four-cylinder Drive-E engine brought over from Volvo's current line of cars, with a pair of electric motors driving the rear wheels connected via planetary gears. The electric motors produce 218 horsepower on their own, and the car carries enough juice to go more than 90 miles on electric power alone (though Polestar didn't specify whether that was under the American or European testing cycle). That would make it the longest-range PHEV on the market if it were available today.

"We consider it an electric car with support from an internal combustion engine," said Polestar CEO Thomas Ingenlath. "The Polestar 1 bridges today's technology with the future." The company says all of its future models will be completely electric.

The Polestar 1 measures 14-feet 9-inches long, a drop of more than two feet from Volvo's S90 sedan, including a reduction of a foot from the wheelbase and another nearly eight inches from the rear. It has a new "Continuously Controlled Electronic Suspension" from Öhlins that fits an electronic valve on each shock absorber that can change ride characteristics based on driver input and conditions. As an added bonus, the driver can adjust chassis damping and ride quality on the fly.

The planetary gears on the double-electric rear axle allow for torque vectoring in the corners, while Akebono 6-piston brake calipers and 15.75-inch discs help keep things under control. Much of the car is made from carbon fiber, including most of the major body parts, making for a total body weight reduction of more than 500 pounds, with a 48:52 front-to-rear weight distribution.

The interior looks straight out of a top-of-the-line S90, though that's not a bad thing. With Volvo's legendarily comfortable seats and excellent Sensus infotainment system, Polestar gets a huge benefit from appropriating Volvo's luxurious interior. 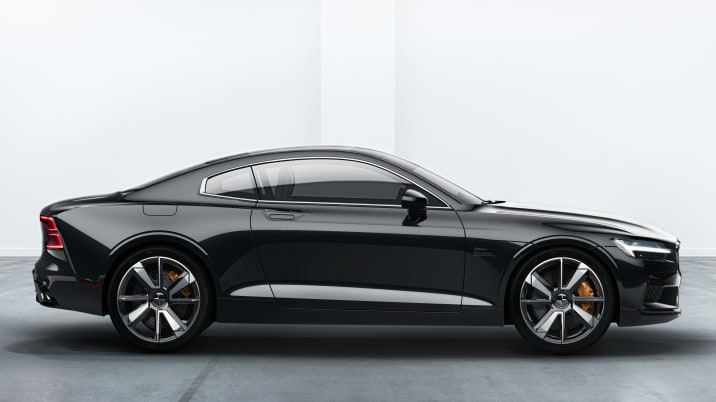 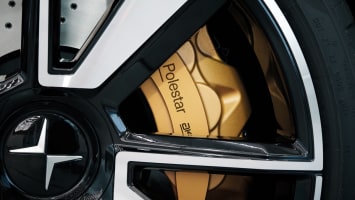 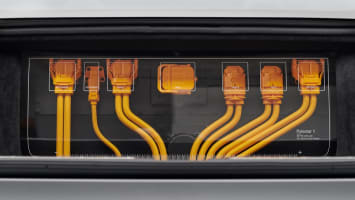 Just 500 Polestar 1's will be made available each year through a new online-only ordering process — and don't expect to buy one, either. Polestar's cars will only be available through two- and three- year subscriptions with insurance and maintenance included. The Polestar 1 order book opens today, and production is expected to begin in mid-2019.

But that's not the only car that Polestar has in the works. Polestar 2 is a midsize all-electric sedan that will compete with the Model 3 (and whatever else is announced between now and its 2019 on-sale date). The Polestar 2 is currently in the engineering phase and Polestar says it will start production before the end of 2019, in higher volumes than Polestar 1.

Polestar 3, which is in the final design phase, will be a "larger SUV-style" electric car. It will sit between Polestar 1 and 2 in both volume and pricing.

All Polestar's cars will, at least initially, be assembled at a purpose-built facility in Chengdu, China, and the brand will remain a subsidiary of Volvo Car Group, though it is set up as a 640 million euro joint venture between Volvo and parent company Zhejiang Geely Holding.

Everything, from test drives and ordering to on-demand services like car-washes and valet, will be handled through a dedicated Polestar app. A number of Polestar Space locations will be opened beginning in the first quarter of 2019, allowing customers to see the cars and speak with Polestar product specialists in person. They will be completely separate from Volvo showrooms, though existing Volvo dealerships will handle maintenance and servicing of Polestar vehicles.

"Being part of the Volvo Car Group enables Polestar to design, develop and engineer our cars using the processes of a well-established car company," says Ingenlath. "But at the same time, enables us to experiment with new technology in lower volume cars outside the mainstream segments."