Designed for fleets, they offer 230 miles of range.

Does Don Panoz know something we don't?

Famous for his eponymous Panoz brand of performance vehicles, Don Panoz is also co-founder and chairman of Green4U Technologies, a Georgia-based EV company. Green4U has announced two new electric vehicles that it plans to begin delivering to customers by the second quarter of 2018. While EVs no longer seem like a longshot in the automotive world, Green4U is targeting what appears to be – unless Panoz and Green4U CEO and cofounder Jack Perkowski know something we don't – a very small cranny of the market with these two offerings. The MTU-6 and Enova, as they're called, are both six-door, all-electric SUVs.

Green4U is displaying the MTU-6 and Enova at the Taxicab, Limousine & Paratransit Association (TLPA) Trade Show in Denver, which gives a hint at what they're designed for. The extra doors are meant to provide easier access to the rear seating rows, and Green4U says they're "designed primarily but not exclusively for fleet use." Despite their size, the prototypes on display have a driving range of 230 miles on a charge. They feature a modular aluminum chassis, upon which future vehicles will be based. That includes a planned eight-door version of the Enova SUV. "We're focusing on fleet operators because they understand how EVs can greatly lower their operating costs," said Perkowski. "A company that has fleet vehicles traveling 50,000 miles a year can save thousands of dollars through lower fuel and maintenance costs."

Green4U says the MTU-6 and Enova will be available in the first half of next year. The company has a range of EVs it plans to introduce, including neighborhood electric vehicles, sedans, vans, and medium and large commercial vehicles. Earlier this year, Green4U and Panoz also announced an experimental electric race car, called the GT-EV. 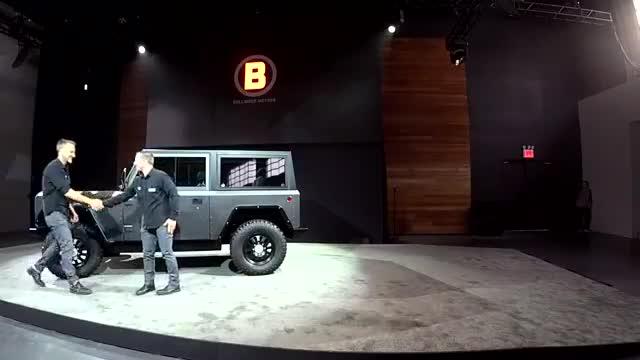