Brett Berk
The De Tomaso Pantera gets a bum rap. This seems resolutely unfair, now – the car is a clear trendsetter in many ways – but it may have been deserved on release back in 1971. The product of a collaboration between Argentine-Italian automaker Alejandro De Tomaso and Detroit-based American automaker Ford, the Pantera had a torquey 5.8-liter Cleveland V8 stuffed behind the cockpit of one of Ghia designer Tom Tjaarda's most honest and elegant creations. Sadly, the result was not quite as successful as other Italian-American hybrids, like spaghetti and meatballs or chicken parmigiana.

The problems with the car were myriad, but many were based around the amount of heat that big motor created, and preventing it from roasting itself and the occupants. "There's nothing wrong with a 351 Cleveland. It's a great engine. The problem is, they shoved it in a closet in the middle of a car with limited cooling, and further choked it with a lean, emissions era carburetor." says Comer. 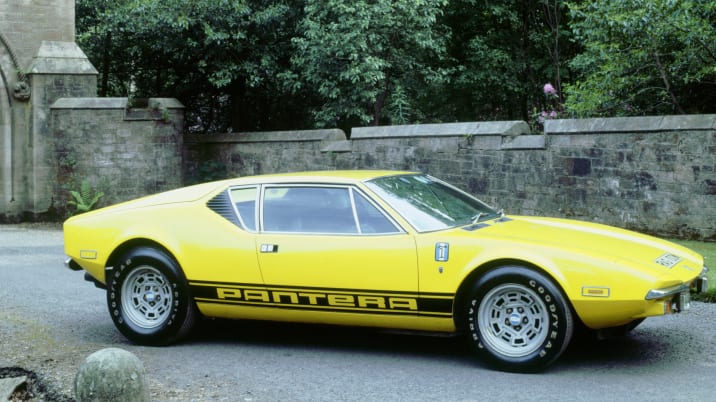 None of this was exactly radical, considering the issues facing other Italian cars of the era. Or any cars of the era, for that matter. The problem was, as new emissions and safety regulations began to take hold, and the gas crisis hit in the early Seventies, Dearborn began to lose interest in the project, and started divesting money and support. Though Ford bought an 84 percent stake in De Tomaso in 1971, by 1974, the company had pulled out selling back this share.

"The car had issues like every car has. There's never been a car built that didn't have an issue," says Pat Mical of Performance Automotive Technology, a Massachusetts-based shop specializing in Pantera performance, upgrades, and restoration. "What happened was is that it didn't get any engineering thrown at it after the fact."

This stranded the early Panteras with a host of troubling intrinsic problems, all of which were quite promptly noticed by car reviewers, who arguably held greater sway back then than they (we) do now. This made an impact. "The road tests of the day, were talking about how they had problems with quality and, once that happens, then you're branded," Comer says. "You can't un-ring the bell."

Reviewers were not the only ones disparaged the car. Comer once purchased a 1971 Pantera that was bought brand new by a Ford engineer in Dearborn. Included in the ephemera that came with the vehicle was a notebook with a list of defects that the original owner found upon delivery. "The list was 3 pages long," Comer says. "Some of them were things like 'entire car needs to be repainted as all panels are a different color,' 'gas tank is filled with rust,' 'headlights do not work,' and 'tires are incorrect sizes.'" 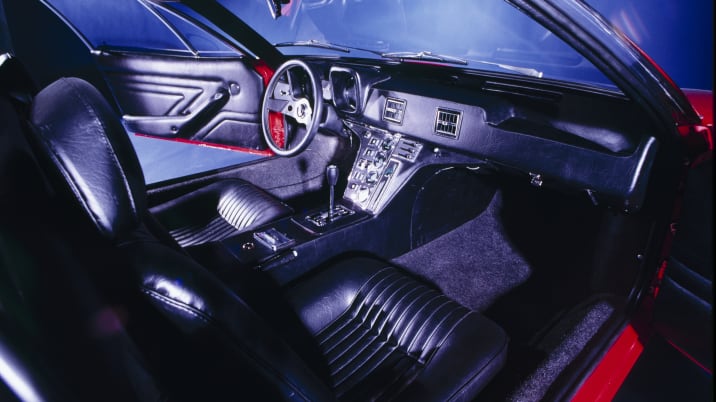 For all its faults, the Pantera was wicked fast for its time. Contemporary tests clocked it—with its 310 horsepower V8, four-wheel discs, four-wheel independent suspension, and five-speed stick. It could scoot from 0-60 in 5.5 seconds on its way up to 150 miles per hour. That's as fast as a first generation Countach, which came out around the same time, hosted four more cylinders, forty more horsepower, a significantly higher base price, and wasn't available here.

The Pantera was sold, and initially serviced, via Lincoln/Mercury dealers here in America. This also had a long-term impact on the brand's reputation. Though it was a beautiful Italian sport tourer, with a race-bred chassis, that trusty blue oval V8 worked against its exotic provenance, and gave buyers ready access to a panoply of bolt on performance and "aesthetic" components intended for jacked-up Gran Torinos. Panteras fell victim to the same owner stereotypes as C3 Corvettes, but worse. They were seen as overpriced hot rods for louche, velour-clad sleazoids, and treated as such.

"The majority of people who bought these cars had a Mustang budget," says Mical. "If I could sell chrome in a bottle, I'd be a multi-millionaire. Just for this car."

Fortunately, like so many cars that suffered from poor timing, poor build quality, and poor reputations during the era, the Pantera's standing has recently been revivified. Some of this is generational, and cyclical (we are currently shocking ourselves by fawning over late 1970s C3 Corvettes). But much of this is credited to owners' associations, forums, and the niche aftermarket—shops like Mical's and sites like Mike Dailey's Pantera Place—where passionate loyalists get together to create and share solutions to the car's intractable issues. "I have pretty much every fix for a Pantera, how to do it," Dailey says. "There are really good solutions for just about all of the cars' original weaknesses."

Recent prices reflect this resurgence. According to the classic car insurance and valuation specialists at Hagerty, the cost of an average 1971 Pantera has increased by nearly 75 percent over the past five years, from $40,000 to $70,000. Pristine concours quality vehicles are now trading in the short $100,000 range. Deduct 20 percent for more luxurious "L" cars made in 1973-74 before Ford pulled out. (The Pantera soldiered on in various guises until 1991.) As prices rise, and designs of the 1970s wedge era come into greater vogue, originality has become prized, even in Pantera world. Chrome-plated sway bars and fiberglass flares are falling away, allowing the Tjaarda design its due reverence. 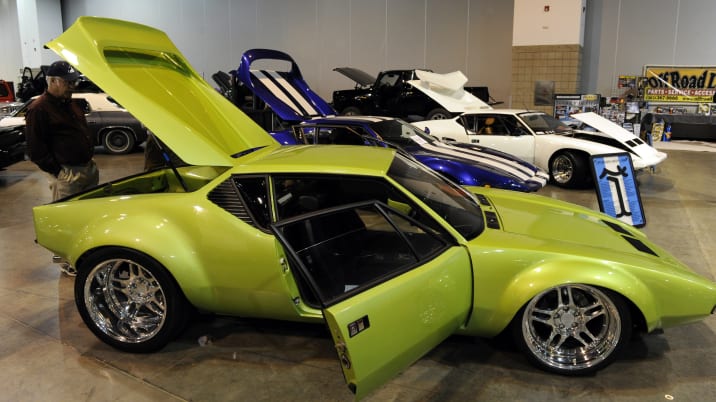 The one issue that can't really be solved for is one about which any potential buyer must be particularly vigilant. "Rust was standard equipment," Comer says. A lack of logistical synchronization meant that bare metal bodies were being stamped and left to sit outside the factory before final production, then rolled back in and painted over acquired surface rust. Various paths allow water in, but provide little means for it to escape—many drains were plugged by Ford dealers in performing rust proofing. "All Panteras look good from the outside," Comer says. "But when you start poking around with a screwdriver, very few of them don't have a chassis that's rusty."

The car's other, ahem, glaring issue could be even more problematic, especially for gentlemen interested in procreating. Because the steering wheel is low, the pedals are offset, and the seat is steeply raked, driving a Pantera requires a sort of splayed-leg stance. And since the windshield starts behind the driver's head, venturing out on a sunny day presents interesting challenges. "They are a ball roaster," Comer says.

"You need to be very prudent otherwise you're going to get radiated."