The BMW 6 Series coupe is dead

Joel Stocksdale
On the heels of news that Kia killed the Forte Koup, Road & Track reported the death of another two-door coupe, the BMW 6 Series. We confirmed this with a representative at BMW. He provided an official statement that said production ended back in February, but he didn't provide any information as to why the model was discontinued, or what the future holds for it. He did confirm that the 6 Series convertible and Gran Coupe are still in production, but couldn't comment on whether they may be discontinued in the near future.

The disappearance of the 6 Series coupe means that the midsize luxury coupe segment is all but abandoned. The only vehicle left is the Mercedes-Benz E-Class coupe. And if luxury buyers don't want that, they'll have to either upgrade to the huge, expensive Mercedes S-Class coupe, or downsize to something like a BMW 4 Series, Audi A5, or Cadillac ATS.

We don't think we've seen the last of healthy-sized BMW coupes, though. Over the past few months, we've seen BMW testing a new coupe that could be either a new 6 Series, or perhaps a return of the larger 8 Series. The use of either nameplate is quite plausible. One is already in use, and the other has come up in trademarks and alleged BMW model documentation. In short: stay tuned, coupe lovers. 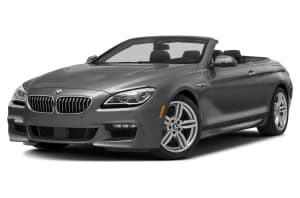