View All Specs
There is a certain satisfying symmetry to a three-by-three grid. Think of the solved edge of a Rubik's cube, your Instagram top nine, or the tied-up terminus of a round of tic-tac-toe with your nephew when the board is finally full and you don't have to play anymore.

Like the rest of the big German automakers, Mercedes has long had a three-tiered approach to sedan production, in ascending sizes from small to medium to large. The C-, E-, and S-Classes are stalwarts, the occupants of the left-hand vertical column of a standard Benz three-by-three square. But the brand has recently been busy proliferating its car lineup in an almost metastatic way, filling in the rest of the boxes in this four-door/two-door/convertible matrix. Now it is finally releasing the vehicle that occupies the middle of the middle – the middle row of the middle column. And any Hollywood Squares fan knows you can't win the game without the center square.

This car is the 2018 Mercedes-Benz E-Class Coupe, which will join its sedan brother this summer ( a new convertible will join the lineup later this year.) The simple answer to what differentiates this car from its sibling is that it lacks rear doors, as well as the barriers between the front and rear windows and any framing surrounding them. 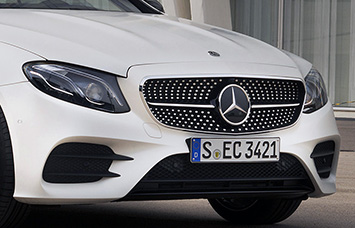 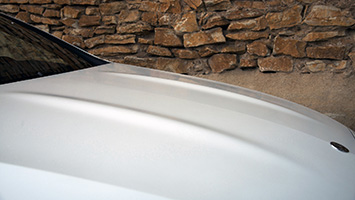 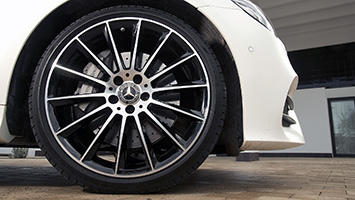 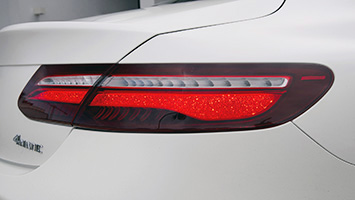 But the true differences lie a bit deeper in the E coupe's physical makeup. The two-door is shorter, wider, and lower than the sedan, and rides on a wheelbase that eliminates a few inches between the wheel wells. But it is nearly five inches longer than its predecessor, the previous-generation E-Class Coupe, and just about all of that room goes into the cabin. (To briefly confuse things, the last E-Class coupe was actually based on the C-Class, which explains the size difference.)

What this means is that the coupe has a lower center of gravity, and a slightly more sporty appearance than the sedan, and that people of normal size can ride in the carefully carved back seat without feeling like the trash in a compactor. The aforementioned frameless, retractable windows help bring in the light and air, as does the giant retractable panoramic glass sunroof. Also brightening up the interior is the sole dashboard differentiator from the sedan, a row of stylish HVAC vents, the design of which is quite intricate but bears an unfortunate resemblance to a silver sphincter.

Our seat-of-the-pants assessment of the coupe on the twisty and picturesque mountain and village roads around Catalonia did little to confirm the slightly more sporting nature of the coupe over the sedan. That's in part because the difference is probably negligible, but more so because it's irrelevant. This E-Class Coupe is not a hardcore two-door curve carver like the AMG GT or C63 S coupe, it is more of an elegant boulevardier aligned with the S550 Coupe, controlled and in control, but never harsh. 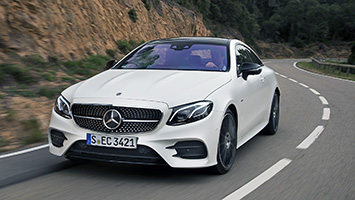 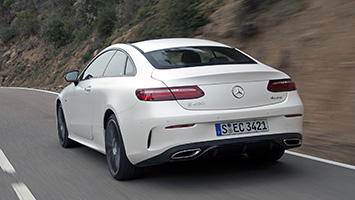 This is in no way meant as an insult. A Mercedes-Benz two-door – especially one powered by the 329-horsepower/354-pound-foot twin-turbo 3.0-liter V6 that motivates much of the rest of the E-Class line of cars and crossovers – is one of life's more adult pleasures. It's thrusty and properly boisterous when needed, and otherwise just perfectly competent and seamless in its delivery, even across the nine gears in the 9-GTRONIC transmission. One glimpse at the W114, W123, and W124 coupes that the Benz Classic Center had parked in front of our Spanish hotel reminded us of the desirability of this handsomely stolid heritage. These are classy cars, never showy, but always just right, and the new E coupe is more just right than it has been in decades. With this nine-car grid, Mercedes might just have the best-looking current OEM lineup, perhaps even rivaling the Benzes from the Bruno Sacco era in the Seventies and Eighties to which they pay modern homage.

There is a deeper reason behind our inability, or unwillingness, to detect the sportiness of this particular vehicle, and that is that it includes one of the most sophisticated Level Two autonomous driving systems currently available on the market, with capabilities that exceed even those of the tech included in its big brother, the S-Class. So the car was driving itself a lot of the time.

We let the computer drive at extralegal speed on the Spanish motorways (it will operate in this capacity at up to 130 mph) and marveled at (though were sometimes troubled by) its insistence on slowing down to the posted speed as soon as it glimpsed a speed limit sign. We engaged it on broad four-lane boulevards, and enjoyed making it change lanes on its own with just a flick of the turn-signal lever. We even switched it on in impenetrable stop-and-go Barcelona traffic, and discovered that it is capable of "seeing" the marauding swarms of scooter riders that plague that city, even if they are creeping up along our flank; annoying parking sensor noises ensue, and sometimes a pedestrian-impact warning graphic appears in the instrument panel, depending on the size and proximity of the scooting. 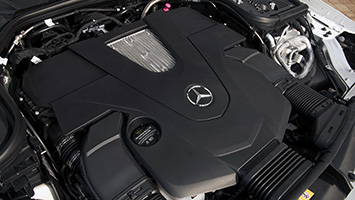 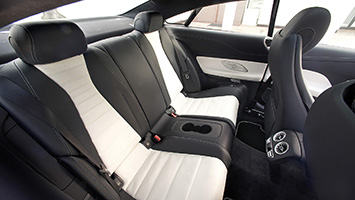 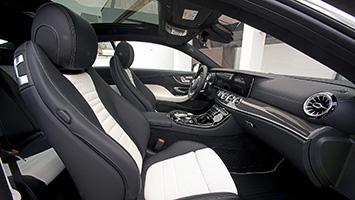 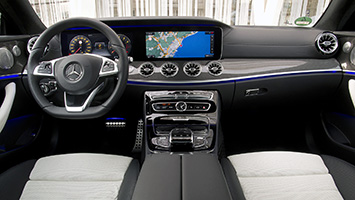 We're used to driving in New York, where nobody gives a whit about cars, so we were thrilled to discover that so many Catalonians, throughout a broad demographic swath, seemed to take note of the E-Class coupe. Without exaggeration, we noticed a tween girl, a middle-aged man, a group of soccer bros, and at least one grandmother checking it out, allured, as we drove by. Two older men on a waterfront bench squinted at it, and then followed with their eyes as we crept past. One pointed at the car and explained to his quizzical friend, Ehy Coop-ehy. Truer words were never spoken.

When it goes on sale here in the summer, expect it to mimic the pricing of the outgoing car, which means around the mid-$50,000 range to start and another $2,500 for 4MATIC all-wheel drive. We might get the starter-performance AMG E43 with 396 hp at some point in the future, but don't expect a 603-hp AMG E63 S coupe. In case you haven't noticed, Americans are generally trading away their cars for more utilitarian crossovers, and they're fleeing from stylish but impractical coupes even faster. We admire Benz's dedication to the two-door category, though selecting a Top Nine from the brand's myriad offerings has just become more difficult than ever. 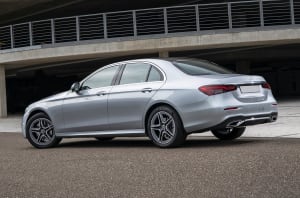 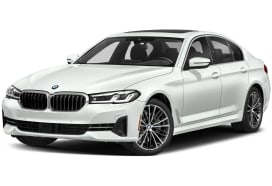