Is modern traffic enforcement all about dollars instead of safety?

We're going with a strong yes.

Gary Witzenburg
As those over a certain age will woefully recall, the federal government in 1974, reacting to the 1973 "Arab" oil embargo and the fuel shortage that followed, enacted a National Maximum Speed Limit (NMSL) of 55 mph. The ideas, they claimed, were to save fuel and improve highway safety. But then, as now, like most ideas emanating from Washington, it was decidedly dumb.

U.S. Interstate and other highways designed and built to be safe at 70 mph or better were posted, and often aggressively enforced, at 55 mph. And because the vast majority of American drivers ignored that stupidly low legal limit and continued driving at the same safe and comfortable speeds they always had, the ill-considered NMSL saved little fuel and few, if any, lives. But it proved highly lucrative for every state, county, city and two-bit town armed with one or more radar-wielding cops. It was a revenue stream of previously unheard-of proportion.

Thirteen painful years later, thanks mostly to the relentless efforts of a grassroots drivers'-rights organization now known as the National Motorists Association (NMA), the NMSL was finally eased to 65 mph on rural freeways, then repealed entirely in 1995. That left the states free again to determine their own (hopefully) more sensible speed limits. 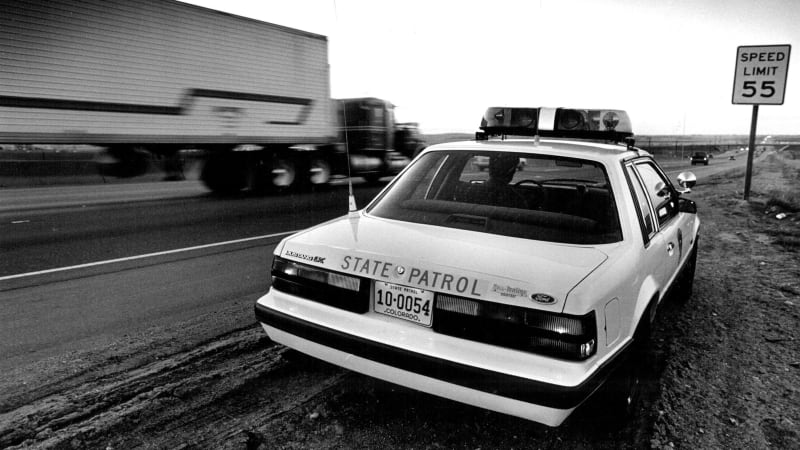 But the lesson that huge revenue could be generated by posting and enforcing unnecessarily low speed limits had been well learned, and far too many jurisdictions have happily continued the practice. I see this today nearly everywhere I drive, some places more than others. And even where posted limits tend toward fair and appropriate, questionable enforcement activities, unreasonably high fines and purposely-limited opportunity for drivers to defend themselves against traffic citations are routinely utilized to maximize revenue.

Piled on top of all that are revenue-generating speed- and red-light cameras, the latter often with shortened yellow-light timing to enhance the ticket take. Studies have shown that shorter yellows actually increase the number of rear-end wrecks as drivers, hoping to avoiding automated tickets, jam on the brakes when the light suddenly turns red. Also consider doubled fines in school and construction zones, which make safety sense when there are children or workers present, but not when there are not. And seatbelt and " distracted driving" tickets, the latter a catchall for everything from texting (deadly dumb) to reaching for coffee or adjusting the radio.

Not to mention a federally imposed 0.08 BAC (blood alcohol level) limit for drunk driving that is below a level where statistics show most drivers actually become dangerously impaired (0.12-0.14). Combine that with a rightful intolerance for drunk-driving accidents, and countless people get nailed for driving under the influence after only a mild drink or two despite no sign (or feeling) of actual impairment. Depending on state laws, even a single charge can stay on your record for life and limit your options in the job market. Alcohol-related tickets are typically very difficult and expensive to defend, and the steep costs of fines if you're convicted borders on punitive. 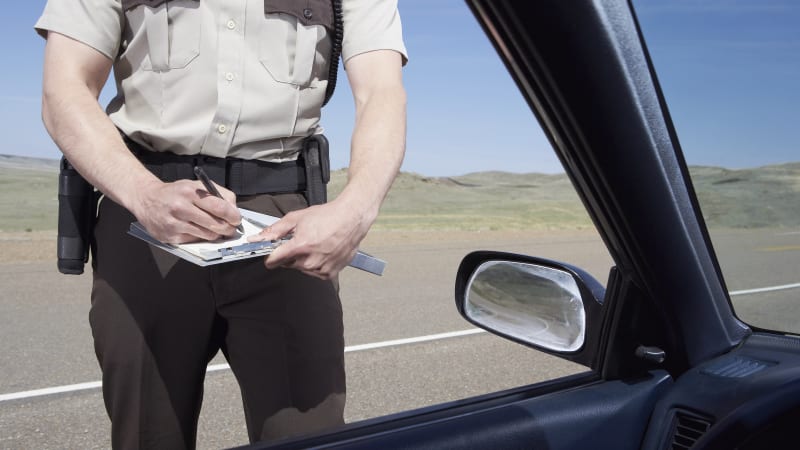 I have seen $150 and higher fines for minor violations written as non-points "impeding traffic" tickets to encourage victims just to shut up, pay up and go away, relieved that they earned no license points. And the handful who choose to defend themselves are often assigned hearing dates without regard to their work or travel schedules. Once the court establishes the date, if it the defendant can't be there even for a very valid reason, too bad. Case closed. The reason, some courts will admit, is that the ticket-writing officer is assigned just one day per month to appear in court, and if that day doesn't work for the defendant, tough luck. So that deck is also well stacked against us.

I have even observed a revenue-driven enforcement practice that likely causes more safety issues than any amount of speeding: a "wolf-pack" of motorcycle officers stopping and ticketing unsuspecting motorists on a fast-moving freeway. With several cops simultaneously writing tickets with red-and-blue lights flashing on both sides of the road, we saw all four lanes slowing from their usual 70-mph-plus speed to below 50, as if approaching a construction squeeze or an accident scene.

I was later told that this very questionable practice is standard operating procedure on specific stretches of freeways deemed "traffic-enforcement" zones. A laser gun-wielding officer on an overpass radios descriptions of law-breaking vehicles to the motorcycle units down the road. Besides speeding, the police are looking for drivers not wearing seatbelts, talking on cell phones and following too closely, among other violations.

Following up, I learned that a typical eight-hour shift of that program generated more than 300 tickets and amounted to $40-50,000 in fine revenue. Safety aside, is it possible for a single officer with a laser gun to identify and call out multiple speeders and other violators quickly and accurately enough to be ticketing nearly 40 an hour on a busy, fast-moving four-lane-freeway?

I asked motorists' rights advocate (and NMA life member) Jim Walker for his thoughts on such mass ticket binges. "These blitzes are getting more common and more pervasive," he said, "and the fact that they severely and dangerously disrupt traffic, occasionally bringing smooth-flowing traffic down to zero in 70-mph zones, seems of no concern to the police."

We're pretty sure that eight hours of state troopers observing and citing individual acts of unsafe driving would be more effective in reducing accidents. But that would require much more effort for much less ticket revenue. "Some local authorities pass local ordinances that mirror the state codes so they get to keep more of the fines," Walker adds. "And most (if not all) tickets for moving violations have a state surcharge - a package of fees that go to various programs, some totally unrelated to traffic safety."

Are ticketing binges really effective in reducing accidents and fatalities? Can anyone offer data from before, during and after them as proof? I have yet to see any such data, and we seriously question the safety value of pulling vehicles out of a smooth-flowing freeway to issue massive numbers of tickets. As anyone who understands traffic safety well knows, a smooth flow of vehicles all going about the same speed does not cause accidents.

So wherever you live and drive, watch out for all types of revenue-driven enforcement and report any you see to the NMA, which keeps an excellent nationwide database. The authorities will never publicly admit it - just as they routinely deny the existence of ticket quotas or that ticket counts are key factors in evaluating and comparing individual officers' job performances - but it is clearly happening nearly everywhere as states, counties, cities and towns continue to rely on ticket revenue for their operating budgets.

That is why you should use a radar/laser detector (legal in the U.S. except in Virginia and Washington, D.C.) and invest time and energy to contest every ticket, whether or not you think it's deserved. If you give in and compliantly pay up on one minor ticket today without a fight, the next one will likely drive your insurance premiums way up for a period of years. Multiple studies have shown, by the way, that radar detector usage actually reduces accidents because their users invariably slow and look around whenever the devices sound off.

From a lifetime of study and observation, I long ago concluded that traffic enforcement in the U.S. has become mostly about revenue, very little about safety anymore. From aggressive enforcement of unreasonably low speed limits to speed and red-light cameras and unreasonably high fines, what evidence is there otherwise? 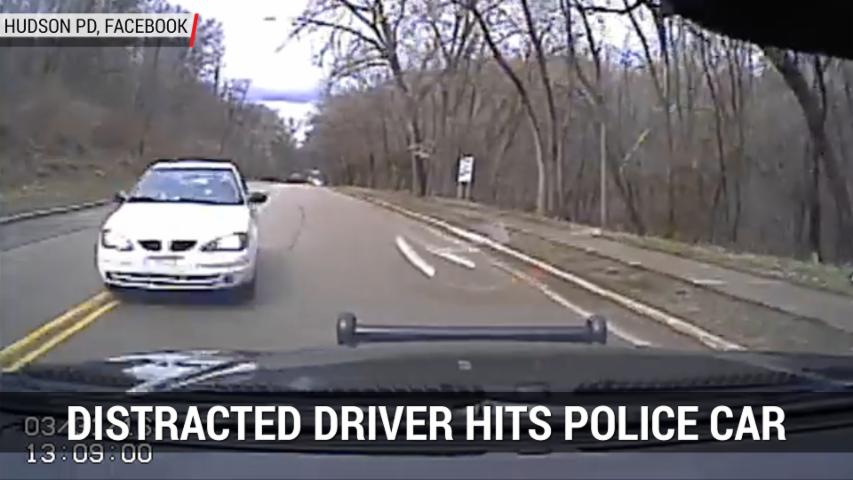