The Beast 2.0: What the 2016 presidential election winner will ride in

Either Trump or Clinton will get very familiar with this limo. The current presidential limousine, which is referred to as "The Beast," will be altered for the next President of the United States. Our photographers managed to capture the vehicle testing.

" The Beast 2.0" will follow closely behind the current presidential limousine that's built upon a rugged commercial truck chassis and has a sedan-like body. Instead of wearing styling details from the now-retired Cadillac STS, the new presidential limo appears to borrow looks from the latest Escalade and the CT6 sedan. The bomb-proof prototype is wearing LED headlights, has a more angular grille that features Cadillac's wreathless crest, and ditches regular antennas for a shark fin unit.

Other than these changes, the Beast 2.0 should still be able to house seven passengers and have enough protection to be one of the safest vehicles on the planet. The prototype looks like it's higher off the ground, as well, which should help the next president to avoid an embarrassing moment.

There's no word on whether the Beast 2.0 will be ready in time for the next president presidential inauguration in January, but our photographers report that GM recently stepped up its testing for the limousine at its Milford Proving Grounds. 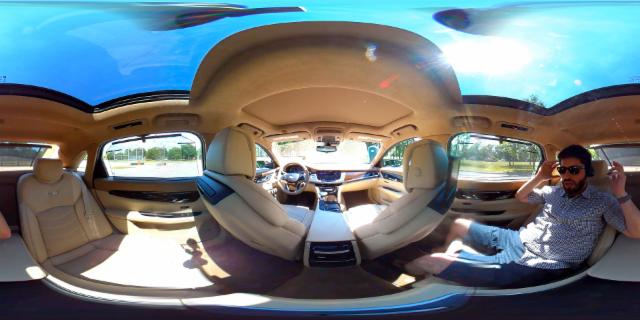