On the flip side, Texans and Pennsylvanians are still skeptical.

Joel Patel
Volvo has set a precedent on packing its vehicles with autonomous technology by teaming up with other companies and giving drivers the ability to try out its technology in the real world. Volvo's latest survey, however, revealed some interesting data on which states are ready to accept autonomous vehicles.

According to Volvo's ongoing survey, "nine out of ten New Yorkers and 86 percent of residents in California feel that autonomous cars could make life easier." Comparatively, drivers in Pennsylvania, Illinois, and Texas aren't as convinced. "Only about half (52 percent) of Illinois respondents would trust an autonomous car to make decisions about safety, 10 percent less than the national average," states Volvo.

While the data reveals that Americans vary in their outlook on autonomous vehicles, the survey displays the common concern about the speed, or lack thereof, at which local authorities and government agencies are planning for autonomous vehicles. In addition to agreeing over how slow governments are, the majority of drivers – 68 percent – believe that old-fashioned driving is a luxury that needs to be preserved. The survey, according to Volvo Car USA President and CEO Lex Kerssemakers, confirmed that consumers interested in autonomous vehicles still want freedom behind the wheel.

With roughly 50,000 responses worldwide, Volvo Cars' Future of Driving survey is one of the largest online consumer conversations about autonomous vehicles to date and reveals that the majority of drivers are behind handing the controls over to computers. 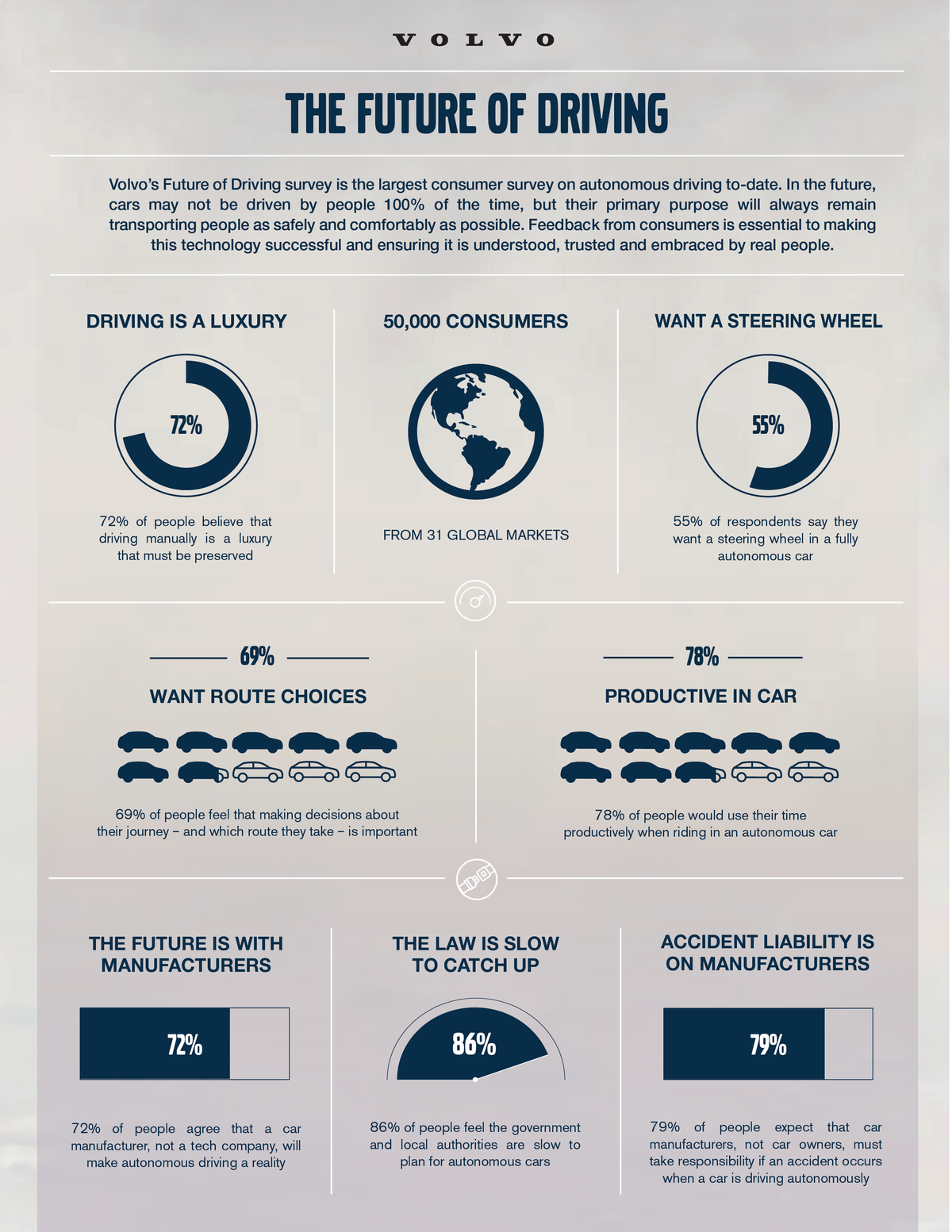