Pete Bigelow
Five companies arguably leading the worldwide effort to develop autonomous cars said Tuesday they're forming an organization to lobby the federal government to better prepare America's roads for self-driving technology. The founding members include some of the biggest companies in the automotive, autonomous, and ride-sharing realms – Ford, Google, Lyft, Uber and Volvo.

Operating as the "Self-Driving Coalition for Safer Streets," they aim to work with lawmakers and regulators to clarify a disparate set of rules and regulations at both the state and federal levels that could hinder the deployment of autonomous cars.


"The U.S. risks losing its leading position due to the lack of federal guidelines for the testing and certification of autonomous vehicles." – Hakan Samuelsson

David Strickland, a former administrator of the National Highway Traffic Safety Administration who issued the first set of autonomous-related policies in that role (pictured below), will serve as the group's counsel and spokesperson. "The best path for this innovation is to have one clear set of federal standards, and the Coalition will work with policymakers to find the right solutions that will facilitate the deployment of self-driving vehicles," he said in a written statement.

In January, Transportation Secretary Anthony Foxx said his department would accelerate efforts to craft such federal standards. Those efforts include holding two public hearings on standards, the second of which is scheduled to be held Wednesday in Palo Alto, California. Foxx signaled the intent to deliver them by June.

Google has been leading the efforts to ensure such standards are national in scope, warning their cars could run afoul of state-specific laws should they cross state borders or if standards varies between the federal efforts and regional ones. 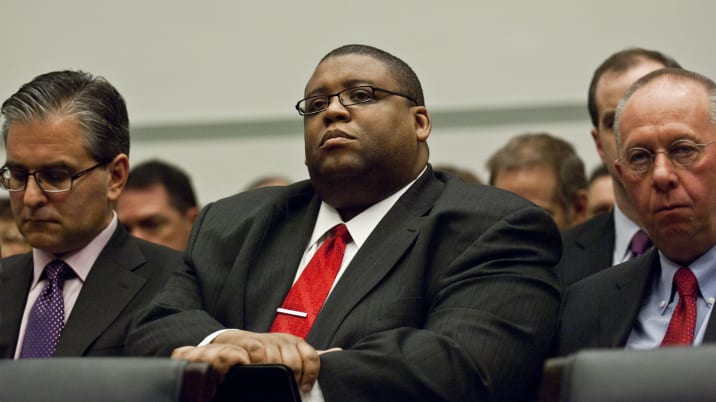 The complexity of such efforts was underscored recently, when NHTSA agreed that Google's software could be considered the driver of a vehicle for the purpose of meeting federal motor vehicle standards, an interpretation that would conflict with preliminary California rules that mandate a licensed driver operate a self-driving car that comes equipped with human controls like a steering wheel and brakes.

Volvo has been pushing the federal government to resolve such inconsistencies for more than a year. Last fall, the company hosted an event in Washington D.C., at which CEO Hakan Samuelsson warned "the US risks losing its leading position due to the lack of federal guidelines for the testing and certification of autonomous vehicles."

Coalition members said the arrival of self-driving cars will offer new mobility choices for people who can't drive themselves, such as elderly or disabled Americans, and that they would provide a safer automotive alternative than the current transportation system. More than 33,000 Americans were killed in traffic accidents last year, and an estimated 94 percent of those accidents were caused by human error or behavior.

"We fully believe autonomous vehicles will help people travel more safely and efficiently, as well as facilitate mobility for those currently unable to drive," a Ford spokesperson said. "The Coalition will work together to advocate for policy solutions that will support the deployment of fully autonomous vehicles."