LeEco really wants the world to know it isn't just about TVs and smartphones. After the announcements of its investment in Faraday Future and Aston Martin earlier this year, today LeEco showed off its very first electric car that actually moves. The LeSEE vehicle was driven out of a container from one end of the stage, and later, CEO Jia Yueting did a live demo of its self-driving and self-parking capability using voice commands via a mobile app, albeit moving in low speed due to the limited space, as you can see in the video after the break. There's no mention of specs and the English subtitles suggest that this is more of a concept car at the moment, but it does appear to be a solid start.

As an investor of China's car-hailing app Yidao Yongche, LeEco envisions its future LeSEE cars to form a fleet of autonomous taxis, with their front lights indicating their availability using various colors. In the official video, the car has conventional front doors and rear suicide doors, and somehow, the back seats can apparently adapt to the shape of the passengers' bodies -- yep, smells like a concept. There are, however, touchscreens behind the front seats which can obviously take advantage of LeEco's rich video entertainment. Jia added that the car will also do face recognition and self-learning, but we'll have to wait for a future demo on those. 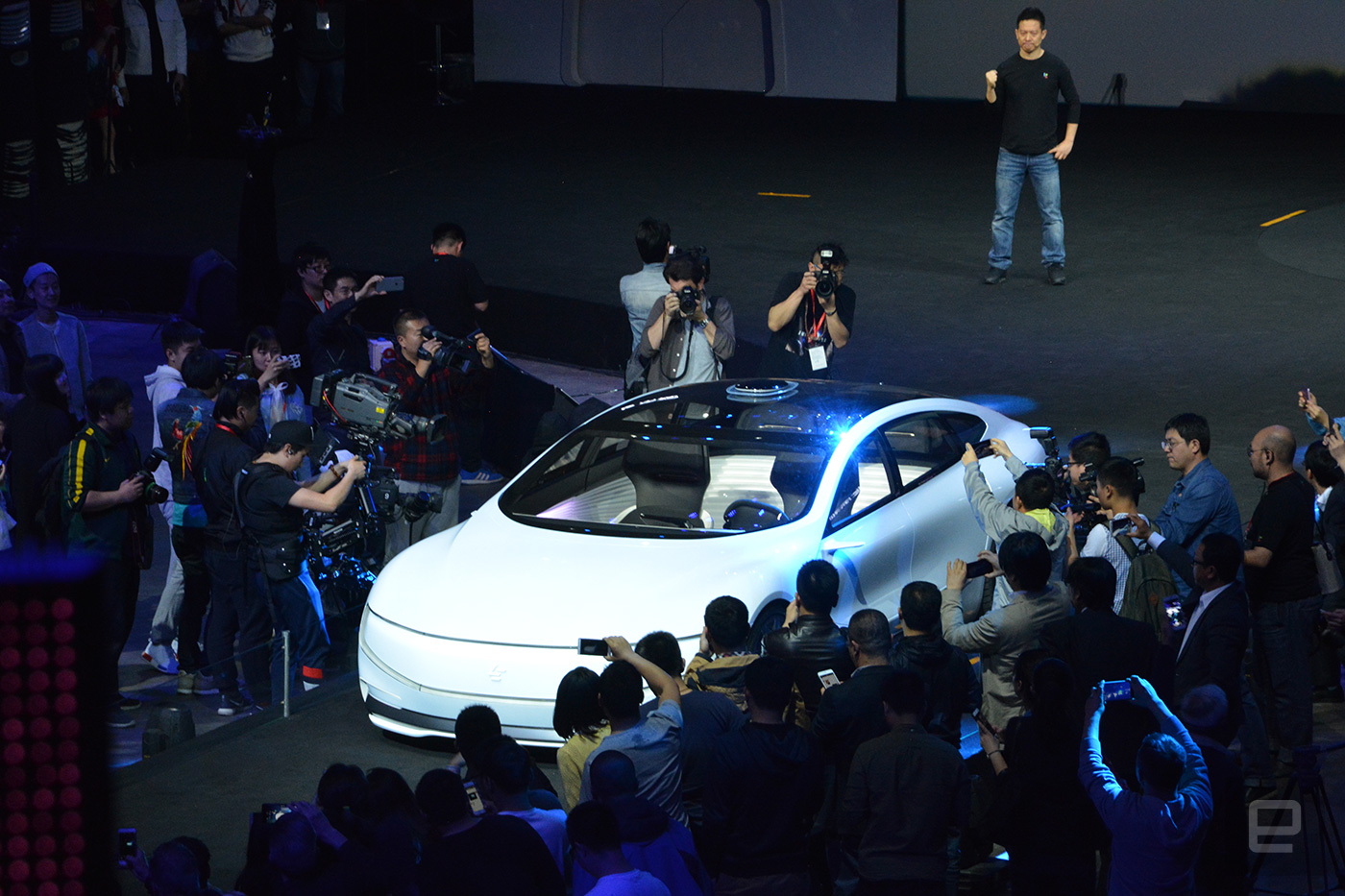 The first LeSEE electric car will make its proper debut at the Beijing Auto Show on April 24th, and there's any new info to share then, we'll keep y'all posted.

This article by RIchard Lai originally ran on Engadget, the definitive guide to this connected life.