Yes, cops can pull you over for an obscured license plate

Got a bike rack or trailer hitch? One court says that's reasonable grounds for a traffic stop.

Pete Bigelow
Most states have laws that require car owners to ensure their license plates remain visible and clear of obstructions. In practicality, that can be cumbersome. Trailers, trailer hitches, bike racks and other ordinary vehicle equipment can often restrict that view.

If that equipment blocks the view of a license plate, the Michigan Supreme Court says that constitutes reasonable grounds for a traffic stop.

Issued earlier this week, the ruling stems from a case in which a driver was stopped because a bumper-mounted towing ball blocked one of the seven characters on the license plate of a Ford Ranger pickup truck. County deputies could not discern whether the plate read "CHS 6818" or "CHS 5818," the latter of which belonged to a registered Chevy Equinox.


Motorists should recognize that "common conduct may lead to what some might consider harsh consequences." – Michigan Supreme Court

Upon pulling the motorist over to the side of the road because of the obstructed plate, the deputies determined the correct plate was "CHS 6818," properly registered to the Ranger. But they also smelled marijuana, and further search found marijuana, cocaine and a handgun.

The defendant argued the traffic stop violated his Fourth Amendment right that protects against illegal search and seizure because the obstructed license plate didn't amount to "reasonable suspicion." A trial court agreed, with the majority saying Michigan's statute was "unconstitutionally vague" and that it "casts a net so wide that it could be construed to make ordinary car equipment illegal." 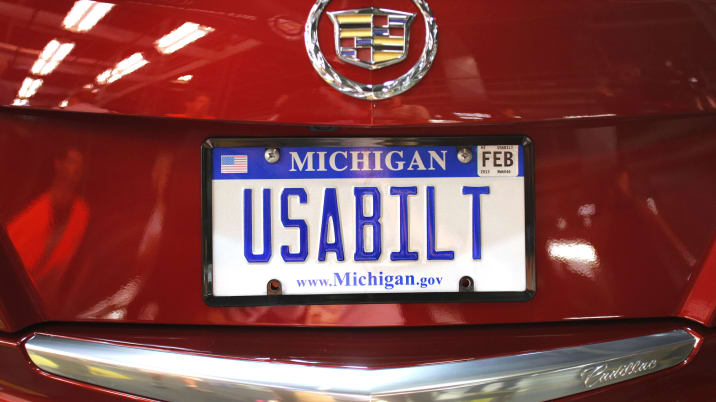 But Michigan's Supreme Court reversed that ruling this week, concluding that motorists "quite clearly" have a duty to ensure no foreign materials are adhered to their plates or that other factors within the control of drivers don't obscure license plates. Their conclusion serves as a warning to others traveling in the state.

"We are cognizant that Michganders' vehicles commonly have items such as trailer hitches and bicycle racks attached to them," and that means motorists should recognize that "common conduct may lead to what some might consider harsh consequences."

The ruling is the latest in a series of unrelated court cases at federal and state levels that centered upon motorists' rights under the Fourth Amendment. Among them: