Four takeaways from the Congressional hearings on self-driving cars

Pete Bigelow
Self-driving car executives and Congressional leaders alike warned this week that the lack of a cohesive national policy toward autonomous vehicles would hinder their development. But that wasn't their only concern.

As much as federal laws and rule-making were needed, they said industry leaders and third-party institutions also need a place to test their cars and examine results if the US is to maintain its leadership on autonomous development.

"We've heard countries like Sweden, Korea, China, and Japan have already established these test sites," said Sen. Gary Peters (D-Michigan). "We need to do it as well."

"Not a day goes by that a company from China isn't trying to recruit engineers from our team and poach talent." – Chris Urmson


Peters has endorsed efforts to establish such a national testing ground on the site of a former General Motors factory in Ypsilanti, Michigan. Early plans for the site call for a 335-acre high-speed testing facility that could specialize in high-speed autonomous and connected-car evaluations. President Obama recently proposed $3.9 billion over 10 years for autonomous and connected car development, and Peters is hopeful a portion of that funding could be allocated toward the facility.

The Senate Commerce Committee held Tuesday's hearings to examine advancements in autonomous technology and the appropriate role for the government in accelerating and regulating self-driving cars. Asked by Peters if they supported the creation of such a national center, the group of executives on hand to testify, which included representatives from Google, Lyft, General Motors, Delphi Automotive and a professor from Duke University, largely affirmed.

The most interesting answer came from Chris Urmson, director of Google's self-driving car project. In addition to testing on a closed campus, Google tests its cars on public roads in California and recently expanded that testing to Austin, Texas, and Kirkland, Washington. With so much testing already beyond a closed environment on public roads, would Google, perhaps the US leader on autonomous development, have use for such a facility? Urmson (pictured below) sidestepped the question. 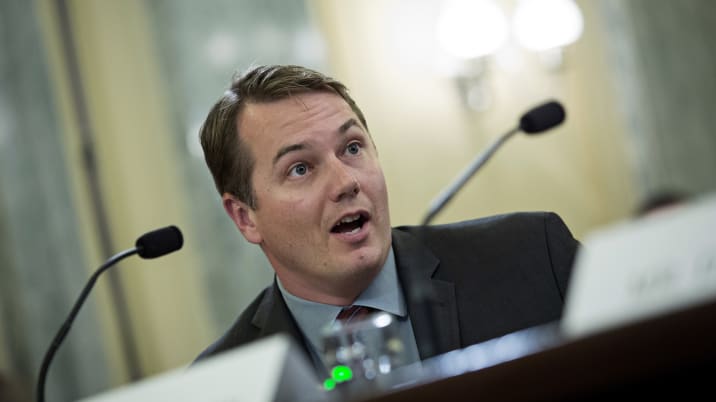 "We very value the opportunity to test in all kinds of weather conditions, and that's one reason why we've done as much testing as we have in different locations," he said. "We'd love to learn more."

During a separate portion of the two-and-a-half hour hearing, Urmson seemed more concerned with another factor threatening the country's position as an autonomous leader.

"America is currently very much in a leadership position in this space," he said. "That said, Europe, China, Japan, they're hot on our heels. Not a day goes by that a company from China isn't trying to recruit engineers from our team and poach talent."

General Motors' $500-million investment in ride-hailing company Lyft was on full display for Congress on Tuesday, as executives from both companies projected that ride-sharing companies would be among the first to deploy autonomous cars at a widespread level.

But perhaps a representative from Cruise Automation, a company acquired by GM just last week, would have been a valuable member of the panel. Congressional leaders had a lot of questions about retrofitting the existing fleet for autonomous use, and Cruise had pursued retrofitting technology until abandoning the idea last year. It became clear Tuesday GM has no plans to jumpstart the concept.

"We don't see this technology as applicable to retrofit a vehicle," said Mike Ableson, GM vice president for strategy and global portfolio planning (pictured below). "To do autonomous vehicles safely, you need to have a system designed for redundancy, and that's not here today. So the idea that you could somehow take that system and do it isn't practical. We don't see a path to be able to do that." 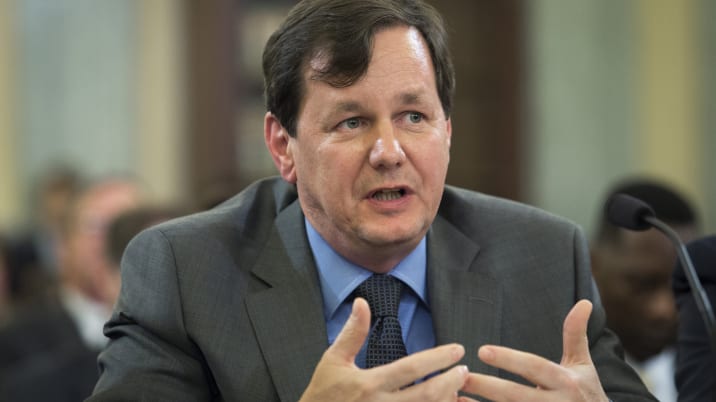 As Congressional hearings go, Tuesday's proceedings tilted toward innocuous. The only true disagreement between committee members and the panel of experts came when Sens. Ed Markey (D-Massachusetts) and Sen. Richard Blumenthal (D-Connecticut) asked the industry leaders if they supported mandatory privacy restrictions for personal data streaming off self-driving cars.

Markey authored a report last year titled "Hacking And Tracking" that concluded automakers were unprepared to thwart car hacking and had opaque standards for gathering, storing and sharing consumer data collected from cars. He has sponsored legislation that would, among other things, rate the effectiveness of cyber protections and prohibit manufacturers from disabling certain functions, like navigation, if consumers declined to share that data.

"The fact of the matter is these cars will be one big data-gathering machine." – Mary Louise Cummings


Executives hemmed and hawed when Markey asked them to support mandatory standards for privacy. They all dodged his request for a yes or no answer and concurred that they all hold themselves to their own privacy policies in place. Markey replied, "We don't pass murder statutes for our mothers. They're not going to murder anybody. We do it for the people who might murder others. So we have some sort of standard."

Mary Louise Cummings, director of the humans and autonomy lab at Duke University, the only non-industry representative on the panel, agreed with the premise of a standard.

"The fact of the matter is these cars will be one big data-gathering machine," she said. "Right now, the cars really do need to talk to each other and manufacturers, for the near-term need to talk, but they are going to gather a lot of data and it's not clear who is going to be doing what with that data." 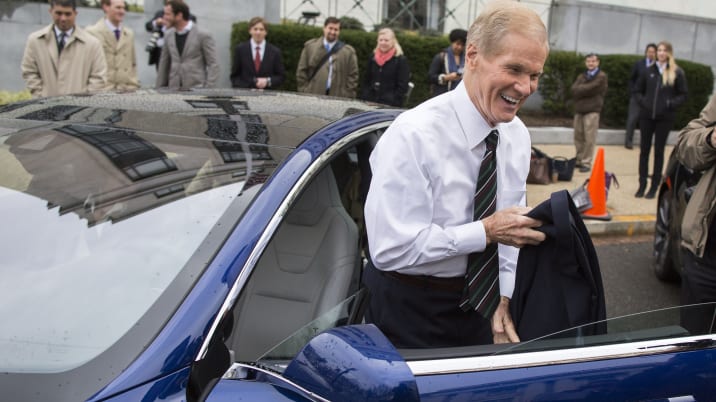 The auto industry's track record of obfuscating and hiding records related to safety and defect wasn't lost on the Senate subcommittee Tuesday, but it remains to see what effect that will have in the trust between government and industry as they hash out autonomous regulations.

Highlighting the General Motors and Takata as two of the top safety crises that have plagued the industry, Sen. Bill Nelson (D-Florida), pictured above, said the stakes are even higher with self-driving cars. He rode in a Tesla Model S P90D around Washington D.C. prior to Tuesday's hearings.

"You can imagine what would happen to get an autonomous vehicle hacked out on the road," he said. "One small defect could end up with a massive safety crisis. So no more cover-up, no more head-in-the-sand approach to safety."