The mad genius of killing the Dodge Dart and Chrysler 200

Michael Austin
Sergio Marchionne isn't crazy. At least not with respect to the recent announcement that Fiat Chrysler Automobiles will cease production of the Dodge Dart and Chrysler 200. Instead of crazy I'd call this CEO ruthlessly pragmatic, and perhaps short-sighted. The latest revisions to FCA's most recent five-year plan tell some truths about the company's finances. In other words, it can't afford to build mainstream sedans.

With only 87,392 units sold in 2015, the Dart is an also-ran in the segment. The axe falls easily there - Chrysler hasn't had a compact-car hit since the second-generation Neon. The 200 isn't so cut and dried: Last year sales increased 52 percent, and the 177,889 total for 2015 is more than those for the Subaru Legacy and Kia Optima. But looking at the overall FCA picture the Chrysler 200 has to go, at least from a short-term perspective. The vehicles that make big money – Ram trucks; Jeep's Cherokee, Grand Cherokee, and Wrangler – can't be made fast enough. FCA can't afford to idle the 200's Sterling Heights, MI, assembly plant to cut back on inventory when other plants are running flat out.

It seems crazy to throw away 265,000 sales, but FCA is leaving money on the table by not building more profitable vehicles. The Wirecutter's Senior Autos Editor (and former Autoblogger) John Neff agrees. "As bold as it looks from the outside, he's really making a safe bet that their money is better spent on designing better and building more crossovers and trucks. He's probably right about that."

But according to Jessica Caldwell, Executive Director of Strategic Analytics at Edmunds, "FCA's strategy of eliminating the Dart and 200 might be short-sighted if gas prices were to rise and Americans, once again, flocked to small vehicles. FCA must have plans to expand the lineup of small SUVs and position them as small-car alternatives in terms of price and fuel efficiency for this strategy to make sense." 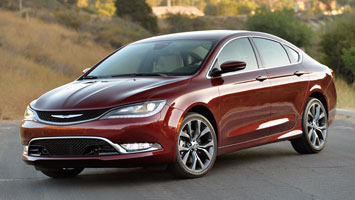 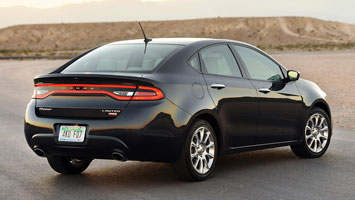 FCA's latest announcement focuses mainly on the profitable brands and nameplates. There's hardly a mention of Chrysler, Dodge, or Fiat.

And future planning is where the plot holes appear. This realignment cuts dead weight from the product portfolio, but FCA's latest announcement focuses mainly on the profitable brands and nameplates. There's hardly a mention of Chrysler, Dodge, or Fiat. So what's Sergio up to? David Sullivan of AutoPacific thinks Marchionne is still looking for another CEO to hug.

"This is FCA's diet plan before the wedding to shed unwanted weight and to pad the bank account. It's not a long-term plan but more of a Hail Mary pass to tidy up their appearance for an imminent tie-up with someone. There are plenty of brands with car-heavy lineups that Jeep and Ram would match up well with, but no one wants to deal with the baggage that is 200 and Dart."

But who would have them? VW is still reeling from the emissions scandal, but an FCA tie-up would immediately provide SUV volume, a weak spot in the German company's American lineup. Or Hyundai could swoop in, eager to become a full-line automaker. Heck, Marchionne keeps beating the partnership drum so hard, don't be surprised to see a Chinese manufacturer step up.

Killing the Dart and 200 is basically an admission by FCA that it can't make a competitive product in these segments. Either the profits or the sales potential is too low. And if the company is healthier without those cars, so much the better. But lacking a backup plan if a merger never materializes or fuel prices spike, Marchionne could land Chrysler in worse shape than when Fiat first came to the rescue.