Plus: Analysis On The BMW-Toyota Sports-Car Deal, Jeep's Hellcat, And GM's Maven Play

Greg Migliore
President Obama took a victory lap of sorts this week at the Detroit Auto Show, lauding the industry's progress and reflecting on the decision to bail out General Motors and Chrysler seven years ago.

While the rescue was controversial at the time, historians will likely judge the president's actions to help save two of America's industrial symbols in a positive light. Much like Theodore Roosevelt's trust-busting tactics were controversial in the early 20th century, Obama's plan drew fire from critics who argued the free market should be left to its own devices.

But providing financial aid and forcing the automakers to restructure had an enduring impact on the US economy. The auto industry has added more than 646,000 jobs since the companies emerged from bankruptcy, including manufacturing and retail positions.

Make no mistake, GM and Chrysler were nearly dead in 2009. Now, GM is a powerhouse that's set to capitalize on a market that could see 18 million vehicles sold this year. Chrysler, which was renamed FCA US, survived as part of the Italian-American Fiat Chrysler Automobiles conglomerate. It's also performed well amid the strong industry conditions, though CEO Sergio Marchionne very publicly went looking for alliance partners last year, something from which he's since backed off.

While Obama can claim a win, the bailout was actually started by George W. Bush, who provided short-term loans to GM and Chrysler in December 2008. Without that, they might not have made it much past Obama's inauguration.
NEWS & ANALYSIS 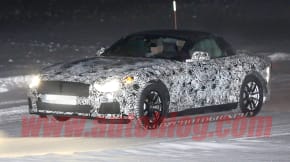 Analysis: The upcoming Z4 (which might be called the Z5) looks sharp. But the big deal is that BMW's much-anticipated sports-car project with Toyota is coming to fruition. Refresher: BMW and Toyota agreed to work together back in December 2011 and then announced an expansion of that deal to include sports cars in June 2012. Ultimately, it will provide BMW with a new Z4 and Toyota with another sports car, perhaps the Supra replacement. BMW is developing the platform, while Toyota is expected to chip in with hybrid technology. Big picture, this project is a good thing. It's providing enthusiasts with two modern sports cars that Toyota and BMW might not chose to develop on their own. This template has been shown to work, as the Fiat-Mazda alliance produced the MX-5 Miata and 124 Spider. 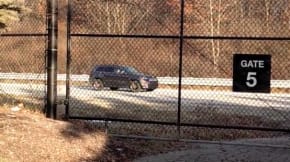 Analysis: Hell Yeah! It was a good week in spy shots. A vehicle we think is the demonic Jeep variant was captured on a brief cell phone video. While there's not a lot to see, we think we hear a supercharger whine as the JGC powers ahead. It could run the 6.2-liter V8 used by the Charger and Challenger Hellcats, which is rated at 707 hp under their hoods. The prototype in the video looks like it's running a four-wheel-drive system. We've also heard rumblings it will wear the Trackhawk name, which sounds equally cool. Jeep CEO Mike Manley confirmed this beast will happen, and we're expecting it as a 2018 model. Jeep is in a good place right now. With sales up 22 percent around the world last year, why not splurge a little on some raw power? 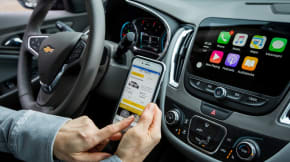 Analysis: Don't doubt that GM is serious about the next wave of personal mobility solutions. It's launched a car-sharing service in Ann Arbor, MI, to serve students and staff at the University of Michigan. The recent news, including the $500-million Lyft buy-in and the acquisition of Sidecar's assets, telegraphed GM's strategy, and the automaker is being aggressive in its rollout. Maven will expand to other metro areas later in the year, and then launch in Chicago with a residential focus in 2016. Though it is starting in a college town, Maven should illustrate the broader potential for car sharing services in the United States. Maven also consolidates some of GM's existing mobility solutions under a single brand. Did you know Let's Drive NYC was a GM thing? The automaker has clearly made future mobility a priority.