In A Series Of Moves, GM Reinvents Itself As A Mobility Company

GM executives unveiled their latest foray into the shared transportation economy Wednesday, announcing the creation of a new car-sharing service called Maven that will allow customers to use cars for as little as $6 per hour. Using an app on their smartphones, customers can search for and reserve vehicles by location or car type, then drive them away from designated locations.

The first market for the service will be Ann Arbor, Michigan, where a fleet of 21 cars will be available immediately, and General Motors has plans to quickly expand the service to other cities in the United States.

Maven's debut comes only days after GM purchased some assets of defunct ride-sharing service Sidecar for an undisclosed sum, and weeks after the automaker invested $500 million in ride-sharing service Lyft. Along with the creation of the utilitarian Chevy Bolt electric car, GM is moving quickly to transform itself into something more than just a carmaker.

"We're putting in place all the building blocks," General Motors president Dan Amman said. "With an autonomous, on-demand network, short-term rental hubs, and all the new activities. Maven is a part of that, and obviously we're bringing the Bolt EV to market to support these kinds of initiatives. ... There's a whole lot of pieces coming together, and this is all part of a very comprehensive approach to what we are doing as we see the world changing."


"The goal is to integrate it in the everyday routine of customers." - Julia Steyn


A University of Michigan study released Tuesday showed that a lower percentage of Americans are obtaining their drivers licenses. Transportation Secretary Anthony Foxx said last week the country's population is expected to grow by 70 million people over the next quarter century. As the US increasingly urbanizes into 11 mega-regions, he said it does "not have the infrastructure to accommodate this growth."

Increasingly, urban planners and big companies like GM see new mobility solutions like car-sharing, ride-sharing, autonomous and alternate-powered vehicles as potential solutions. Globally, GM says four to six million people are already using car-sharing services and the company anticipates that will grow more than four-fold by the end of the decade. Of course, millions more are already using ride-sharing services like Uber and Lyft. Between Maven and its stake in Lyft, General Motors now has a foothold in both the ride-sharing and car-sharing models. 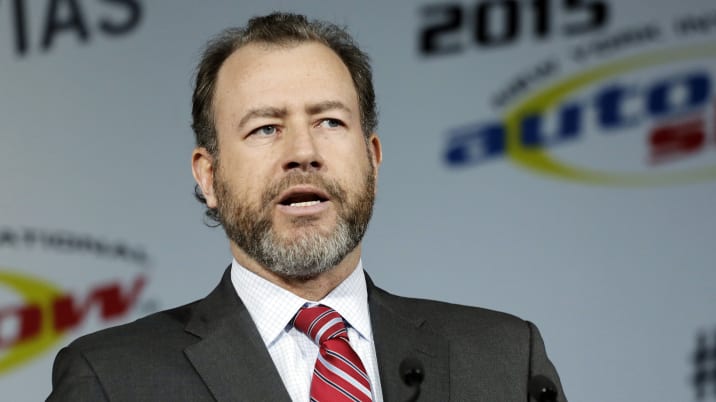 At first glance, it might make sense to view GM's interests in these service-based models as a bulwark against declining car ownership. But Amman (pictured above) says in scenarios where cars that are shared are utilized multiple times per day, that such a model can also be financially rewarding for a car company like GM.

"We see the emergence of car share and ride sharing, in general, as much of an opportunity for GM than it is a threat," he said. "The thing that really changes between a shared model and a car-owner model is that the car is used in a much more efficient way. Now, cars are idled 95, 96 percent of the time. Utilization in shared can go up quite dramatically, and that makes the economics good for the customer and the company."


" This is all part of a very comprehensive approach to what we are doing as we see the world changing." - Dan Amman


General Motors isn't the only automaker seeking to enter this market. Ford CEO Mark Fields has said his company is working on a similar project, and earlier this month at CES, he said Ford is funding 25 global mobility experiments and tripling the size of its autonomous testing fleet.

GM says 40 employees have been working on Maven, and that team will grow by approximately 20 with the acquisition of Sidecar. They'll work closely with the existing OnStar team, as the automaker believes building a connected experience around the car-sharing is essential for customers. Apple CarPlay, Android Auto and 4G LTE connections will be available in all the cars. Amman said the Chevy Volt and Chevy Spark will each cost customers $6 per hour to use. A Chevy Malibu would cost $8 per hour or $56 per day. A Chevy Tahoe costs $12 per hour or $84 for a full day. Customers don't have to pay for gas. Each car comes with a gas card linked to a customer's ID.

Full-day rates are more than what a typical rental-car company would charge, but GM sees the potential in car-sharing geared toward customers who only need a vehicle for a short duration of time.

"The goal is to integrate it in the everyday routine of customers," said Julia Steyn, GM's vice president for urban mobility programs. "Our goal is to make it an everyday life event."