Pete Bigelow
It's been a banner month for self-driving cars. At CES, at least a dozen companies made significant announcements related to autonomous vehicle development. They showcased cars that parked themselves, introduced computers capable of processing trillions of driving scenarios per second and paraded self-driving demonstrations along the Las Vegas Strip. For a few days, the future of transportation was there for anyone who cared to step away from a blackjack table to witness.

With all the enthusiasm and urgency, it'd be easy to believe fully autonomous vehicles – the kind that allow an occupant to read a book or watch TV while en route to their destination – will be coming around the corner at any moment. That's not necessarily the case.

" It seems like this is imminent, but I think the industry has grasped that it's not going to happen soon." - Jack Nerad

In Las Vegas, many automakers committed to bringing semi-autonomous features to the marketplace by 2020. A few, like Tesla Motors and Volvo, are bringing autonomous features today. But when it comes to Level 4 automation, which the government defines as a car that can make all critical decisions for an entire trip, it's going to be a longer wait. Automotive executives who spoke during CES and the North American International Auto Show say it's at least a decade away. Maybe longer.

Kia joined the autonomous party at CES, making the first major announcement related to its development of autonomobiles. The South Korean automaker, which recently started testing a Kia Soul electric vehicle on Nevada roads, said the arrival of its first fully autonomous vehicle is targeted for 2030. 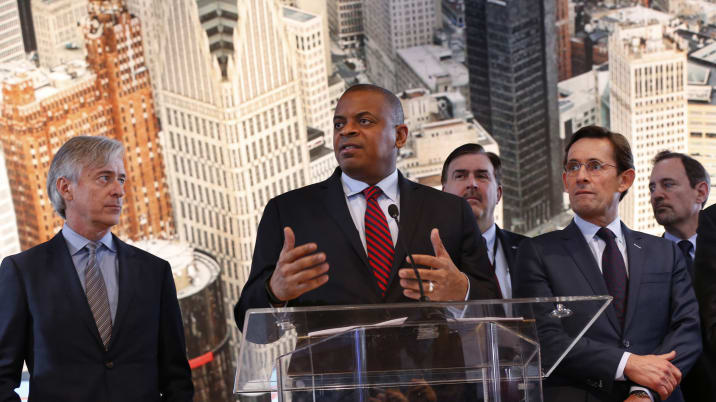 Questions over liability in the event of accidents are one roadblock. Volvo, which will deploy semi-autonomous features in its new S90 sedan, made headlines in October when it announced it would accept responsibility for accidents caused by its autonomous technology. Mercedes-Benz and Google followed suit, but so far, other automakers haven't embraced that responsibility.

"Autonomous parking isn't exciting. It's not what we're waiting for." - Amnon Shashua


Regulatory hurdles and outdated provisions in the federal motor vehicle safety standards are another. Regardless of when the technology arrives, Foxx, at the podium in the picture above, is prudent to address policy now, before states do that themselves and automakers face an uneven patchwork of ever-changing laws. Last month, California took a step in this direction, issuing preliminary rules that require a driver be capable of intervening if needed in the operation of a vehicle, a development that made Google, which envisions a car without a steering wheel, "gravely disappointed."

But the problems are also technical. Though there's a common refrain throughout the auto industry that technology is ready to be deployed, recent documents released by the California Department of Motor Vehicles suggest that's not accurate. Seven automakers who operated autonomous cars on the state's roads in 2014 were recently required to report incidents in which autonomous technology disengaged and driving acts required human intervention. 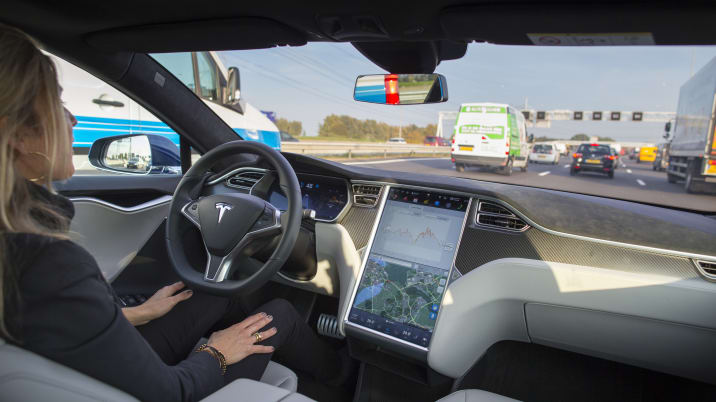 "There's too many technical difficulties," said Jack Nerad, executive market analyst for Kelley Blue Book. "It has to drive in the right weather conditions, on clear roads during the daytime in a place where it understands the road signs. ... It seems like this is imminent, but I think the industry has grasped that it's not going to happen soon."

Tesla Motors reported zero disengagements, but the company declined to say how many cars it tested on public roads or how many miles its fleet had logged. That doesn't mean the company is without autonomous challenges. Last week, it rescinded certain aspects of its semi-autonomous Autopilot system that had been installed via over-the-air updates in October. The most recent update restricted Autopilot operations to roads that contained a divider. Tesla also updated the cars so they would slow down while navigating curves in the road, mimicking the same actions as a human driver.

Amnon Shashua, chief technology officer at Mobileye, a tier-two supplier that makes components for several parts of Tesla's Autopilot and advanced safety systems, laments the long road toward full autonomy. Initial advances like Autopilot aren't as exciting to him as the disruptive potential of Level 4.

"Autonomous parking isn't exciting. It's not what we're waiting for," he said at CES. "Autonomous driving is exciting because it has the potential to transform transportation. ... Having an Uber or Lyft type vehicle that picks up passengers without a driver, that's a very attractive business case. Our cities being swarmed by pods shuttling people back and forth. This requires full autonomous, and this is where the excitement comes. Not on the highway."