Pete Bigelow
One of America's most popular vehicles contains a security flaw that allows hackers to remotely commandeer it from anywhere on the planet. Cyber-security researchers Chris Valasek and Charlie Miller say they've accessed critical vehicle controls on a 2014 Jeep Cherokee that allowed them to remotely control critical vehicle functions like braking, transmission function, and steering.

Automakers have downplayed the possibility a car could be remotely compromised, but the significance of the findings detailed Tuesday could cause them to reevaluate the threats posed to hundreds of thousands of vehicles already on the road. A key finding – the pair needed no physical access to the Jeep to pull off the attack.

Valasek and Miller accessed the controls via a security hole in the Sprint cellular connection to Chrysler's UConnect infotainment system. In the course of their research, Valasek sat in his Pittsburgh home and remotely manipulated Miller's Jeep as he drove along a highway outside St. Louis. If you know a car's IP address, they say, a hacker could control it from anywhere. "We didn't add anything, didn't touch it," Valasek told Autoblog. "A customer could drive one of these things off a lot, and they'd have no clue it had these open attack surfaces."

Remotely, he disabled brakes, turned the radio volume up, engaged windshield wipers and tampered with the transmission. Further, they could conduct surveillance on the Jeep, measuring its speed and tracking its whereabouts. They conducted the experiments over multiple breaches.

They made their findings public on the same day the National Highway Traffic Safety Administration, the federal agency in charge of vehicle safety, released its latest report on the readiness of government and automakers to fend off these sorts of cyber attacks. Later today, two US Senators are expected to introduce legislation that would help consumers better understand the potential risks of car hacking.

In the early stages of their research, Valasek and Miller found a security flaw in the car's wi-fi that allowed them to remotely manipulate controls from a range of about three feet. But in recent months, they found another vulnerability in the Sprint cellular connection in the UConnect system. That was a key breakthrough. "Lo and behold, we found we could communicate with this thing using cellular, and then more research, and 'Holy cow,' we're using the Sprint network to communicate with these vehicles," Valasek said. 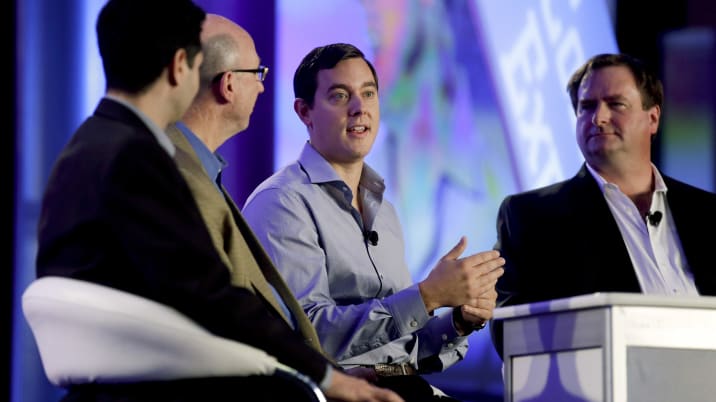 Valasek, senior vehicle research director at IOActive and pictured in the center above, said it was disquieting in the way they could utilize the Sprint network to monitor hundreds of thousands of cars. Although they said it might be difficult to pick a specific target among the cars using UConnect, they said it was possible. He'll share further details of the exploit in a 90-page white paper that will be released at the DefCon hacking conference, scheduled for Aug. 6 to 9 in Las Vegas.

The pair alerted Fiat Chrysler Automobiles to its findings first in October and allowed the company to create and distribute a patch for the vulnerability before announcing their findings. The fix isn't one automatically installed via an over-the-air software updates like the one BMW used to repair a cyber vulnerability earlier this year. Chrysler customers can either download and install the update themselves or ask their local dealership to install the updated UConnect version.

"The company takes this matter seriously and works to protect our customers and products form security and safety risks," a Chrysler spokesperson said in a written statement. "Indeed, the company monitors and tests the information systems of all its products to identify and eliminate vulnerabilities in the ordinary course of business."

While the white paper will include specific details on the vulnerabilities, Valasek said he and Miller will withhold crucial details that would allow others to replicate the remote attack because not all the cars will have been fixed.

Findings build upon two previous studies that Valasek and Miller, a security engineer at Twitter, have done. In 2013, they showed a car could be hacked, though with a physical connection to the car. In 2014, they analyzed the electronic architectures of several cars to determine which appeared most vulnerable. Because they required a physical connection in the first study and the second didn't include a hands-on examination, Valasek said automakers were eager to dismiss their findings. Now that they've conducted a remote breach, he says their findings are harder to discount.

"We wanted to clear up any misconceptions," he said. "We wanted to do it remotely so there's no misunderstandings."

Their work – details of a first-person experience are shared by WIRED – comes on the heels of renewed attempts by industry representatives to squelch this sort of independent research. In May, both General Motors and representatives from the Auto Alliance, an industry trade group, testified against a proposed exemption in copyright law that would allow third-party researchers to access vehicle software. A decision in that matter could come any day from the U.S. Copyright Office. 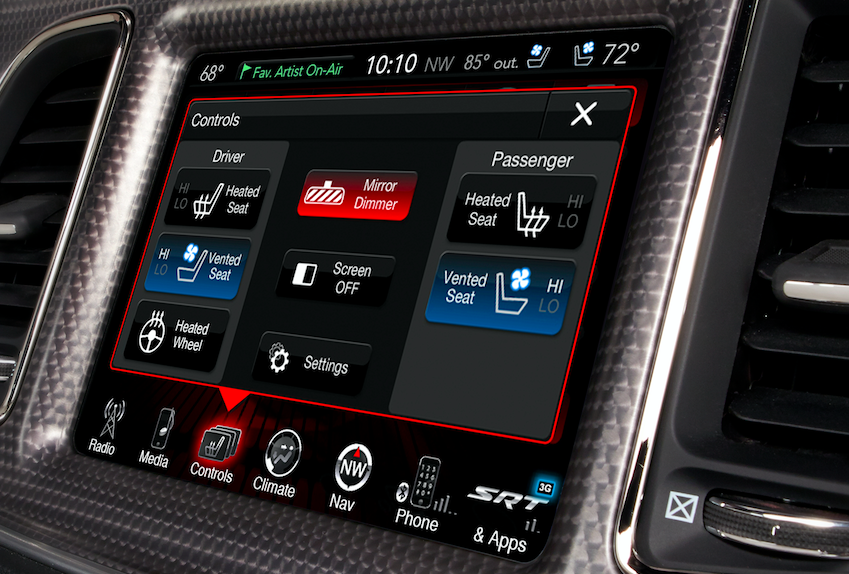 Last week, the Auto Alliance indicated it could seek similar prohibitions in Congress should the Copyright Office rule in favor of the researchers. "Automakers are facing pressure from the organized efforts of technology pirates and anti-copyright groups to allow the circumvention of protected onboard networks, and to provide hackers with the right to attack vehicles carte blanche under the auspices of research," the Alliance said in a summary of a letter the group sent to a Congressional subcommittee investigating the auto industry's ability to thwart cyber attackers.

Valasek said attempts to paint researchers like him as the problem are misguided, and that the UConnect problem could have been much worse had it been discovered by someone with malicious intentions.

"I think sometimes people like to paint us as the bad guys who are wildly dangerous, but in reality, we're trying to help the problem and raise awareness," he said. "We've done enough research where if you don't show everyone your hand of cards, people dismiss it. So the best thing to do is show them how it works, validate the patch and hopefully make cars more secure after this."
X