Kia is recalling 12,361 examples of the 2016 Sorento in the US because the accelerator pedal may stop working correctly. All of the affected vehicles were made between October 27, 2014, and January 29, 2015.

According to the recall documents submitted to the National Highway Traffic Safety Association, a capacitor on the circuit board for the accelerator assembly may be improperly soldered. This can trigger a fault, causing the 2016 Sorento enters Limp Home Mode or in some other cases go into Forced Idle Mode, which only allows idling speed. In either situation, the check engine or electronic stability control lights would likely illuminate, according to Kia. Still, if this fault occurs, the lack of acceleration can put drivers in danger.

To repair things, Kia will replace the entire accelerator pedal assembly with an improved unit. Changing out the parts will take about an hour, and obviously this will be done at no cost to owners.

According to the NHTSA documents, there have been no accidents or injuries as a result of this problem. You can also read Kia's FAQ to owners and the full report on the recall in PDF format, as well.

Show full PR text
RECALL Subject : Vehicle may not be able to Accelerate

SUMMARY:
Kia Motors America (Kia) is recalling certain model year 2016 Sorento vehicles manufactured October 27, 2014, to January 29, 2015. Due to an improperly soldered component in the accelerator pedal assembly, the driver may not be able to accelerate the vehicle.

CONSEQUENCE:
If the vehicle is unable to be accelerated, there is an increased risk of a crash.

REMEDY:
Kia will notify owners, and dealers will replace the accelerator assembly, free of charge. The recall is expected to begin in February 2015. Owners may contact Kia customer service at 1-800-333-4542. Kia's number for this recall is SC115. 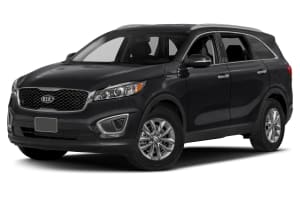