Progressing The Game, Just Not Changing It View All Specs
You'd be forgiven if you weren't fully aware of this vehicle's existence. While the Soul EV is a big deal for Kia, as it marks the Korean brand's first foray into the world of pure electric vehicles here in the US, it simply has not a been able to garner much regard from the average car fan or, really, the automotive press.

As a green car, it has to be tough to compete with Elon Musk's remarkable ability to consistently hold our attention with nearly everything he touches at Tesla. Add that to the fact that the Soul EV doesn't offer a ton in the way of aesthetics to differentiate itself from its gasoline-powered sibling – save a few tweaks here and there – and its limited initial availability (CA only for now), and you end up with a vehicle that just isn't on a lot of people's radar. And that's too bad.

You see, none of the above is meant to imply that this is a bad car. In fact, as you read through our driving notes, you'll see that the reality is actually the opposite: Kia has a genuinely solid product on its hands.

Driving Notes All told, this is one of the better EVs we've driven over the past couple years. That speaks to both Kia's aptitude for making a green vehicle, and just how much the genre has improved in a relatively short period of time in regards to their range, cost and overall driver experience. Heck, compared to the Nissan Leaf, this thing feels downright posh.

The Soul EV is not going to change the landscape of alternate-fuel vehicles, but it's a legitimately nice vehicle. For a driver in an urban area or for someone outside the city who wants something a little greener for grocery runs, this is a sensible and enjoyable option. 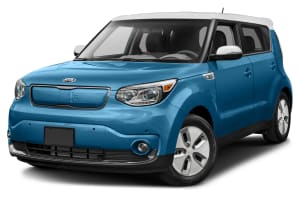