This year more than most, it's pleasant when we can string together a few days without word of an automaker or the National Highway Traffic Safety Administration announcing a bunch of new recalls. It's seemingly been a little quiet on this front lately (barring a spider-related Suzuki issue revealed early today), but now we have word of the government safety agency opening a Preliminary Evaluation into the 2013 Ford Explorer Police Interceptor, a probe that could potentially affect an estimated 20,000 vehicles.

The issue being investigated concerns failures of the front brake hose on the vehicle that show "small splits in the hoses near the body side ferrule of the hose assembly," according to the agency, and the issue could result in longer stopping distances. The feds have reports of 13 malfunctions affecting 11 Explorer units. However, it's important to note that all of the incidents come from a single, unnamed metropolitan police fleet that operates 46 of them. According to The Detroit News, the failures generally took place between December and July.

NHTSA is investigating further to find if this is a more widespread issue than just this one fleet. Ford spokesperson Kelli Felker confirmed to us , "We are cooperating with NHTSA on this investigation, as we always do." Scroll down to read the agency's report.
Show full PR text

Details
Manufacturer: Ford Motor Company
SUMMARY:
ODI received information from a metropolitan police fleet regarding problems with front brake hose ("jounce hose") failures in model year (MY) 2013 Ford Explorer Police Interceptor vehicles (VOQ 10621634). The police department reported 13 brake hose failures involving 11 vehicles from a fleet of 46 MY 2013 Explorer Police Interceptor vehicles. Inspection of the failed hoses showed small splits in the hoses near the body side ferrule of the hose assembly. A preliminary evaluation has been opened to assess the scope, frequency and safety-related consequences of the alleged defect in the subject vehicles. 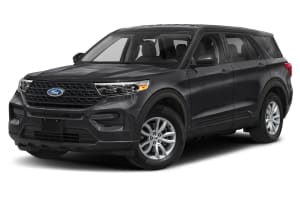 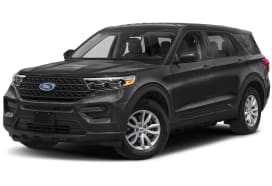 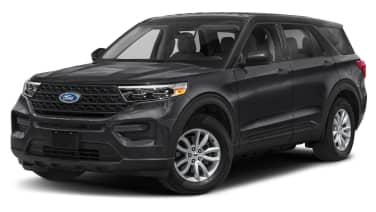 $155 - $1,653 Nat'l avg. savings off MSRP
See Local Pricing
I'm not in the market for a vehicle at this time. Please move this suggestion to the side for 30 days.
Huge Savings