The vehicle in question is the Ram 1500 – specifically the 2014 model, and more specifically than that, those made over the course of 12 days in late January and early February of this year. According to the statement below, Chrysler was notified by one of its transmission suppliers that a small shipment of gearboxes might have difficulty shifting into Park.

Although the Auburn Hills, MI-based automaker says it is unaware of any accidents or injuries having resulted from the issue, and has not received any specific complaints, it is notifying the owners of the 159 trucks in question to bring their pickups in for service and, if necessary, to have the entire transmission replaced.

Of those 159 units, 125 of them are located in the US. In correspondence with Autoblog, Chrysler spokesman Eric Mayne confirmed that, as of mid-March (when inventory was last taken on the VINs in question), 99 of those vehicles were still on dealer lots. A further 32 are in Canada, and two are located outside of North America and Europe.
Show full PR text
Statement: Transmission Cases

April 25, 2014 , Auburn Hills, Mich. - Chrysler Group is recalling an estimated 159 trucks to inspect and, if necessary, replace their transmissions.

A supplier advised Chrysler Group that a small shipment of its transmissions contain a defect that may prevent a vehicle from shifting into park.

Chrysler Group is unaware of any associated injuries, accidents or customer complaints.

Chrysler Group will contact owners of certain model-year 2014 Ram 1500 pickups and advise them when to schedule service.

The affected vehicles were built with eight-speed automatic transmissions during a 12-day period earlier this year. Service technicians will inspect these vehicles to determine if the defect is present; if so, their transmissions will be replaced at no cost to customers.

Vehicles subject to this campaign number approximately 125 in the U.S., 32 in Canada and two outside the NAFTA region. 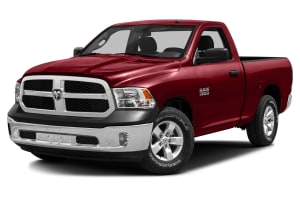