So far in 2013, Ford has sold roughly 600-700 Focus Electric vehicles, which can help put the fact that we have just four officially reported problems with something called the "Stop Safely Now" light into perspective.

We were re-alerted to the issue by reader and EV fan Richard S., who described the problem this way. After putting around 1,100 miles on his new car, he got his first "Stop Safely Now" warning. He writes:


During rush hour, with both of my kids in the car, I came to a stop as the frontmost vehicle at a stoplight at a busy intersection. When the light turned green, I pressed down on the accelerator and nothing happened. I though what the...? Next thing I know, in addition to the other cars honking, a warning chime went off, a yellow wrench lit up on my dash alternating with a warning which said, "stop safely now." This wasn't much of an option as the car was in drive, I had no way to move it to park, and pressing the on/off did nothing. ... I sat there trying everything I could think of for several lights, really afraid we would be rear ended. Eventually hitting and holding the on/off button made the power cycle and power was restored, and I was able to drive.

His Ford dealer was unable to find an abnormal diagnostic code that had been logged, and Richard claims he was told to come back if the light came back. He then called Ford customer support, but "they had no other suggestions on what to do." Like many of us, he then turned to the Internet, where he discovered he's not the only one to have experienced this issue.

As you can read on Inside EVs (where you see this is not a new problem), the National Highway Traffic Safety Administration ( NHTSA) website (search for complaint numbers 10512459 and 10512146 for examples) and some Focus Electric forums, this is a problem that's affected a number of drivers. Richard estimates at least 20. He told AutoblogGreen:

The reason I am so concerned about this is that I consider not having any power to avoid an accident is a real safety issue. The Ford Focus Electric is sold in extremely low volumes and the fact that so many owners are reporting the identical issue points to a singular defect. The fact that it is such a low volume vehicle could make the total number of incidents seem small compared to Fords high volume vehicles, but it is relatively large percentage of the total Focus Electrics.

This seemed legitimate, so we asked Ford directly, but all we got back was the following, from Ford's Amanda Zusman :

The Stop Safely Now warning appears in the Focus Electric in lieu of the Check Engine light that is found in naturally-aspirated vehicles. As with all vehicles, there are a number of different reasons why this warning may illuminate. If a customer's Check Engine or Stop Safely Now light illuminates, they should contact their dealer.

For Richard, this will likely be cold comfort. He told us:

I really love my car, and the technology. I just would like [Ford] to make finding a fix a high priority, before someone gets a dead car at the worst time and gets really hurt. I think this technology is a great option and want Ford to offer more not less, and can't imagine what impact of bad PR of someone getting injured would be on roll-out and adoption of a great alternative


Indeed. Anyone else out there have any experience with or ideas about this? 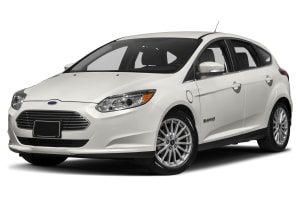