Nissan gives history lesson on how the Skyline legend was born

Jonathon Ramsey
The only reason we have the Nissan GT-R is because of the exploits of all those GT-Rs we didn't get, and it started with the first one, a model at the time called the Skyline GT, at the 1964 Grand Prix at Suzuka. It was there that modified Prince Motor Company Skyline sedans, only just homologated and never raced, took the green flag and drifted their way to second through sixth places.

The video also explains how the rivalry between the GT-R and Porsche didn't just begin with competing lap times at the Nürburgring a few years ago. The car that came in first was a Porsche 904 Carrera GTS, and when one of the Skyline GT drivers got in front of it to lead the race, the men in charge decided to keep tinkering with the vehicle that would become the second Godzilla. Scroll down to enjoy the rest of the story in video and a press release from Nissan.

December 10, 2012 - For more than half a century motor racing has drawn crowds in Japan. But for motorsports fans one grand prix stands out – the 1964 meeting at Suzuka. The Skyline GT lined up for the GT-II race during the 1964 Japan Grand Prix at Suzuka

It was the day the Skyline legend began.

The GT-II race and a team of Skyline GTs lined up. They were souped up sedans but were about to do the unthinkable – and challenge the established champions from abroad. The Skylines nearly didn't get to the race at all. To qualify, a hundred units of the production version of the car had to have been made. Prince Motor Company , later to merge with Nissan, only just made the target.

The Skyline GT had a longer nose, and a straight six, triple-carbureted engine. It was the brainchild of the chief engineer, Shinichiro Sakurai.

Reunited with the number 39 he drove in the race back in 1964, Yoshikazu Sunako remembers that at first the modified car seemed far from perfect.

"We had extended the car by 20 centimeters. The body balance was very bad and the tires were 'out', so that's why we could only drift when we turned. We slipped and drifted because the tires were bad," said Sunako.

"But these issues actually turned out to be good for us," he added.

After a few practice runs, Sunako knew the car was something special.

"We finished a lap in 2 minutes 47 seconds, and at that point I was proud to say this was the fastest car at Suzuka," claimed Sunako.

The saloon model Skyline would have to be quick.

Another late addition to the field was a Porsche 904 Carrera GTS, a German car that came with a fearsome reputation.

The Skyline would not defeat the Porsche, which could hit a top speed over 250 kilometers per hour, but Sunako's driver colleague, Tetsu Ikuzawa, would get ahead for a lap that all Japan would applaud.

"Just before the hairpin curve, Ikuzawa overtook the Porsche, so I thought, 'Wow, he's the man!'" recalled Sunako.

As the Skyline led the Porsche, fans at Suzuka – and around Japan – went wild.

The title ultimately went to the German car, but the Skylines had a clean sweep from second place to sixth. Sunako was in the No.2 spot – and the plucky driving of Ikuzawa had captured a nation's imagination.

"I was just nine years old at that time but I still remember the big news," said Shiga.

"1964 was the moment Japanese motorization began. Nissan always led the initiative with motorsports. I was so happy. It was my dream, and I wanted to enter Nissan."

"This is the car that became a trigger for Japan motorsports and I was obsessed by it. The reason I got into motorsports was because of this 54B," said Hoshino.

"I chose this path in life because of this and if it didn't exist, I would have chosen another path in life."

The Suzuka result in 1964 didn't produce a win, but it did inspire the development of the R380 Series cars that would claim the Grand Prix over Porsche just two years later.

Sunako would be at the wheel of the 1966 Gran Prix champion.

Such is the significance of the number 39 that a team of volunteers have put hundreds of hours into restoring it.

Working in Nissan's Zama heritage garage where the car has been stored to make it ready to return to the scene of its greatest success, the Suzuka racetrack.

"It was a very emotional moment, it's really a car that needs to be seen driving on a circuit. As long as it is stored in the garage at Zama, it's as if it's asleep, almost dead," said Shinichi Kiga, project leader of the restoration team.

"But when it came to Suzuka, it was really radiant."

It was the car that started the Skyline story, a legend that has continued through twelve generations of the car.

A fitting memorial to Chief Engineer Sakurai who passed away last year, leaving a legacy of innovation and excitement that endures to this day. 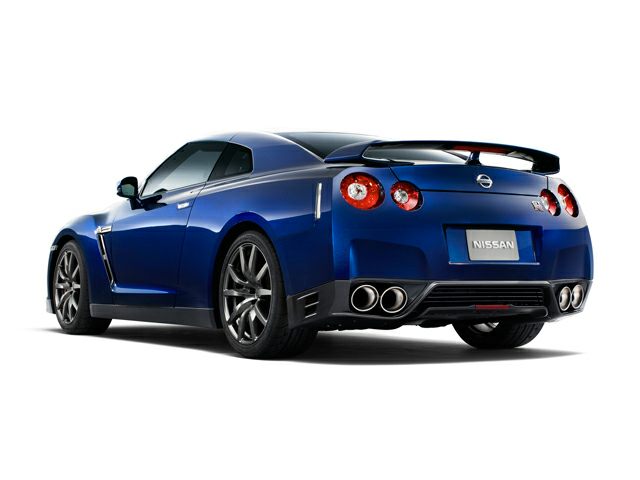