American Honda is recalling some 8,709 crossovers due to a possible fuel leak. The 2012 Honda Pilot and its upscale platform-mate, the Acura MDX, are affected by this recall, which is expected to begin in mid-March.

According to the National Highway Traffic Safety Administration, the vent shut float valve cases in the fuel tank assemblies of these vehicles does not meet proper design specifications. Because of this, fuel could leak from the tank, increasing the risk of a fire.

Four other vehicles – the Honda Accord, Odyssey, Ridgeline and Acura ZDX – also share at least some of their underpinnings with the Pilot and MDX, but they are not affected by this recall.

Earlier this week, Honda issued a recall on the 2008 and 2009 model year Odyssey minivan due to liftgate struts with improper gas compression. Over 45,000 minivans are included in that recall, and according to Honda, two injuries have been reported as a result of the liftgate issue.

AS A RESULT, FUEL MAY LEAK FROM THE TANK, INCREASING THE RISK OF FIRE.

HONDA WILL NOTIFY OWNERS AND DEALERS WILL INSPECT THE VSF ASSEMBLY DATE AND, IF NECESSARY, REPLACE THE FUEL TANK ASSEMBLY, FREE OF CHARGE. THE SAFETY RECALL IS EXPECTED TO BEGIN ON OR ABOUT MARCH 13, 2012. OWNERS MAY CONTACT HONDA CUSTOMER SERVICE AT 1-800-999-1009. 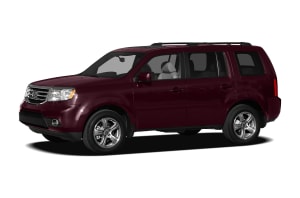