With the era of Ford's dominant Crown Victoria finally drawing to a close, automakers are working harder than ever to court law enforcement with more modern police cruisers. Key among their tactics? Facilitate easier fleet ordering by making common police equipment upgrades available from the car companies themselves instead of forcing precincts to seek out aftermarket specialists. Instead of sending their new cruisers off to third party vendors, those in charge of ordering new police cars can get them fitted with items like heavy-duty secondary batteries, special lighting, trunk coolers, laptop docking consoles and so on – all from the factory.

An unintended consequence of this shift in strategy is that the police cruisers are now more complex than ever, particularly in the area of wiring. Just ask Chrysler, which is now facing the recall of nearly 10,000 Dodge Charger police cruisers from 2011 and 2012 model years.

According to the National Highway Traffic Safety Administration, Chrysler will recall 9,688 cop specials because some vehicles could incur an overheated lighting harness connector that could cause the cruiser's low beams to fail. In addition, some Chargers may also suffer from an overheated power distribution center that could result in a loss of the vehicle's anti-lock braking and stability control systems. Just as they would with a car sold to the general public, Chrysler will notify owners covered in the recall and inspect and replace the affected parts free of charge.

Click through to the jump to read over NHTSA's official recall notice... and be safe out there.
Show full PR text
12V042000
Vehicle Make / Model:
Model Year(s):

Consequence:
THIS COULD LEAD TO LOSS OF VISIBILITY AND/OR BRAKING ABILITY, INCREASING THE RISK OF A CRASH.

Remedy:
CHRYSLER WILL NOTIFY OWNERS AND DEALERS WILL REPLACE THE HEADLAMP JUMPER HARNESSES AND RELOCATE THE ABS/ESC SYSTEM FUSE WITHIN THE POWER DISTRIBUTION CENTER, FREE OF CHARGE. THE SAFETY RECALL IS EXPECTED TO BEGIN DURING MARCH 2012. OWNERS MAY CONTACT CHRYSLER AT 1-800-853-1403. 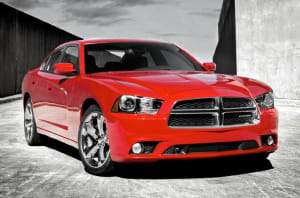