Why has Nissan started to advertise the Frontier again? Ford killing the Ranger [w/video]

Dan Roth
The Ford Ranger has finally been shown the door, and Nissan apparently wants to seize the opportunity to make its Frontier the the standout in what remains of the compact pickup truck segment. Though the sun has been setting on the Ranger for some time, it's still outselling the Frontier – even after Nissan kicked up its marketing efforts as a way to grab the real estate Ford is cedeing by creating the first advertising campaign for the Frontier in four years.

That's not to say the Frontier is doing poorly; Nissan moved more than 50,000 out the door in 2011. That's 20,000 fewer than the Ranger's 70,000 unit performance, and well behind the 500,000-plus F-Series pickup models Ford shifts, but the aging Frontier is the popular sister in the Nissan truck family. Just 22,000 Nissan Titan full-size pickups found a home last year, though the latter is another product that's been languishing on the market with little marketing effort behind it. The Frontier might do better without the Ranger around regardless, but a commercial about a snowboarding truck couldn't hurt. Check it out after the jump. 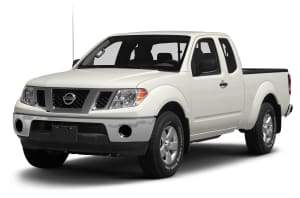