Noah Joseph
The Ranger pickup has been an integral part of the Ford truck lineup for decades. But later this month, that will cease to be – at least here in the States. That's when the very last Ranger will roll off the assembly line in St. Paul, Minnesota. And what do you know, it's already found a buyer.

The last Ranger has been sold to Orkin, the pest control company that already relies on fleets of white Rangers (and Chevrolet Colorado pickups) with the red diamond logo on the door and all manner of insecticides and other tools of the trade in the back.

"Since 1983, Orkin has used the Ford Ranger as its primary fleet vehicle because it's a reliable and economical truck," Paul Youngpeter, Director of Fleet for Rollins, Inc. (Orkin's parent company) tells Autoblog. "We're honored that Ford has agreed that we will get the last Ranger, and we'll put into our regular service rotation before it's retired to our corporate archives or used for training."

Orkin says they've got enough Rangers to last them for now, and that the company will pick a successor when the time comes. For our part, it seems only fitting to us that a terminated model should be used by exterminators, but one way or another, at least the final Ranger will be put to good use. 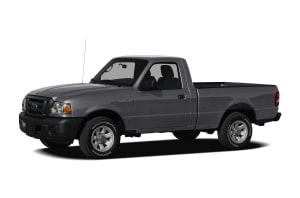