Why is the Acura NSX being built in Ohio? [w/poll]

Three years (on top of the three-plus we've already waited) is a long time to wait for the second coming of the Acura NSX. Measured in Internet time, it's an infinite opportunity for speculation about the whys and hows of the new car. Aside from the new supercar's hybrid powertrain, the most shocking part of the announcement is that the car will be built in Ohio. Honda has an engine plant, a transmission plant, two assembly plants and a research and development center in the state, so this shouldn't be treated with the same level of surprise as if, say, Ferrari announced it would start building cars in Kansas.

Yet it's still a big change for the exotic Acura, which was manufactured in Japan during its entire first-generation lifecycle, from 1990-2005. When the NSX debuted, part of its appeal was that it represented the pinnacle of Japanese technology and quality, at a time when Japanese automakers were absolutely crushing the competition in both. Times have changed, but we still suspect that a number of fanboys might be disappointed that the second-generation NSX will be built by gaijin.

We spoke with American Honda CEO and president Tetsuo Iwamura about the decision to develop and manufacture the NSX here in the U.S., and he told us that the decision was made for three reasons. The first is that Honda is committed to building cars in the market in which they are sold. The U.S. is the largest market for the NSX, although he said the car will be exported to Japan and other markets.

When asked if there was any concern that Japanese customers might have objections to a Japanese supercar built in the U.S., Iwamura said, "You don't have to be so modest. American-built cars have a power, even in Japan."

The second factor was that Honda has had positive experiences with product development of other models here in the States. Iwamura specifically mentioned the North American market-only Pilot and Odyssey as examples. The third reason for the decision to build the NSX here is that Honda believes its Ohio manufacturing facilities produce high-quality products and wants to take advantage of that expertise. Iwamura also said that assigning the halo car to the U.S. would be motivational for its American employees.

Currency fluctuation, however, was not a consideration, according to the Honda chief. While he said that would indeed be the case with a mass-market model, the limited-production nature of the NSX makes the effect of a strong yen a moot point. Regardless of where it's built, Iwamura said the main consideration in bringing the NSX back to market is its technology, quality and performance, just as the original did. The NSX is an important part of modern automotive history, a literal poster-child of the '90s, so we're certainly rooting for this new exotic Buckeyemobile to deliver on all fronts. 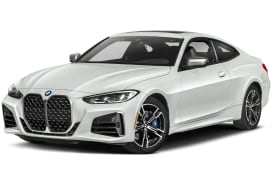