The mid-size sedan battle rages on year after year. Perennial kings are dethroned while new challengers emerge boasting fresh styling and a bountiful list of standard features. Consumer Reports launched its June issue today, inside which the institute's testers have pitted four-cylinder versions of the Kia Optima and Honda Accord against each other to determine which is top dog, and then ranked them both against their peers.

As it has here at Autoblog Towers, the 2011 Kia Optima drew big praise from the Consumer Reports crew. In fact, the Korean squeezed out a higher rating than the veteran Honda Accord. It may have only beat the Honda by one point (81 to 80), but this represents a significant win for Kia. The opinion of Consumer Reports is highly valued by a large number of car shoppers, and this victory ought to push the Optima further onto the radar of the American car-buying public. Despite beating the Accord and earning a "Very Good" rating, however, the Optima is still nowhere near the top of the heap in Consumer Reports' ratings of four-cylinder mid-size sedans. The Nissan Altima (a perennial CR favorite) still holds the top spot with a rating of 91, neatly trumping the Optima in sixth place and the Accord in seventh.

One vehicle that didn't do so well in the June issue of Consumer Reports? The 2011 Ford Explorer. Three mid-size sport utility vehicles were rounded up for testing: the Explorer, Volkswagen Touareg TDI and Toyota Highlander Hybrid. Of the 19 mid-size SUVs that Consumer Reports has rankings for, the Explorer came in at 17 with just 65 points. The Touareg TDI, meanwhile, landed in fourth place with a score of 82 and the Highlander Hybrid beat all with a top rating of 89.

If you won't get the latest issue of CR in your mailbox, check out the official press release after the jump for more details.

UPDATE: The information in this article has been corrected concerning which vehicles were compared against each other in the June issue of Consumer Reports and where they ranked overall.
Show full PR text
CONSUMER REPORTS:REDESIGNED KIA OPTIMA NOW RANKS IN TOP-TEN OF FOUR-CYLINDER FAMILY SEDANS

YONKERS, NY- The redesigned Kia Optima outpointed the high-selling Honda Accord in a face-off between the two family sedans conducted by Consumer Reports. The Optima now ranks among the top 10 of all four-cylinder family sedans tested by the organization.

The Optima now ranks sixth among the four-cylinder family sedans tested by Consumer Reports, ahead of the Honda Accord and behind the Suzuki Kizashi. The Optima edged out the Accord by just one point in CR's testing. Both vehicles achieved "Very Good" overall scores.

Top-scoring four-cylinder family sedans include the Nissan Altima, Hyundai Sonata and Toyota Camry, in that order.

Consumer Reports also released its evaluations of three midsized SUVs, the redesigned Ford Explorer, the gas/electric Toyota Highlander Hybrid and the diesel-powered Volkswagen Touareg TDI. The Highlander Hybrid outpointed the others and posted an "Excellent" overall road test score. The Touareg came in close behind the Highlander and now ranks fourth overall in CR's ratings of midsized SUVs. The Explorer fell short in this competitive market segment and now ranks 17th out of 19 vehicles in the category.

The June issue, which goes on sale May 10, also features results of a survey of subscribers on independent repair shops vs. car dealers, with independents getting higher marks in satisfaction and a special look at a reader's 2004 Toyota Prius, which traveled some 214,000 miles-yet still delivers similar fuel economy and performance to when it was brand new.

All the reports are also available to subscribers of www.ConsumerReports.org.Updated daily,ConsumerReports is the go-to Website for the latest auto reviews, product news, blogs on breaking news and car buying information.

Consumer Reports has current ratings on dozens of makes and models of both sedans and SUVs. All five newly-rated vehicles were either redesigned or freshened for 2011. 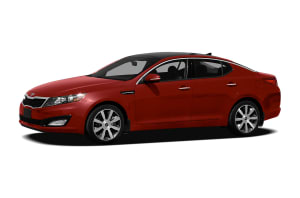