He resold the car in less than 30 days

Jonathon Ramsey
When Ford launched its Application Program for the Ford GT, observers noted the hoops and hurdles Ford set up to manage its relationship with the high-end clientele club. Well, every club has a toilet, Ford just found it, and actor John Cena left the carmaker a present. Cena took delivery of a custom 2017 GT in September, then sold the coupe not even a month later — an audacious violation of the purchase contract he signed, which bound owners to hold onto their cars for at least two years. For such treason, Ford sued Cena in U.S. District Court last week, seeking more than $75,000 in damages.

Cena paid $466,376.50 for the liquid blue coupe with the "Dark Energy" interior, and made a video about taking delivery of the car around Sept. 23. Not long after that love-fest, sometime around Oct. 20, the GT had a new owner. Ford called Cena a few days later when it heard about the sale, and said Cena copped to the flip. The ex-WWE wrestler is alleged to have later texted Ford, "I completely understand and as stated am willing to work with you and Ford to make it right. My sincerest apologies," and explained the sale was "for cash to take care of expenses." 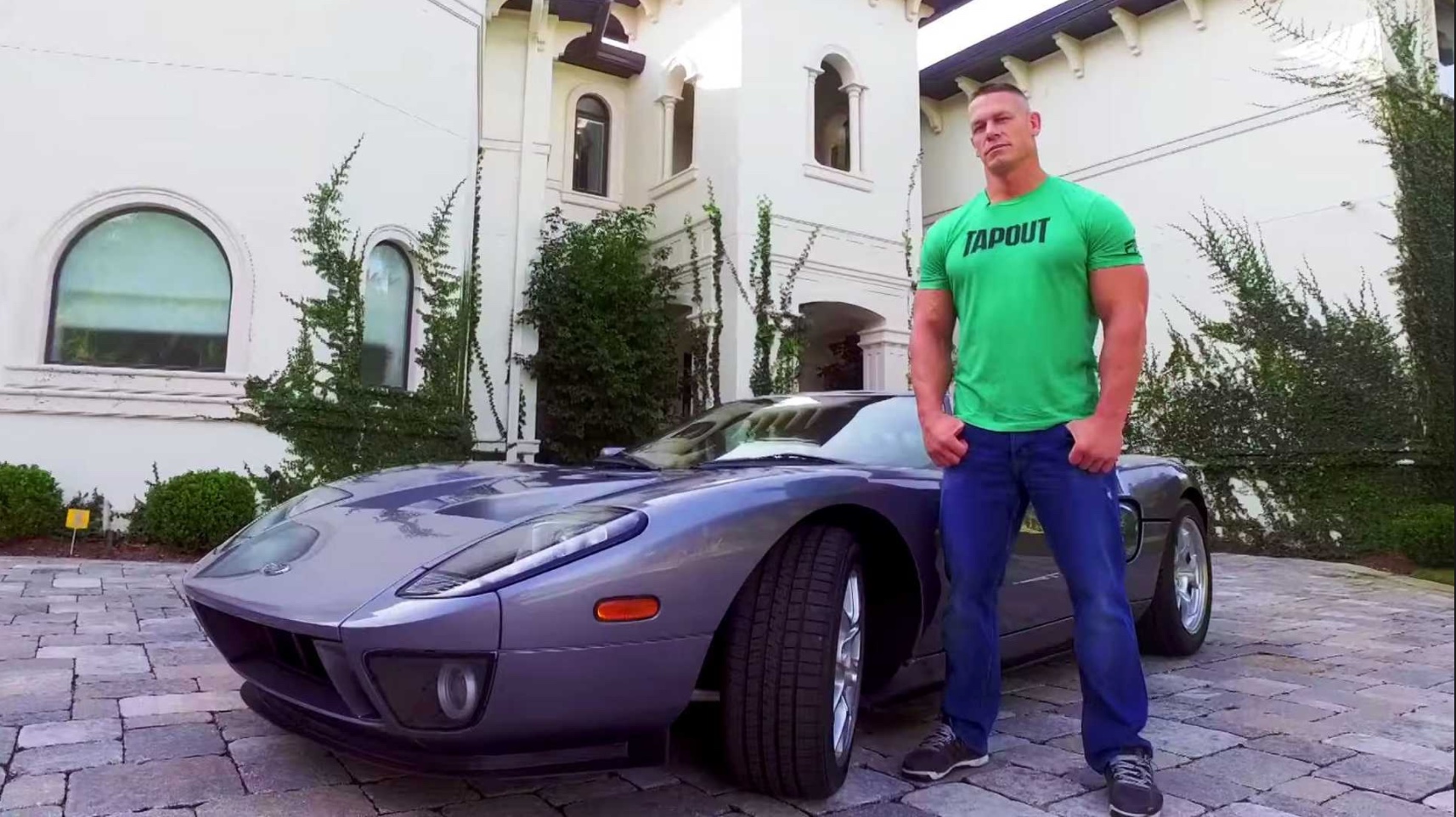 Ford's lawsuit alleges Cena never made it right, after snagging "a handsome profit." The Blue Oval wants restitution for that profit, for "damages and losses, including, but not limited to, loss of brand value, ambassador activity, and customer goodwill due to the improper sale," and for attorney and court costs.

The whole situation is kind of kooky, considering Cena's car collection numbers roughly 22 cars, one of them a 2006 Ford GT. Cena's YouTube series Auto Geeks makes a point of telling the story behind each one of his cars; we're surprised this is the story he wants to tell about his 2017 Ford GT. Ford's lawsuit said Cena's Application Program appeal included the line, "[If] I were to be deemed fit for ownership I would most certainly use every vehicle of communication to let the world know about the car, the brand, and the experience." Now the only words he has for Ford come from his wrestling days: "If you want some, come get some!"

2023 Kia Sportage specs revealed for U.S. with new base engine and X-Line trim