Tesla Inc delivered a high-performance version of its Model S on Thursday, aiming to reignite interest in the nearly decade-old sedan with this new "kick-ass" version and intending to fend off rivals such as Porsche, Mercedes-Benz and Lucid Motors in the luxury electric car market.

Tesla redefined electric cars in 2012 when it launched its high-end Model S with a sleek design and long driving range, and Chief Executive Elon Musk said the new version was designed for a future where cars drove themselves.

"This car crushes," Musk said at an evening delivery event held at Tesla's U.S. factory in Fremont, California, not far from where the original Model S was revealed nine years ago.

Musk made his appearance at 11:45 p.m. Eastern, first barreling down Tesla’s test track in the car before looping back and pulling up onto the presentation stage. He opened with a joke about Plaid: "Basically our product plan is stolen from ‘Spaceballs.’”

But jokes aside, he said the car is an important step toward the future of sustainable transportation. "It's like, man, this is, just, sustainable energy cars can be the fastest cars, be the safest cars, gonna be the most kick-ass cars in every way."

"With Plaid we’ve managed to break the 2-second barrier," Musk said. Though he himself has claimed an even lower 0-to-60 number of 1.91 seconds for the Tesla Roadster, and the new Rimac Nevera is said to do it in 1.85. But he pointed out that the Model S Plaid seats five and has four doors, a paradox he called “limited physics engineering.” 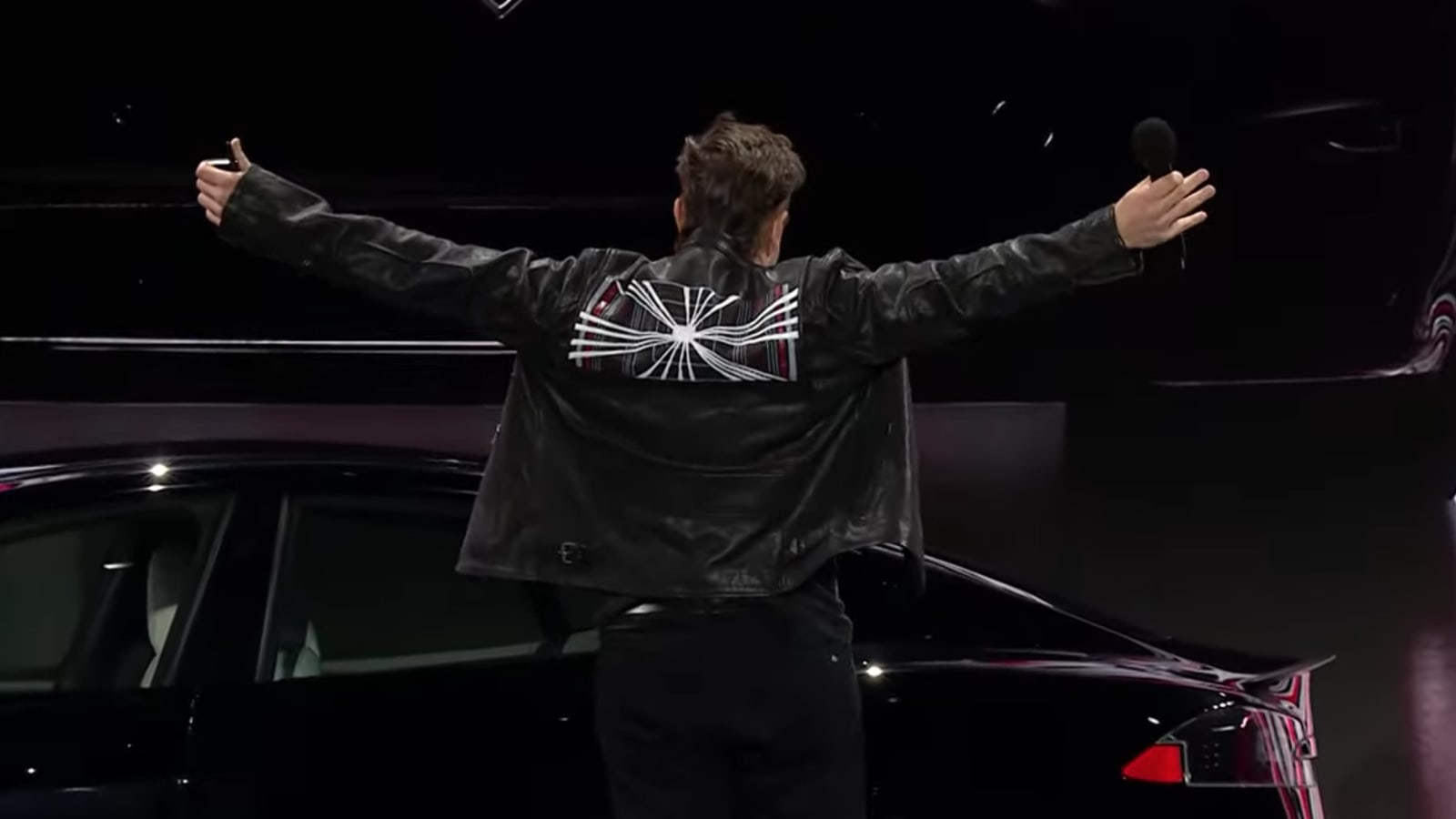 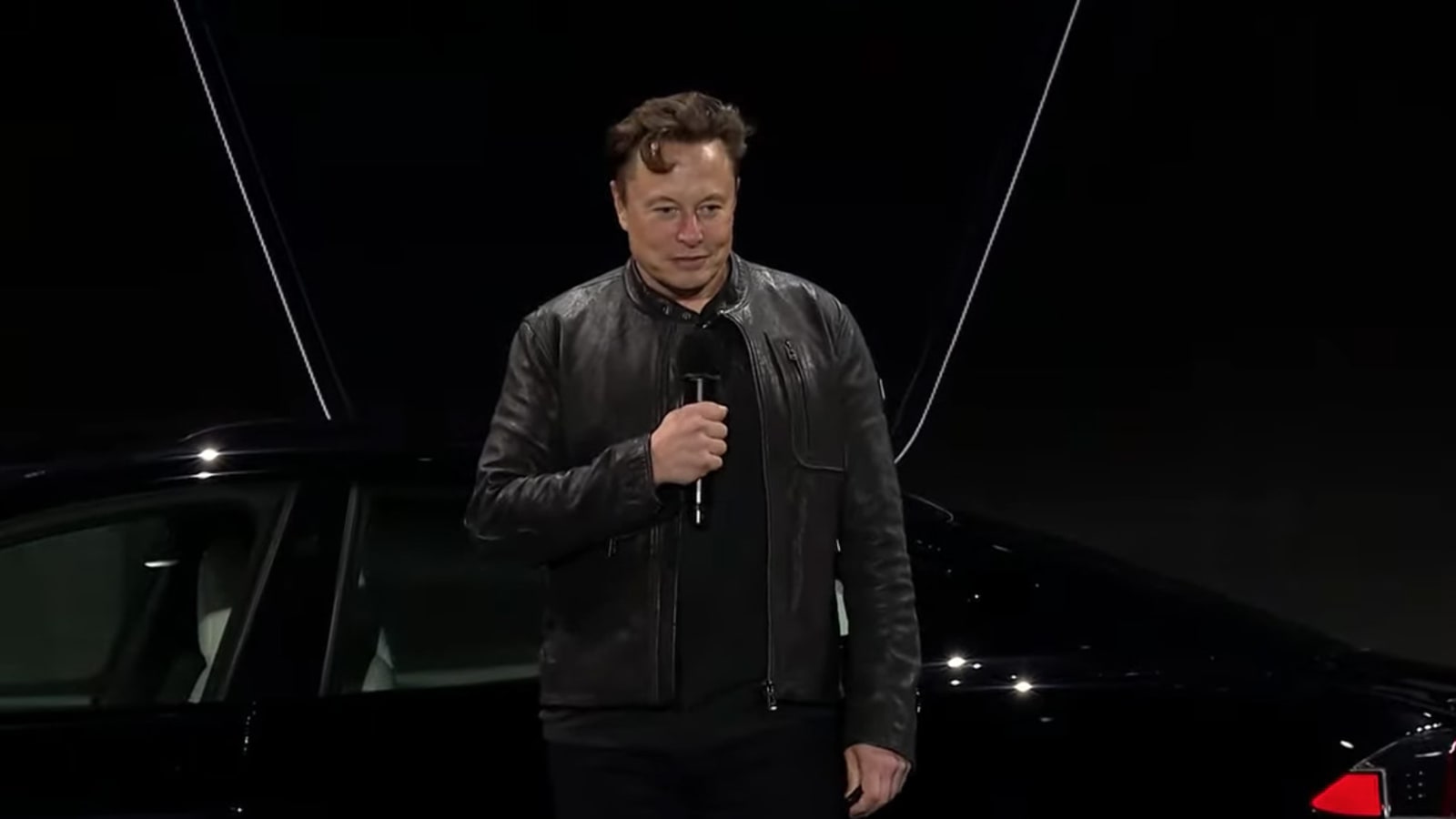 The claims he rattled off:

Musk insisted the performance numbers were repeatable — assisted by a new heat pump and radiator that's twice as big. "You'll actually be able to do back-to-back 0-to-60s, go on the track, just haul ass," Musk said. "This car can do it over and over again and it doesn't get winded" — addressing a complaint previously leveled at Tesla. He speculated that maybe they'd take the Plaid back to the Nurburgring "and see what happens." 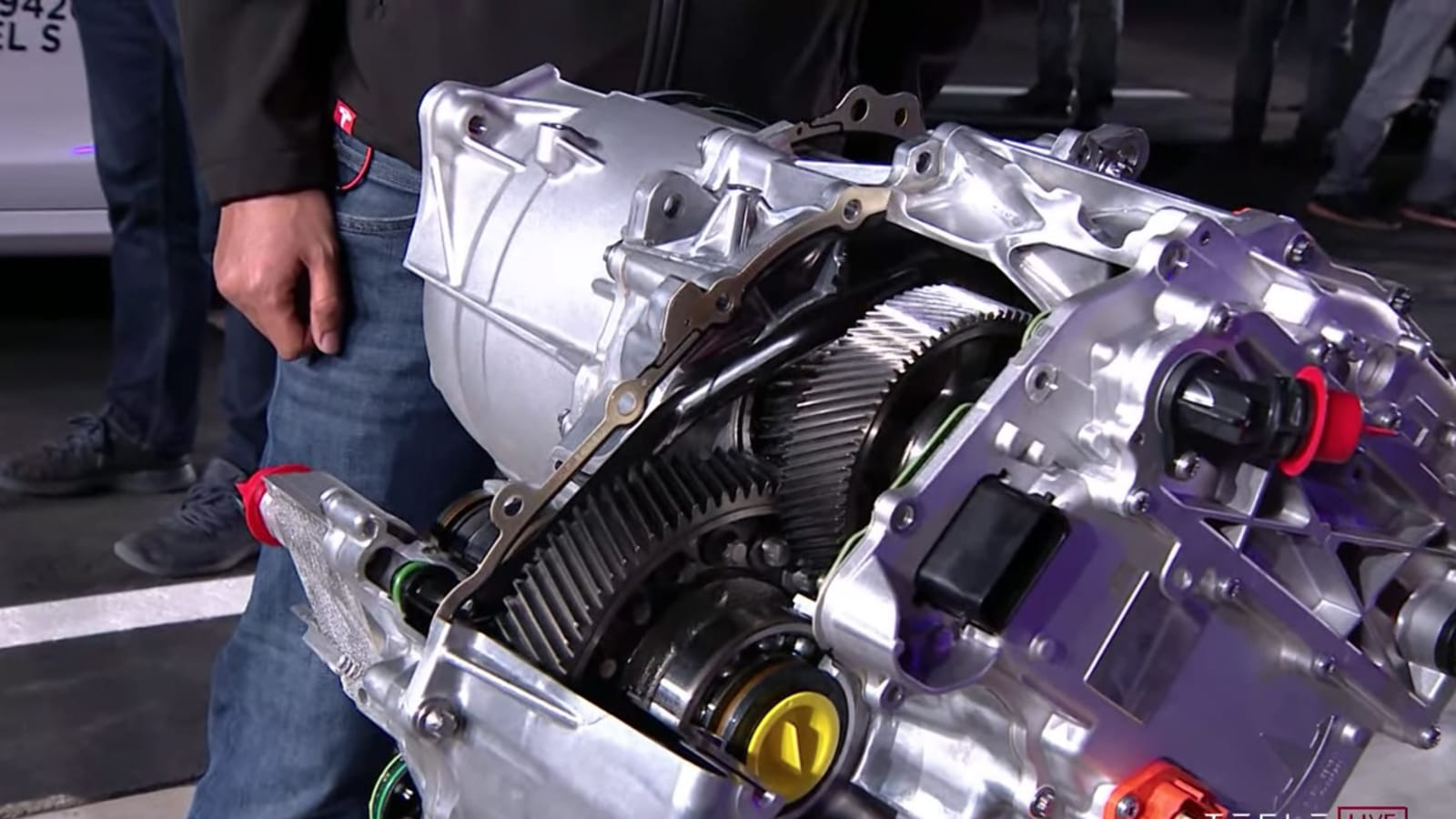 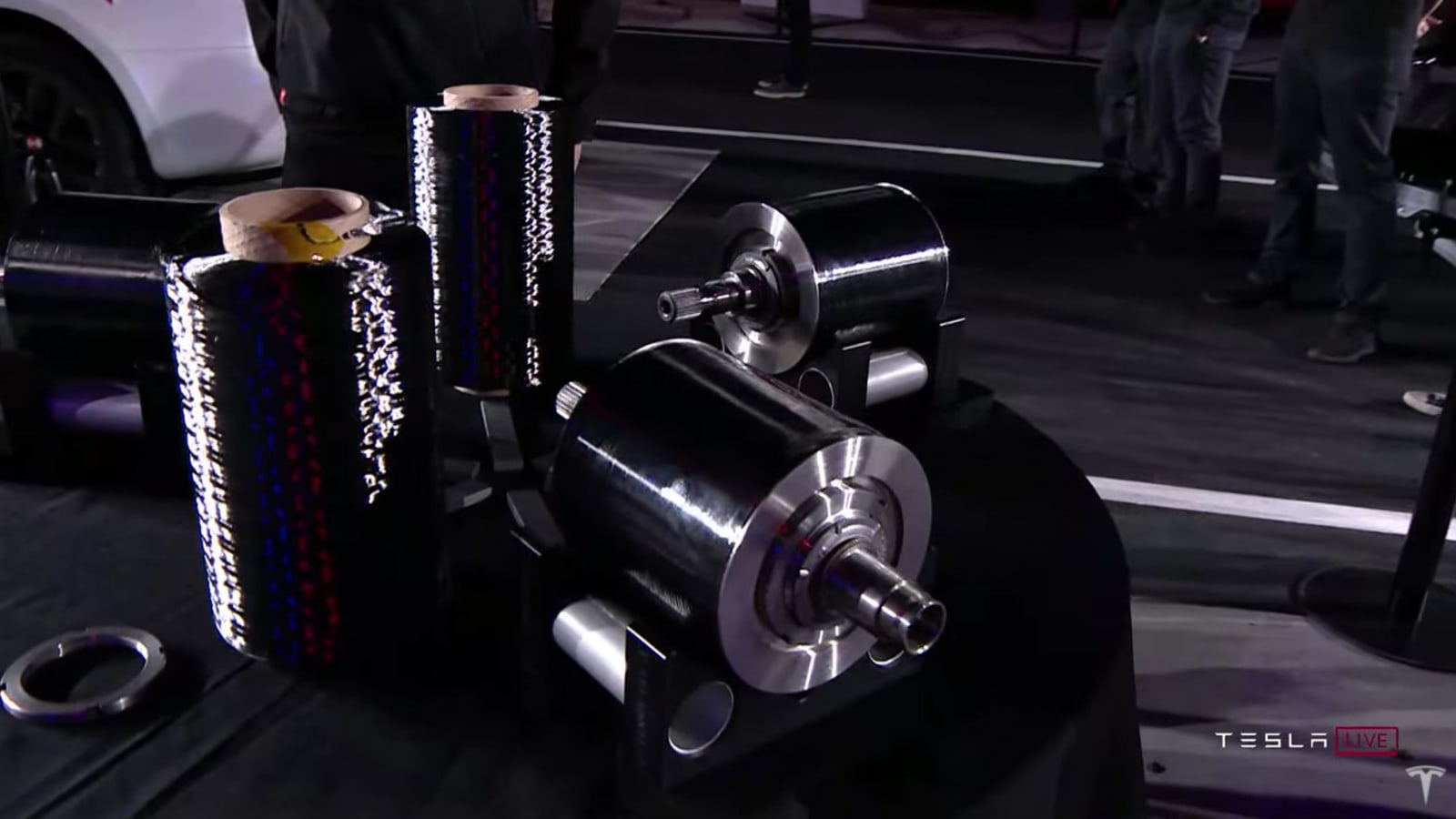 Musk showed off a new motor design featuring carbon sleeved rotors. “This is a super-hard thing to do because carbon and copper have very different rates of thermal expansion,” so Tesla had to invent the machine that makes the motor. This is important, he said, because the motors can potentially turn "at 20,000 rpm and maybe a little more" — creating centrifugal force so great the sleeves are necessary to hold the rotor together.

And he praised the safety of the design. "Our aspiration for this car — it still has to be tested by the U.S. government — we think we can get to the lowest probability of injury of any car.” It is, he said, “faster than any sports car, any Porsche, safer than any Volvo. In the same car.”

He praised the controversial yoke steering wheel for allowing a clear view of the instrument panel, where "you can basically see the mind's eye of the car." And because the IP takes up less space, engineers shifted the front seats forward to make more legroom in back. Physical control stalks are gone, limiting the need for human input: "I think, generally, all input is error," Musk claimed. He praised the car's ability to know when you approach, know what you want to do, right down to whether you want to go forward or in reverse, and its geocaching of locations means that it will learn more about what you want, wherever the car goes.

The 17-inch touchscreen has been rotated to horizontal to allow it to serve the equivalent of "a home theater experience" for movies and games, and he said the refresh rate for gaming was 60 frames per second, with state-of-the-art games aboard. It also has dual inductive chargers in both rows of seats, with a 36-watt USB-C power supply for phones, tablets or laptops. There's also a new sound system that will be refined OTA, and new acoustic glass for a quiet ride at any speed.

"If we're thinking about the future where the car is often in autopilot to full self driving mode," Musk said, "then entertainment is going to become increasingly important. So you're going to want to watch movies, play games, use the internet."

As for deliveries of the Plaid? "Deliveries begin now."

He said he expects to produce 1,000 Plaids a week by next quarter. Though Tesla delivered only 2,020 Model S/Xs in the first quarter, down from 18,920 the previous quarter, hampered by production delays. Musk said in April that production of its new Model S and X would be "contingent on global supply chain issues."

Musk has been on Twitter promoting the Model S Plaid, which is priced at $129,990, against $79,990 for a long-range Model S. The latest price for the Model S Plaid is $10,000 more than what was displayed a few days ago on Tesla's website.

The launch of the Model S Plaid, which had previously been showcased online, has faced delay and some controversy over the airplane-style yoke steering wheel. Musk this week canceled another variant, Model S Plaid+, which would have had a 33% higher driving range than the Model S Plaid and used advanced battery technology, known as 4680 cells.

"The Model S Plaid is definitely intended to help reduce the migration of current Tesla owners out of Tesla," said Ed Kim, vice president at consultancy AutoPacific. "I think what we're seeing now is that Tesla can no longer operate in a vacuum."

Kim said Model S Plaid is a low-volume, halo model aimed at showcasing the automaker and generating excitement around the sedan, with Tesla needing to successfully roll out new models like Cybertruck and Semi trucks to expand its customer base.