The Toyota Highlander is one of the better three-row crossovers on the market, but one consistent knock against the recently redesigned vehicle is size. Sure, there are three rows, but the rearmost of those is rather cramped with a paltry 27.4 inches of legroom. A solution could be on the way in the shape of something called the Grand Highlander. A forum member over at GR86 forums discovered that Toyota had filed a patent for the name “Grand Highlander,” and the contents suggest that it could be a larger Highlander variant.

It wouldn’t be the first time that Toyota/Lexus extended a crossover for additional space — look at the Lexus RX L as a similar (though not identical) example. A Grand Highlander would presumably have more third-row room, greater cargo capacity and a slightly massaged design from the rear doors on back. An extra foot or so of length would bring big usability gains to the table.

We see other manufacturers attacking this segment with a two-pronged approach. For example, Kia sells both the Sorento and Telluride, and VW offers both the Tiguan three-row and Atlas. Of course, Toyota still sells the huge Sequoia, but that’s a truck-based full-size SUV that’s horribly dated and gets horrendous fuel economy. A Grand Highlander could be sold with the standard 3.5-liter V6 or the Highlander Hybrid powertrain for even greater efficiency.

You’re not alone if you’ve had visions of Jeeps going through your head from the start — anything with “Grand” sounds similar to the Grand Cherokee and Grand Wagoneer. Toyota hasn’t teased or said anything about the possibility of a larger three-row crossover up to this point, but it could be keeping it a secret to release alongside a Highlander mid-cycle update down the road. If that ever happens, the “Grand Highlander” would theoretically be a couple years out at this point. We’ll be keeping our eyes peeled for spy shots of suspiciously large Highlanders in the meantime. 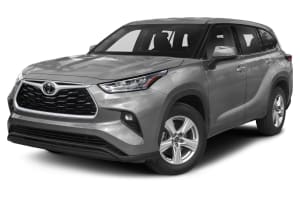 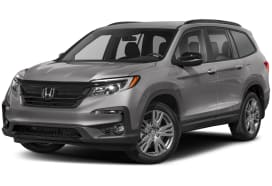