2020 Audi A6 Allroad gets performance boost from Abt tune

In stock form, the 2020 Audi A6 Allroad makes 335 horsepower and 369 pound-feet of torque from its 3.0-liter turbocharged V6 engine. With Abt’s tune, those figures jump up to 419 horsepower and 405 pound-feet of torque, increases of 84 and 36 respectively. That’s enough of a power increase to be readily noticeable when laying the hammer down, and it’s all done through a tune. It’s nearly enough power to bring it in line with the new S6 sedan (443 horsepower and 443 pound-feet) that Audi sells — there’s zero chance that Audi makes an S6 version of the Allroad, so this is as close as you can get for the time being. Abt doesn’t quote a 0-60 mph time for the extra power, but when stock, the A6 Allroad accomplishes the feat in 5.1 seconds. There’s a decent chance that this tune will bring it under the 5-second mark. That’s nowhere close to the 3.5 seconds it takes the RS 6 Avant to do the same, but it’s all about the cost here.

Speaking of which, Abt doesn’t list a price on its site for the tune quite yet. In addition to the tune, though, you can buy a number of appearance extras to make your A6 Allroad look a bit more menacing. There are a number of wheels you can choose from in 20- and 21-inch sizes. Interior upgrades consist of additional carbon fiber bits and other parts with Abt badging on them. There’s an Abt engine cover and even Abt puddle lamps available, too. The tune itself is warrantied for two years or 50,000 miles. 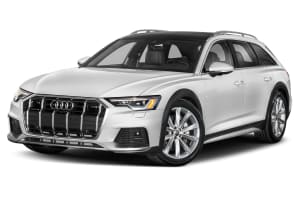