The Endurance has arrived, adding one more not-for-sale entry to the electric pickup space

Lordstown Motors just fully revealed its electric pickup truck at a virtual event staged in Ohio. It’s called the Endurance, and it rolled on stage with the CEO of the company and Vice President Mike Pence inside of it.

Unlike the Cybertruck’s wild and unorthodox shape, the Endurance’s silhouette looks much more like a regular pickup and similar to renderings. That’s by design — the Endurance is aimed at commercial buyers, but private owners will be able to buy the truck, too. The one pictured here is a crew cab with a tall hood, big cab and long bed.

However, there’s plenty of electric vehicle design elements found throughout the truck, too. It starts at the front with the flat, grille-less face. Instead of a huge opening for airflow, the Endurance has a massive front shield with the company’s logo on it with a tiny inlet right below that. The lighting in front is on two levels and appears to be made of LED lights. The bronze coloring on the hub motors is a neat electric touch and truly pops. Black accents travel from the hood through the top of the doors. A separate piece of curved black trim starts at the bottom of the truck’s doors, too, where the “Endurance” emblem can be found. This piece kicks up into the rear fender and eventually ends at the rear taillight. Those LED lights extend from the side of the truck and nearly into the center of the tailgate at both sides. Below the fairly normal looking tailgate, it has steps in the rear bumper, similar to the Silverado.

Steve Burns, LMC CEO claimed that this truck will have the best traction of any other truck out there and handles "like a sports car." Lordstown is using an in-wheel motor design, but it's not quite ready to talk specs yet. We know it'll have a motor at each wheel, but the truck's final range, acceleration and power figures are still unknown.

The truck will start at $52,500, according to Lordstown. Of course, it'll also qualify for the $7,500 federal tax credit. Lordstown also announced its intention to build 20,000 trucks in 2021. We'll see what happens when it comes time to start building. Details on additional specs and final production numbers will have to wait for the time being.

The premiere event was livestreamed on the company’s YouTube channel.

"Ohio has always been an auto state, an auto parts state ... and really this is the future," Ohio Governor Mike DeWine said of Lordstown Motors' Endurance electric truck on Wednesday. 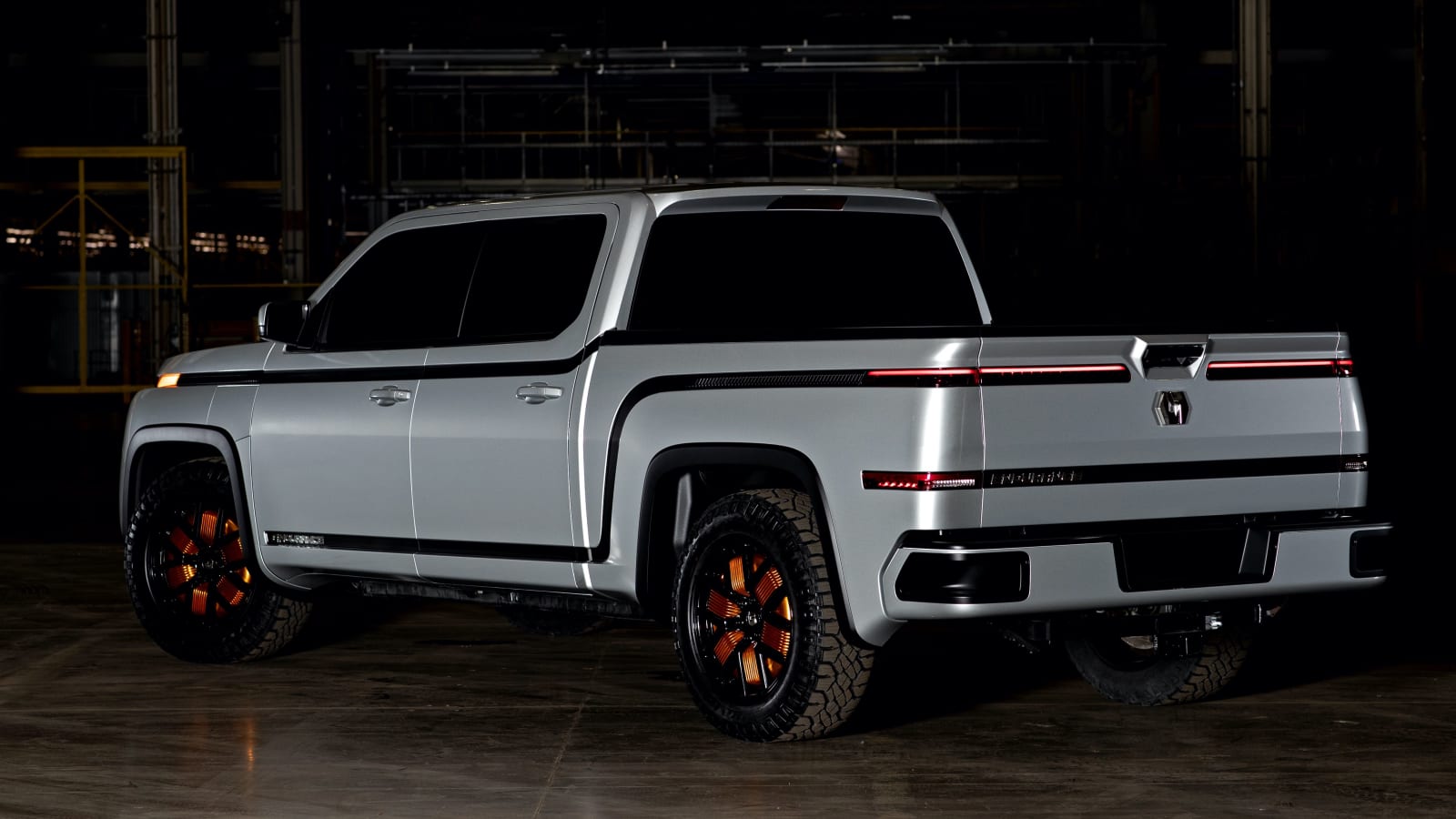 The fate of the sprawling 6.2-million-square-foot GM plant became a political lightning rod after the largest U.S. automaker announced its planned closure in November 2018, drawing condemnation from U.S. President Donald Trump and many U.S. lawmakers.

Lordstown Motors, which is 10% owned by Workhorse Group, bought the former GM plant and equipment for $20 million as part of its ambitious plan to begin delivering electric pickup trucks to customers by year end — a goal which has since been delayed to January.

The startup currently has 70 employees and about 100 contractors. Other firms are also preparing to enter the electric truck sector.