Ford to cut the Edge and Lincoln Nautilus by 2023? A look at some theories

Ford could have too many five-seat crossovers, or could be exiting Canada, or ...

There's a surprising story going around about the Ford Edge and Edge-based Lincoln Nautilus, claiming Ford has canceled the program to replace the Edge. The allegation comes from Sam Fiorani, vice president of forecasting and consulting firm AutoForecast Solutions (AFS). Fiorani's prediction, which came in an AFS report, appears to have been covered by Automotive News Europe first, with further reports unearthing more complexities surrounding the issue. The kernel is this: Fiorani heard from "multiple sources" that when the Edge's current generation is kaput in 2023, production of the Edge and Nautilus will cease at the Oakville, Ontario, plant that builds them for North America. The Edge is also built in China, and assembly could continue there, with Lincoln Nautilus production shifting to China, too.

Asked for a response, Ford has switched between robust denial and no comment. The automaker declined to say anything to AutoNews Europe. When The Detroit Bureau asked for comment later the same day, a Ford spokesperson e-mailed the statement, "We have no plans to exit the segment, particularly as Edge sales were up 3% to nearly 140,000 Edges in the U.S. last year. Since its launch in 2006, we have sold more than 1.6 million Edges in America. Customers are loving the all-new Edge ST, with retail sales up 41% in 2019. We also are building on that success with launch of the Edge ST-Line, which is now available for order, plus an upgraded features for the 2021 Edge."

When Motor1 sought comment, Ford didn't reply but Lincoln did, with, "The Nautilus plays and will continue to play an important role in Lincoln’s growing SUV portfolio which includes the Corsair, Aviator and Navigator. Lincoln is investing in growth segments like SUVs and we have no plans to exit the segment." When The Detroit News contacted Ford, a spokesperson sent a shorter version of the statement supplied earlier to The Detroit Bureau.

Superficially, it's surprising we're discussing the Edge's possible demise. The practically recession-proof midsize five-seat crossover has sold less than 108,000 units just twice since going on sale in 2006 — that first year, when it moved 2,201 units, and during the dark industry days of 2009, when it sold 88,548. However, the Fusion has always outsold the Edge, up to and including last year, and yet the numbers didn't prevent Ford from terminating the popular sedan.

Added to that, despite the confident rebuttals sent to media outlets, Ford was less gung-ho when Unifor, the Canadian autoworkers union, asked Ford about the program. According to The Detroit News, Unifor chief Jerry Dias "did not get definitive answers," and all Dias could offer about the exchange with Ford afterward was, "There is no question, they are going through a major evaluation of their portfolio, based on a whole host of things."

Theories back three potential causes for the Edge's potential death. The most benign is that Ford has too many similarly-sized crossovers in the pipeline, and with the Edge substantially underperforming in Europe sales-wise, it drew the short straw (the Nautilus was up 11% to 31,711 units in the U.S. last year, taking the crown as Lincoln's bestseller, but was down 33% at the end of Q1 this year). The Ford Escape, which is about 7 inches shorter than the Edge and also seats five, is more than $6,000 less expensive. The Explorer, which is 10 inches longer than the Edge and seats seven, costs only $1,665 more than the Edge. And coming soon are the Escape-based Bronco Sport and its derivatives — and Ford has more expansive plans for the Bronco and Mustang than we've imagined so far. Then there's the European Ford Fusion-based soft-roader that calls the Subaru Outback its spirit animal and is expected to be about the length of the current Edge. Fiorani said Ford might think the segment's a touch crowded at home, and could have a better chance of gaining market share with new nameplates instead of the venerable Edge.

Another take sees Ford threatening to kill the midsize crossover as a negotiating tactic with Unifor; the automaker and the labor union are scheduled to begin negotiating a new contract to succeed the current agreement that expires in September.

The most destructive possibility is that the end of the Edge and Nautilus means the beginning of a Ford retreat from Canada. The plant lost the Flex and Lincoln MKZ last year. Without anything new to build after 2023, "there's no future for Oakville" and its 4,200 workers. Shuttering the 67-year-old Oakville Assembly Complex would leave two Ford engine plants in Canada (the Mustang's Coyote 5.0-liter V8 and the PV-8 family serving the F-Series pickups), but no vehicle assembly facility for the first time in about 100 years. 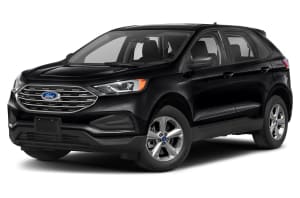 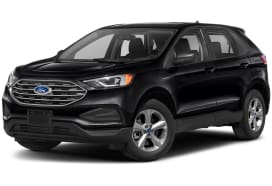 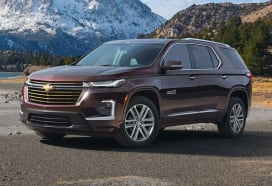