A small glimpse into MJ's garage

After the masses begged and pleaded for an early release, ESPN finally unlocked the doors to the biggest production in company history last month. Episodes 1 and 2 of The Last Dance, a 10-part documentary special about Michael Jordan, the Chicago Bulls, and the 1997-1998 season, was released at last on April 19, 2020. Each week since, two new episodes have aired on Sunday nights, and the next two, episodes 7 and 8 are scheduled to drop this weekend on May 10. With unprecedented video access to MJ, who became averse to the media during his playing days, a byproduct from The Last Dance is a look at some of Jordan's cars. The Goat's taste ranges across a number of brands, but they all had one thing in common: performance as a top priority. Below, we have listed the rides that have already appeared in the series, and each week, we will update with new car cameos. 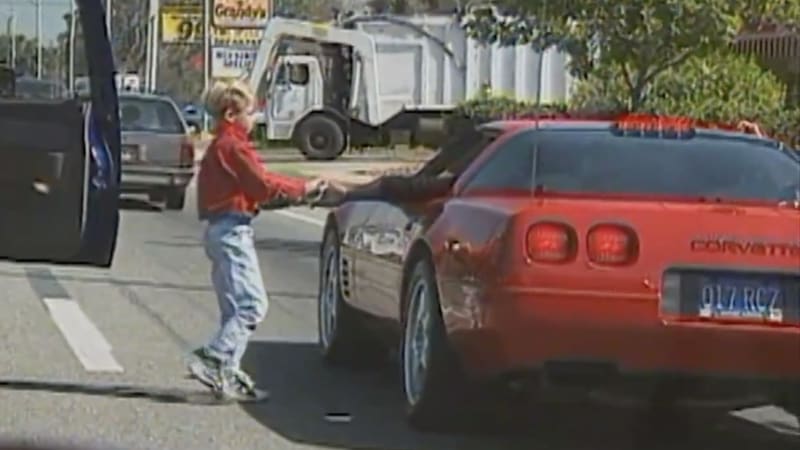 The photo above somewhat epitomizes one of the themes of The Last Dance. Everybody, whether that was men, women, children, franchise owners, reporters, coaches, teammates, or opponents, wanted a piece of Jordan. If that meant stopping in the middle of the road to get an autograph, then so be it. Around town, MJ was fairly easy to spot due to his flashy cars that occasionally wore Bulls red.

Jordan has driven numerous Corvettes throughout the years, but the C4 is unique in that it was Chevy's top ride when Jordan signed an endorsement deal with the American company during his rookie year in 1984. Two famous photos, one in front of the Chicago skyline, show him standing next to a C4 with the license plate "Jump 23." This exact car, however, came later, as indicated by the squared-off taillights. He went on to star in a number of Chevrolet commercials with vehicles such as the Blazer and S-10 pickup truck. 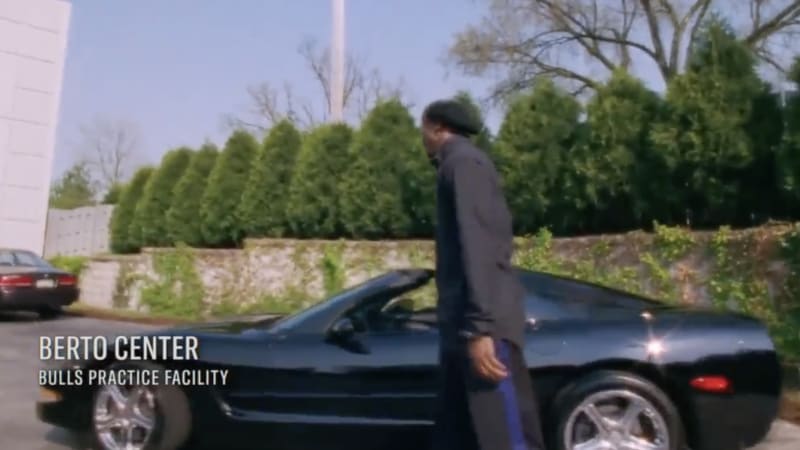 The most notable Corvette His Airness ever owned was likely the C4 40th Anniversary ZR-1, but he also drove a C5 coupe at one point. Roughly nine minutes into the first episode, Jordan is seen driving the chrome-wheeled targa top into the parking lot at the Berto Center, the Bulls old practice facility. 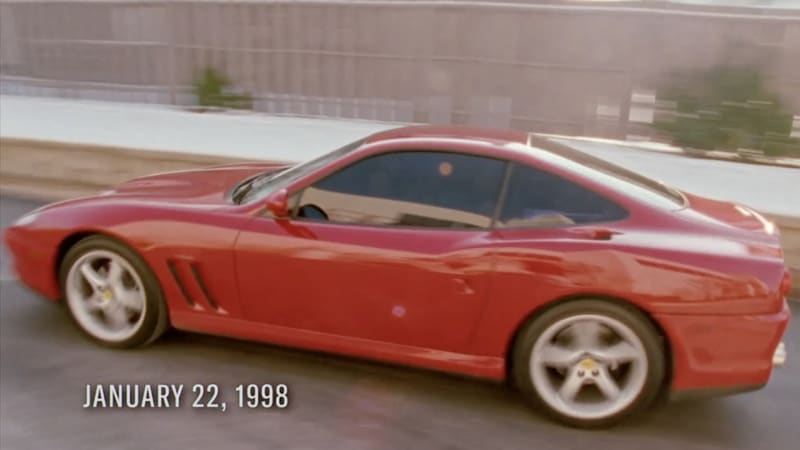 Roughly three minutes into episode four, viewers get a glimpse of Jordan's exotic taste in the form of a red Ferrari 550 Maranello. A successor to the F512M, the 550 was "Ferrari’s answer to those who believed the performance of a front-engined V12 car could not beat that of a mid-engined sports car." The V12 under the hood packed a claimed 479 horsepower at 7,000 rpm and 420 pound-feet of torque at 5,000 rpm. As the story goes, Nike and Air Jordan designer Tinker Hatfield used Jordan's Ferrari as inspiration for the Air Jordan 14, which has "air intakes," a Ferrari-like Jumpman logo badge, tire-like rubber, air strakes, and metal lace tips. Jordan's most notable Ferrari was the Testarossa, which is the star of this famous photo. 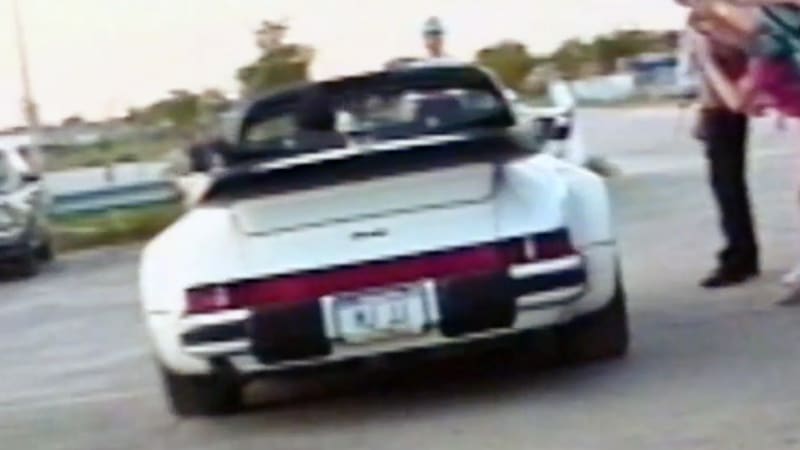 The 550 wasn't the only car Tinker Hatfield was inspired by. Jordan's Porsche 911 also served as a pathway to the Jordan VI's heel tab, which reflects the wing seen on 911s. Among other Porsches, Jordan had a white 930 Turbo Cabriolet slant nose that makes an appearance in episode four at about 38 minutes in. The memorable scene shows the Chicago Bulls returning home after finally getting over the Detroit Bad Boys hump by sweeping the Pistons in four games. The license plate reads, "MJ JJ," which we speculate could be representative of his father James Jordan. 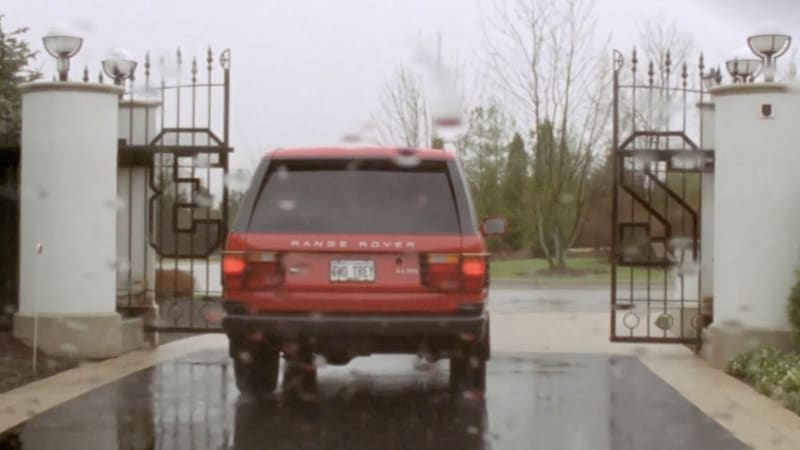 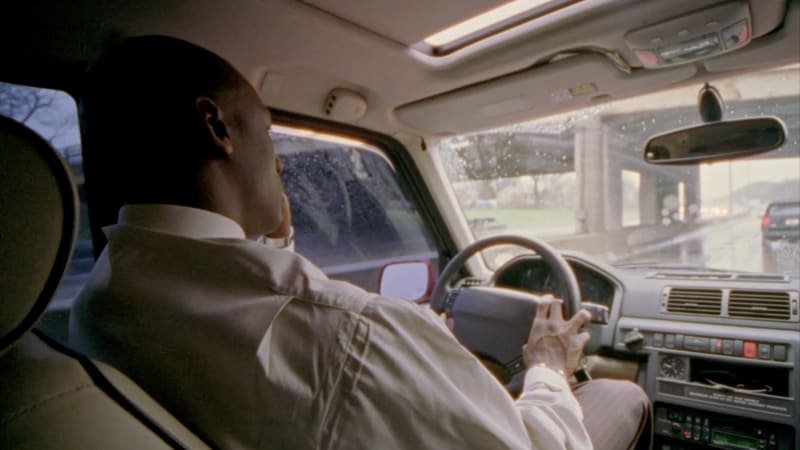 The rainy scene starring a Range Rover is special, as it follows Mike driving from his 23-gated Highland Park house, through Chicago, and to the United Center. Access to a cigar-smoking MJ inside his car is extremely rare and was only granted to a select few people, such as legendary reporter Ahmad Rashad, who was interviewing Mike at the time. The Range Rover HSE 4.6, which Jordan sported with a red-and-black color scheme, had a 4.6-liter V8 and a license plate that read "Two Trey." 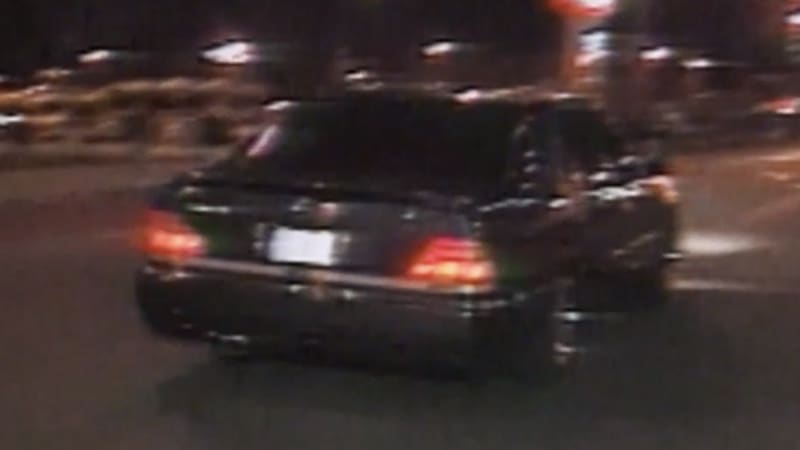 At about 14:00 in the seventh episode of The Last Dance, Michael Jordan uses a W140-generation Mercedes-Benz S-Class as a getaway car. After Jordan had thrown out the first pitch at game 1 of the 1993 American League Championship Series between the Chicago White Sox and Toronto Blue Jays, a leak broke the story that he planned to retire from professional basketball. Reports of the mind-blowing news came out during the game while MJ was in a private box. As soon as his camp caught wind of what had happened, Jordan was seen speeding away from Comiskey Park in his Benz. This wasn’t any Mercedes, either. Judging by the wheels, exhaust, and rear design, he was driving a V12 S600 customized by Lorinser. 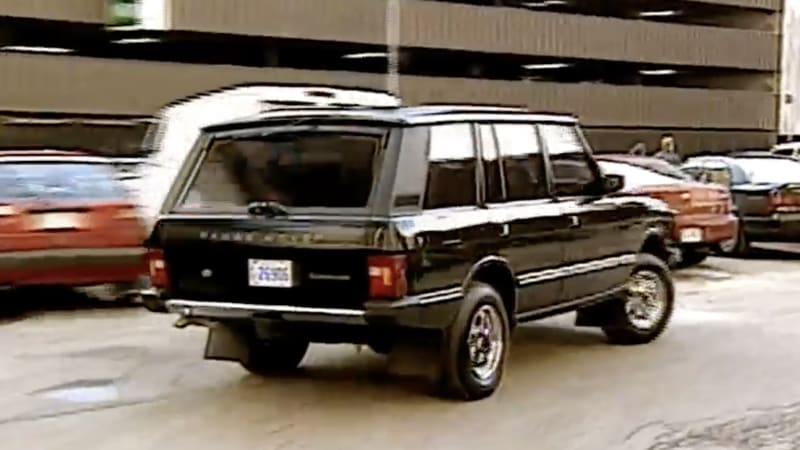 At about 12:20 into the eighth episode, Jordan’s teammate B.J. Armstrong recalls a time when a retired MJ joined the Bulls at practice for a visit. Footage shows Jordan following Armstrong’s Toyota Land Cruiser in an early ‘90s Land Rover Range Rover. Based on the rear badge, it appears it was a rare Range Rover County LWB, which had an extended wheelbase and luxury amenities. 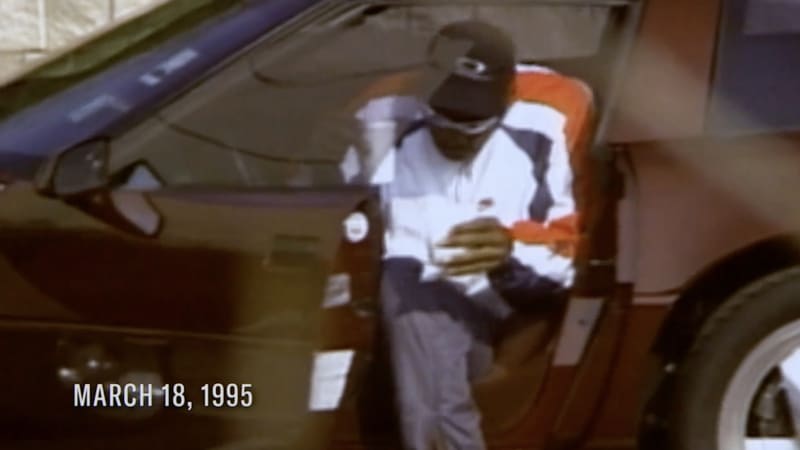 At about 14:30 in the eight episode, fans are finally treated with footage of Jordan getting out of the aforementioned 1993 Chevrolet Corvette ZR-1 40th Anniversary Edition. Making his triumphant return to the Chicago Bulls after unretiring with his famous “I’m back” press release, Jordan pulled up in the rare Vette that paired ruby red metallic paint with an all-read interior. Only 448 ZR-1s were produced for 1993, and of that lot, only 225 were equipped with the 40th Anniversary package. The ZR-1 V8 produced a claimed 405 horsepower and 385 lb-ft of torque, and to this day, it’s one of the most collectible Corvettes ever produced. 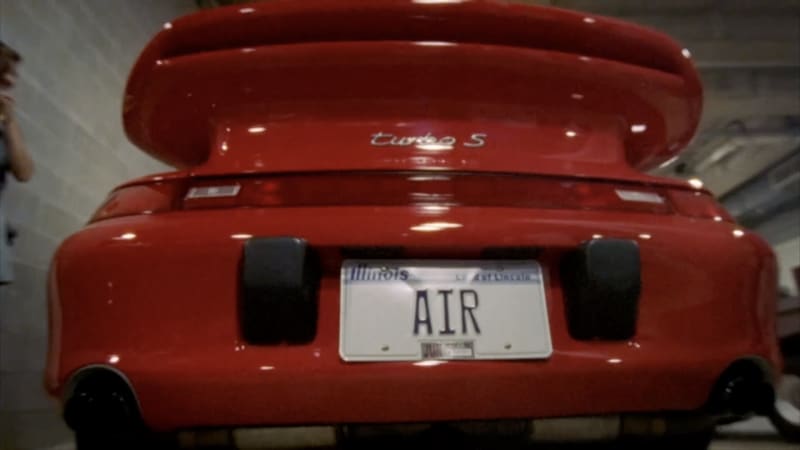 The last Jordan car shown in The Last Dance is also one of the best. At the end of Episode 9, after narrowly edging out Reggie Miller and the Indiana Pacers in Game 7 of the 1998 Eastern Conference Finals, Jordan put on a baggy mustard-colored suit, jokingly cursed at Larry Bird, then exited the arena in a red Porsche 911 Turbo S. The top-of-the-line 993 made a claimed 424 horsepower and was one of the last air-cooled 911 Turbos. Possibly the only thing that could take attention away from its giant rear wing was a license plate that read AIR. How fitting.