More adventures in the history of Chrysler-Mitsubishi badge engineering, found in an Arizona car graveyard

When I'm scouring the rows of a big, fast-inventory-turnover vehicle boneyard for fascinating examples of automotive history, I keep strange examples of badge engineering at the top of my shopping list. Subarus with Saab emblems, Isuzus with Acura emblems, Hyundais with Mitsubishi emblems, Austins with Nash emblems, Mazdas with Mercury emblems, all the vehicles that sprang into existence because Carmaker A wanted to fill a vacant slot in the showrooms and Carmaker B proved willing to offer a vehicle that fit that slot. While I have yet to unearth a discarded Suzuki Equator pickup, I've found this truck with a far more convoluted model-name history: a 2006 Mitsubishi Raider in Phoenix. 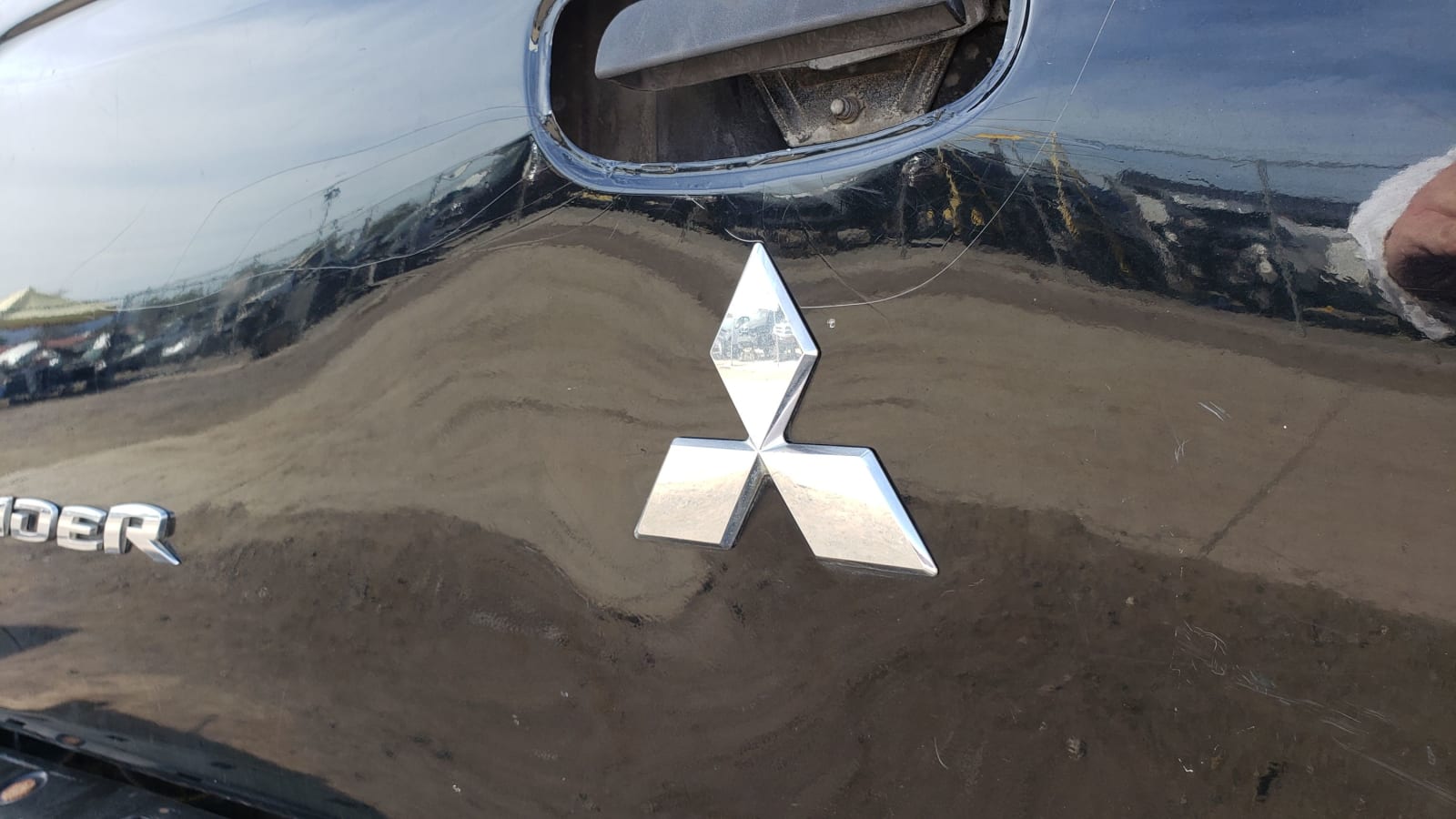 Chrysler sold rebadged Mitsubishis over here for decades, beginning with the Dodge Colt in the 1971 model year. Trucks joined the mix in the middle 1970s, with the Plymouth Arrow and then the Dodge D-50/Ram 50 pickups. The Dodge-ized Mitsubishi pickups soon faced competition from their Mitsubishi-badged twins, in the form of the Mighty Max, and then Chrysler began selling first-generation Mitsubishi Monteros with Dodge badging. 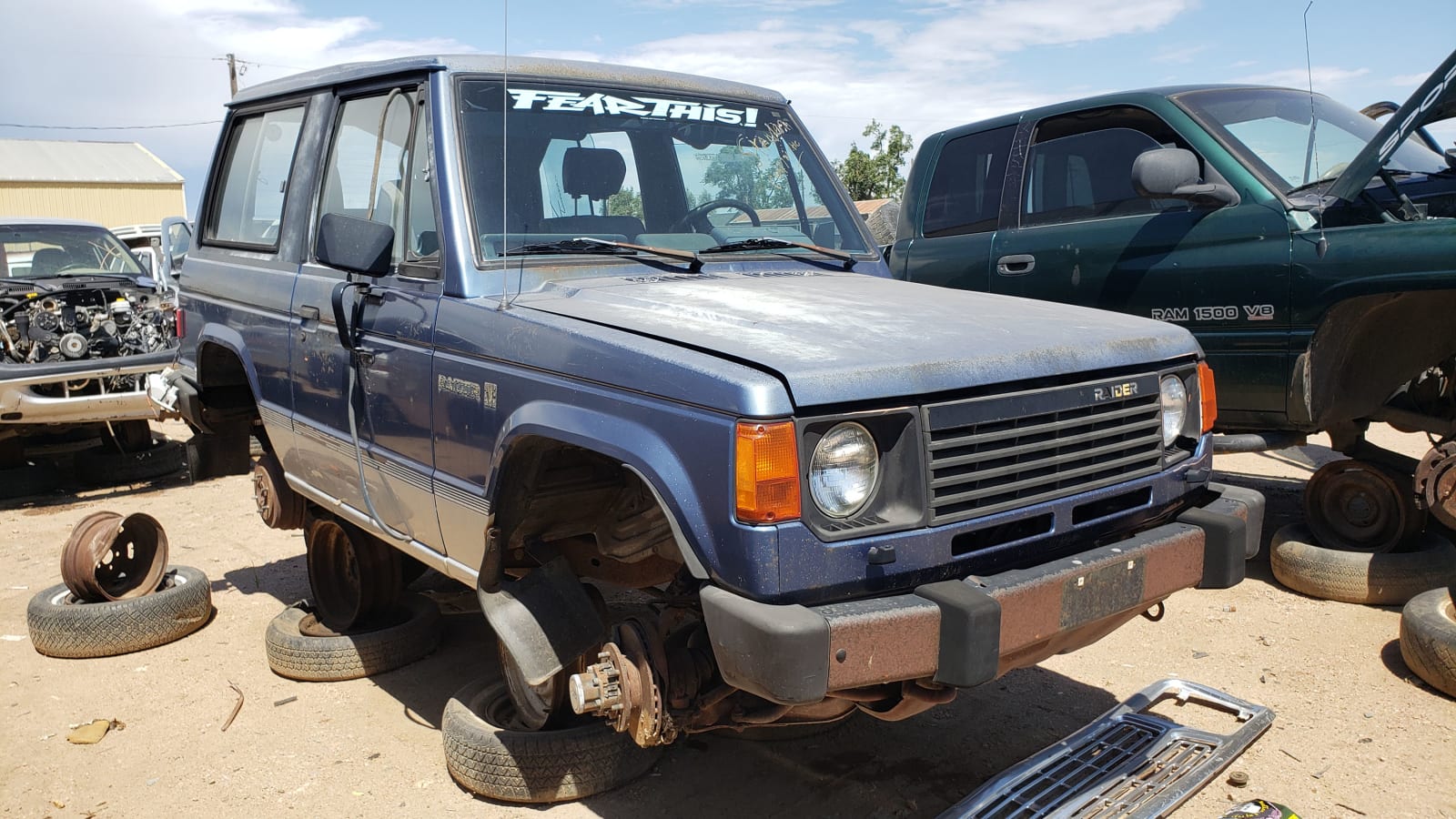 That truck became the Dodge Raider, available with "Imported for Dodge" emblems in North America for the 1987 through 1989 model years. Raider owners loved their tough little SUVs every bit as much as Montero owners loved theirs, and so the Raider name continued — decades later — to have positive connotations in the world of Dodge and Mitsubishi truck owners. 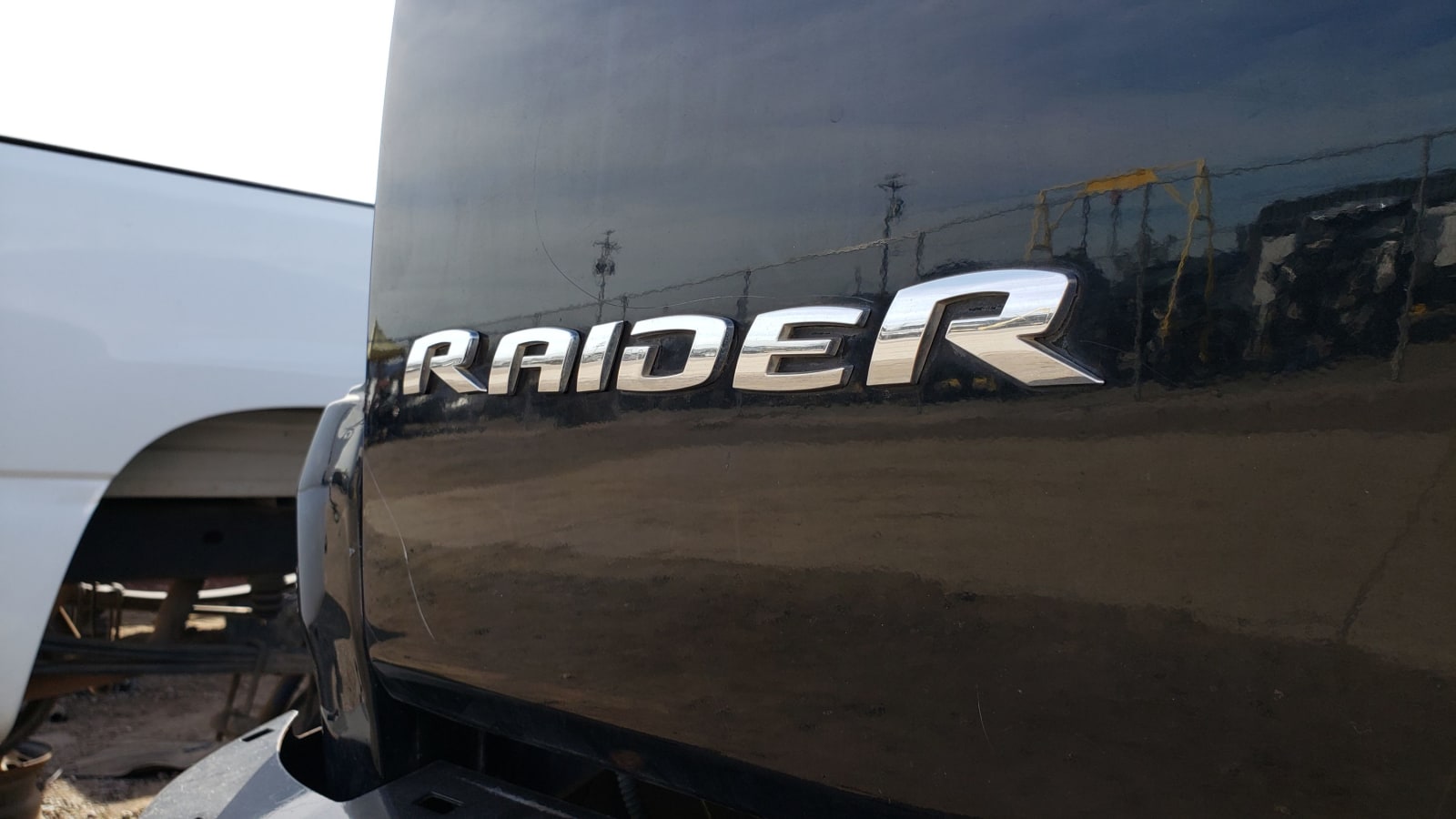 So, when the American outpost of the Mitsubishi Empire needed a pickup to offer in their showrooms (the Mighty Max having been axed in 1996), they turned to their friends at Chrysler and the Dodge Dakota pickup. With some new bodywork and tough-looking Raider badges, the Dodge/Mitsubishi Raider circle had been closed. Raider sales began in 2005 for the 2006 model year. 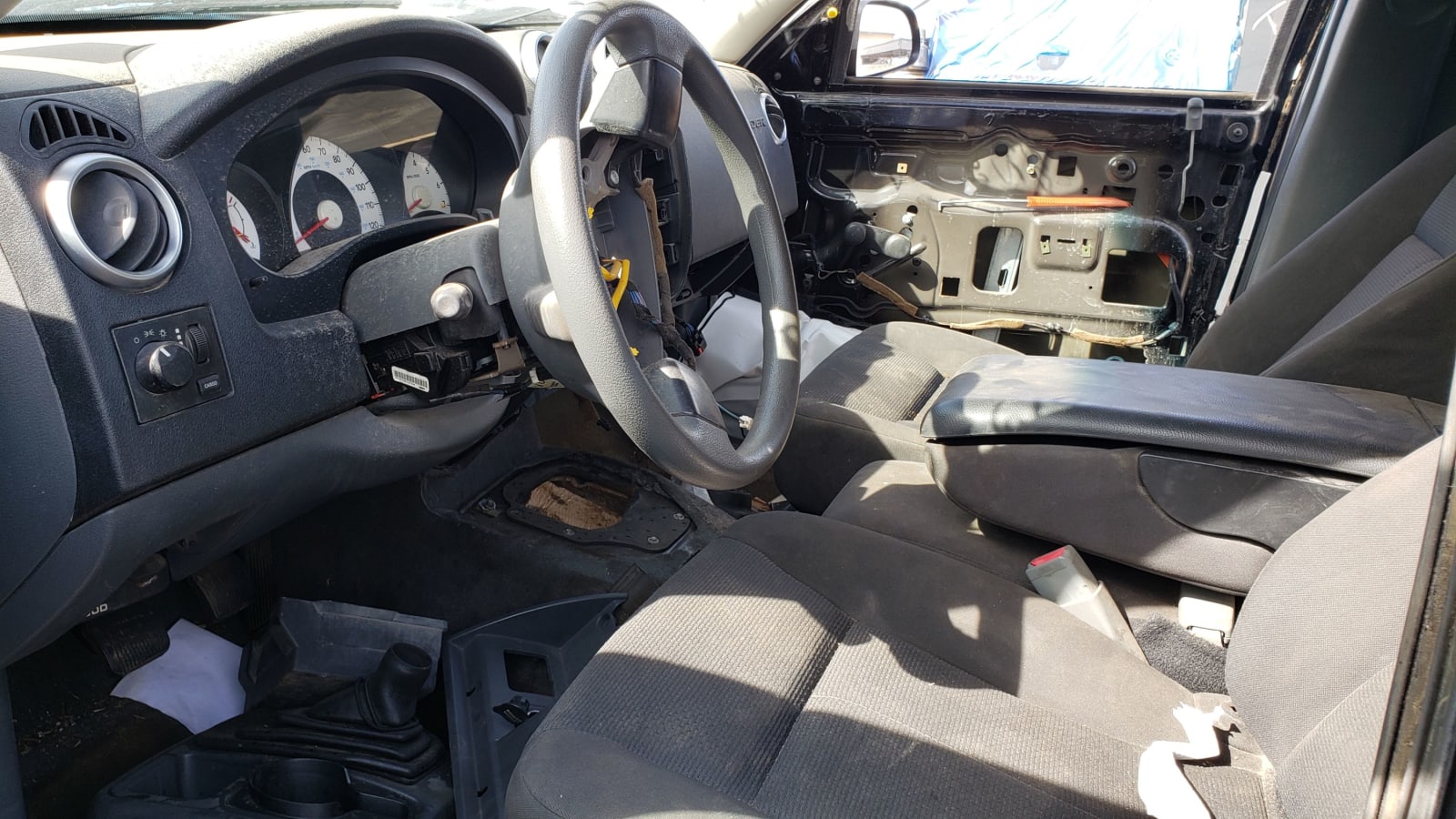 Sales numbers proved disappointing, and 2009 was the last year for the Raider. This one got crashed hard, then picked over for mechanical goodies by Dakota owners. 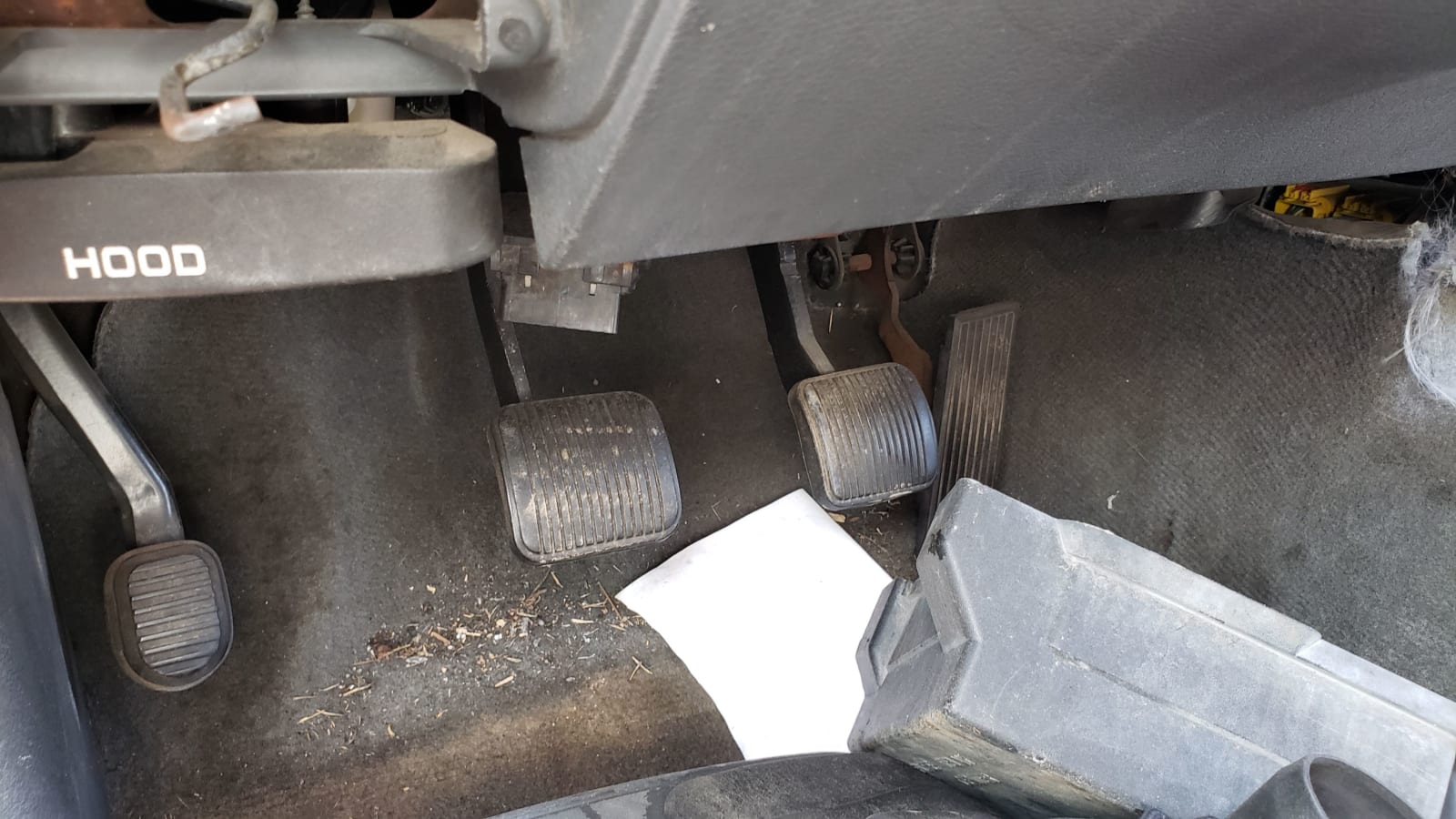 You won't find many pickups this new with manual transmissions, but this one had one. The engine is long gone, but would have been an American Motors-developed 4.7-liter V8 or 3.7-liter V6.

With Dodge going murderously macho with their ads last decade, Mitsubishi had no choice but to follow that formula with the Raider.