Sounds like no more compromises for BMW's flagship hybrid

Forty-two years after its introduction, the BMW M1 still has a more enticing spec sheet than many sports cars today: Mid-engined 3.5-liter straight-six with 273 horsepower and 243 pound-feet of torque, five-speed manual transmission, rear-wheel drive, weighing 2,866 pounds, top speed 163 miles per hour. Compare that data to the i8: Mid-engined 1.5-liter turbocharged three-cylinder and two electric motors, 369 hp and 420 lb-ft, six-speed automatic, all-wheel drive, 3,501 pounds, top speed 155 mph. The i8 is 1.3 seconds faster from zero to 60 mph, but enthusiasts know which one they'd rather drive. Car and Driver reports that BMW's next effort with a flagship sports car will combine a little of each, an i8-style powertrain with around 600 horsepower wrapped in M1-inspired looks. All the rumors put the coupe on arrival in 2023 or 2024.

C/D refers to the car on the way as an i8 M, Automobile referred to it as an i12, the BMW Vision M Next concept being the real starting point. By any name, the switch to a more powerful 2.0-liter turbocharged four-cylinder and upping output from the electric motors, the car we'll also call i8 M should make 600 real ponies to match the Vision M Next's 600 conceptual ponies. Remember, 600 hp remains BMW's self-imposed cap on output, but a V8 hybrid X8 M might shatter that ceiling. The run to 60 miles per hour is expected to take three seconds, top speed capped at 186 mph. BMW R&D boss Klaus Froelich said engineers looked at making the coming coupe all-electric, but curb weight ballooned to 4,850 pounds. By going the PHEV route, engineers targeted 3,750 pounds and were able to beat that figure. On the efficiency side, sounds like the i8 M PHEV will fit a battery with a capacity well beyond the 11.6-kWh battery in the i8, enabling an all-electric range of around 60 miles instead of the current i8's 18 miles. BMW dumped enormous sums into the carbon fiber expertise and build processes that helped create the i3 and the i8. Even though the automaker sold its Washington carbon fiber facility, C/D believes the i8's carbon tub will evolve with the i8 M, a belief partly based on the Vision M Next presenting a great deal of structural carbon in its build. On the outside, the Vision M Next adopts a much more M1-like wedge shape, with i8 flourishes including the horizontally split rear fenders, plus contrasting textures and colors meant to convey i8 lines at the front fenders and the side sills into the rear deck. There's a chance designers will carve out a proper frunk that doesn't require two hidden pull tabs, two people, and two screwdrivers to operate, too. 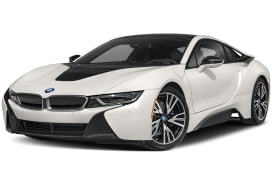 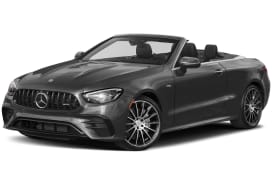