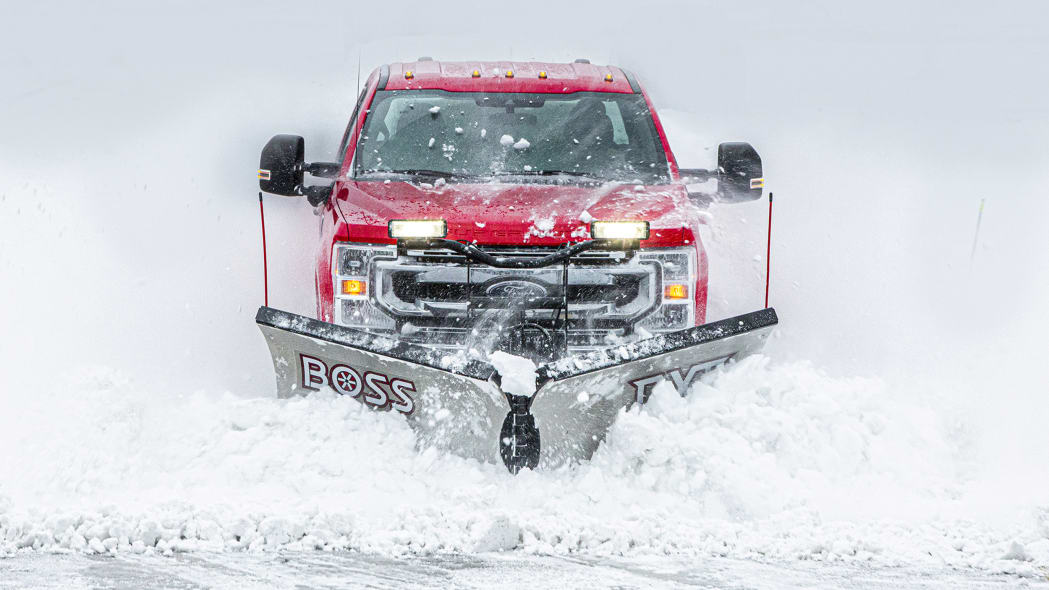 Ford claims its 1,400-pound snow plow rating, which accounts for mounting hardware, is the heaviest in the class of full-size pickups over 8,500 lbs. GVWR. The rating is good on 4x4 F-250s and F-350s with single rear wheels, gas engines, short boxes, and regular, crew, or super cabs. Ford also says its 1,290-pound rating for diesel models is also best-in-class amongst full-size pickups over 8,500 lbs. GVWR. The diesel rating covers 4x4 F-250s and F-350s with regular cabs and the 6.7-liter turbodiesel V8 engines.

The key components to the Snow Plow Prep Package, which lists for $250, are the heavy duty springs for the suspension and the uprated alternator for increased electrical loads. Ford also mentions that, though not included, a preheating windshield wiper de-icer, a heated steering wheel, and heated rear and front seats are all available and would be logical additions. Furthermore, white or amber LED strobe lights are optional on XL, XLT and Lariat trims.

Ford's press release cites a study by the Snow and Ice Management Association (that's apparently a thing) and Wolfworx/Singer Consulting that puts snow removal as $18 billion industry in the United States, comprising 22,000 commercial contractors and 75,000 truck owners who are plowing solo.

Bring on the snow!