Devices give workers a boost, but should we 'flesh motors' be concerned?

LAS VEGAS — On Tuesday at the synergistic automotive/technology juggernaut that is CES, Honda’s Silicon Valley-headquartered tech incubator, Honda Xcelerator, unveiled a quartet of new products that it is helping to hatch. Two in particular caught my eye: the Chairless Chair from German company Noonee, and the 360 from Dutch manufacturer Skelex. Both are strap-on exoskeleton devices, offering up external support to humans who have to perform repetitive tasks. The Skelex shores things up, and provides additional bionic strength around the shoulders and arms. The Nonee takes up the, ahem, rear, allowing seamless support in transitioning from standing to “sitting.”

“The theme for our startups this year is human augmentation,” says Dennis Clark, who runs the Xcelerator. “And we are focusing on manufacturing and industrial innovation, especially in terms of ergonomic hardware devices and wearables.”

These devices also seem to align well with the brand’s overall philosophy when it comes to the droidosphere, which is to offer gentle assistance to human’s physical or emotional labor, to help people do the hard and dumb stuff, rather than attempt to replace or replicate the broad sphere of human intelligence.

“We are focusing on manufacturing and industrial innovation because our manufacturing prowess is one of the things that sets us apart,” Clark says. “From a trend standpoint, the next area we see is looking for tech that helps us to be more efficient, more energy efficient in our production processes, in all areas of our business.”

Being the enterprising type, and an aging member of society with a job that requires repetitive motions, I decided to take both of these products for a spin. They are both, not surprisingly, awkward and a bit uncomfortable at first, since they're worn over my clothes and body, like a prosthetic arm and ass in addition to my extant arm and ass. They also made me feel a bit like some terrifying SEAL Team humanoid, equipped with enhanced powers. But I quickly got used to them, delighting in my newfound ability to tirelessly bench-press anvils and perform a perfect seated-at-a-Parisian-café mime. 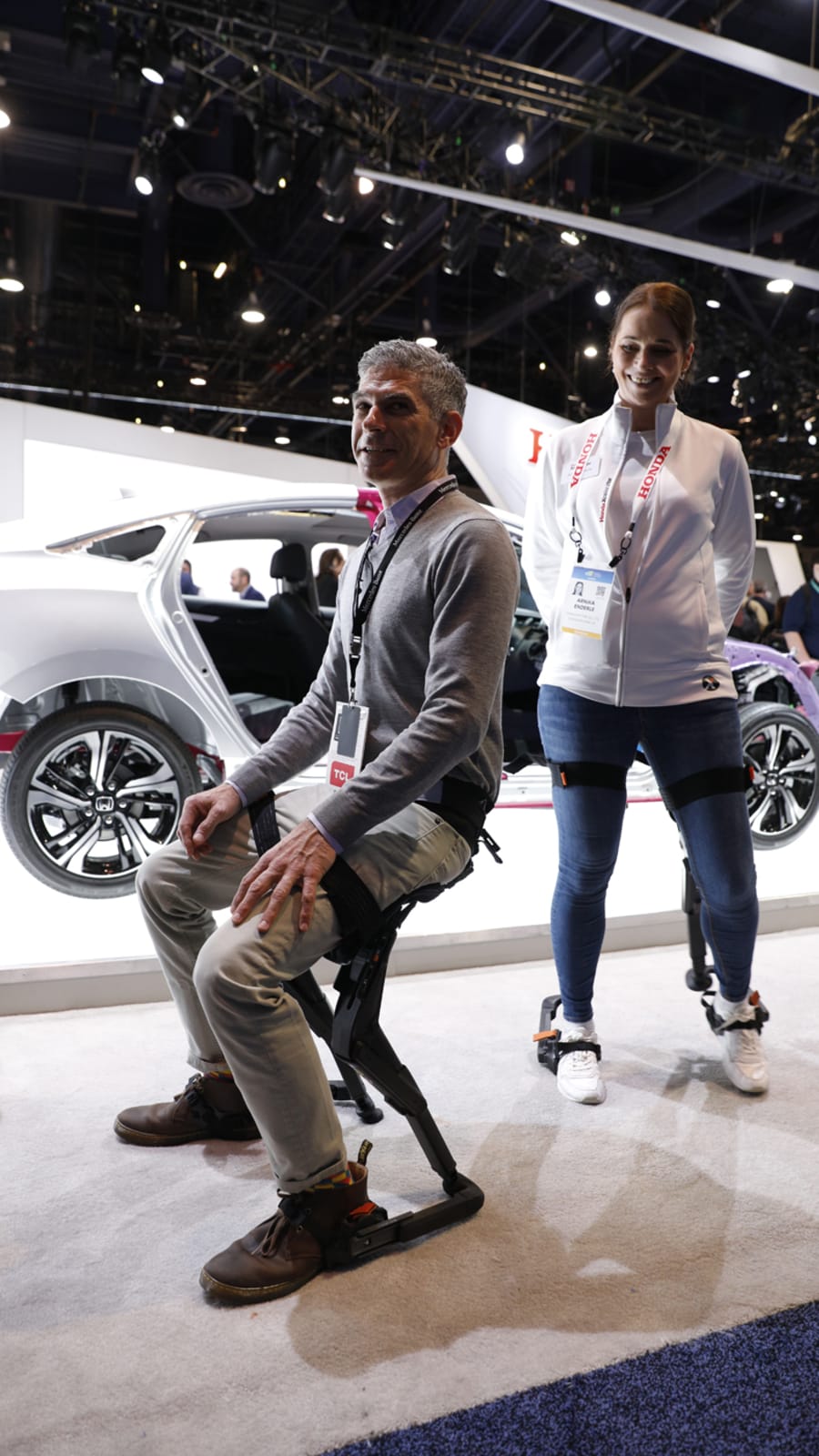 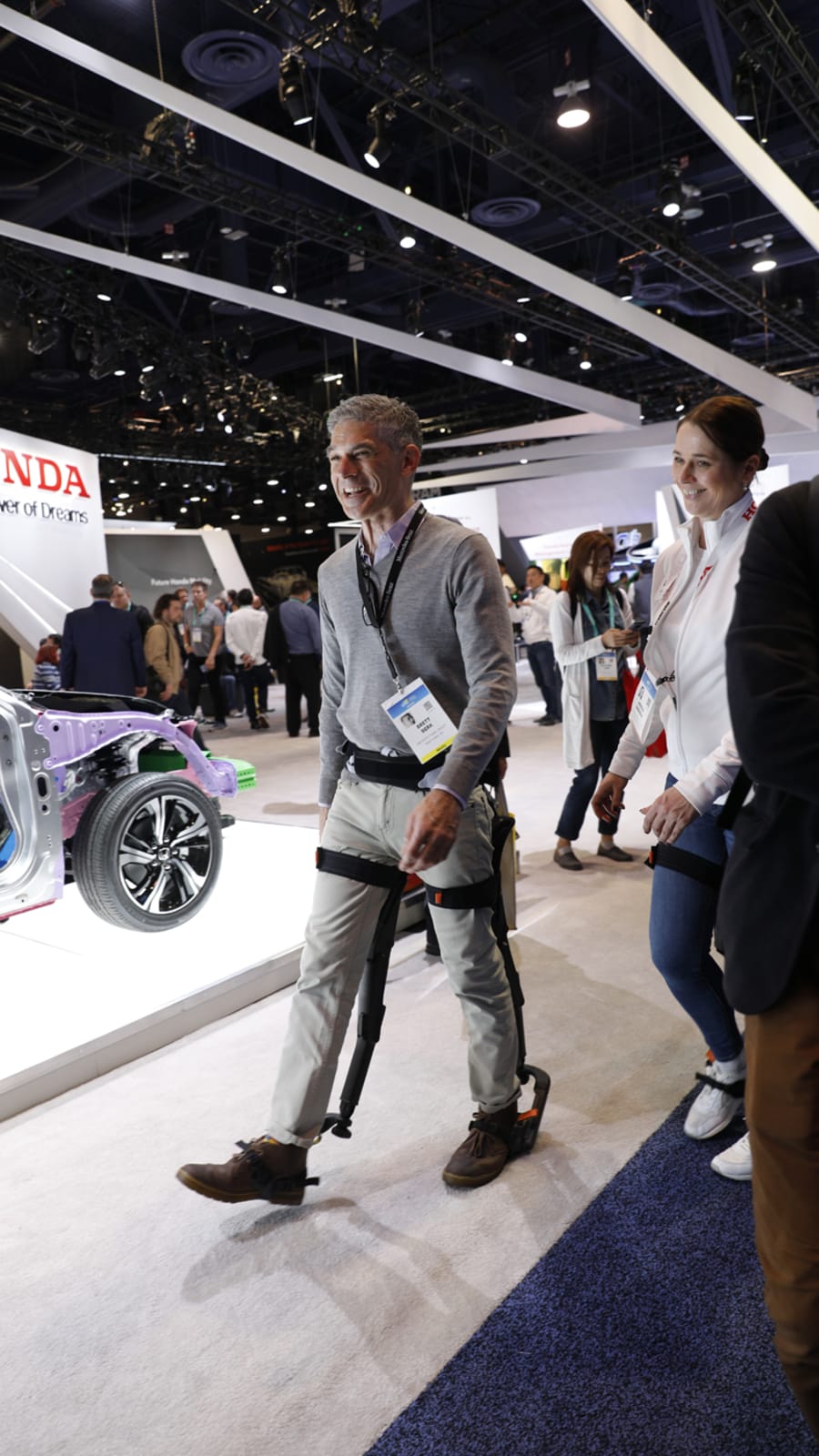 But after ridding myself of their automaton embrace, I couldn’t help but think that, in addition to their gracious and assistive application, they might have other, deeper, purposes. “By inference, an exoskeleton with machine learning algorithms in it can be watching the workers, used to train their robot replacements,” prognosticates Douglass Rushkoff, professor of media theory and digital economics at City University of New York/Queens, and author of 20 books including "Team Human" and "Throwing Rocks at the Google Bus." He continued: “You just change out the flesh motor for a digital one, and you’re done and you don’t need a worker anymore.”

Rushkoff doesn't necessarily see this as a drawback, on the surface. “In the long term, if you don’t need human beings building cars, for example, that’s not necessarily a bad thing, as long as we have an economy that supports the human beings who now aren’t doing that,” he says. In the interim, he suggests, while the workers are training their robot replacements, they should also be compensated for the double duty they’re performing. “You’ve got workers doing two things: building the car inside the exoskeleton, which is somehow supporting their back and preventing them from getting injuries, which is good, but training their robot replacement. And I think that’s all fine as long as you’re paying them for that too.” 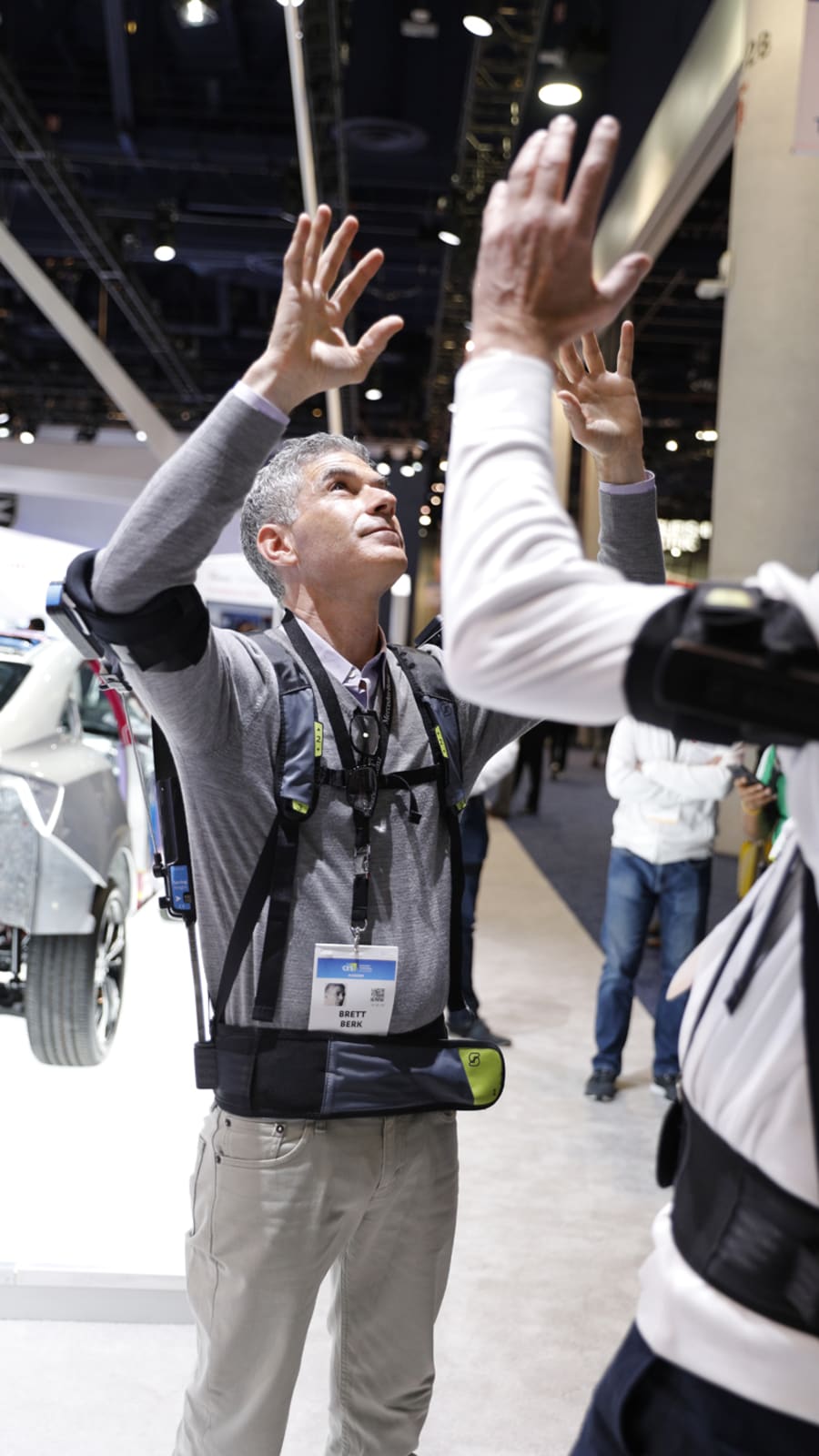 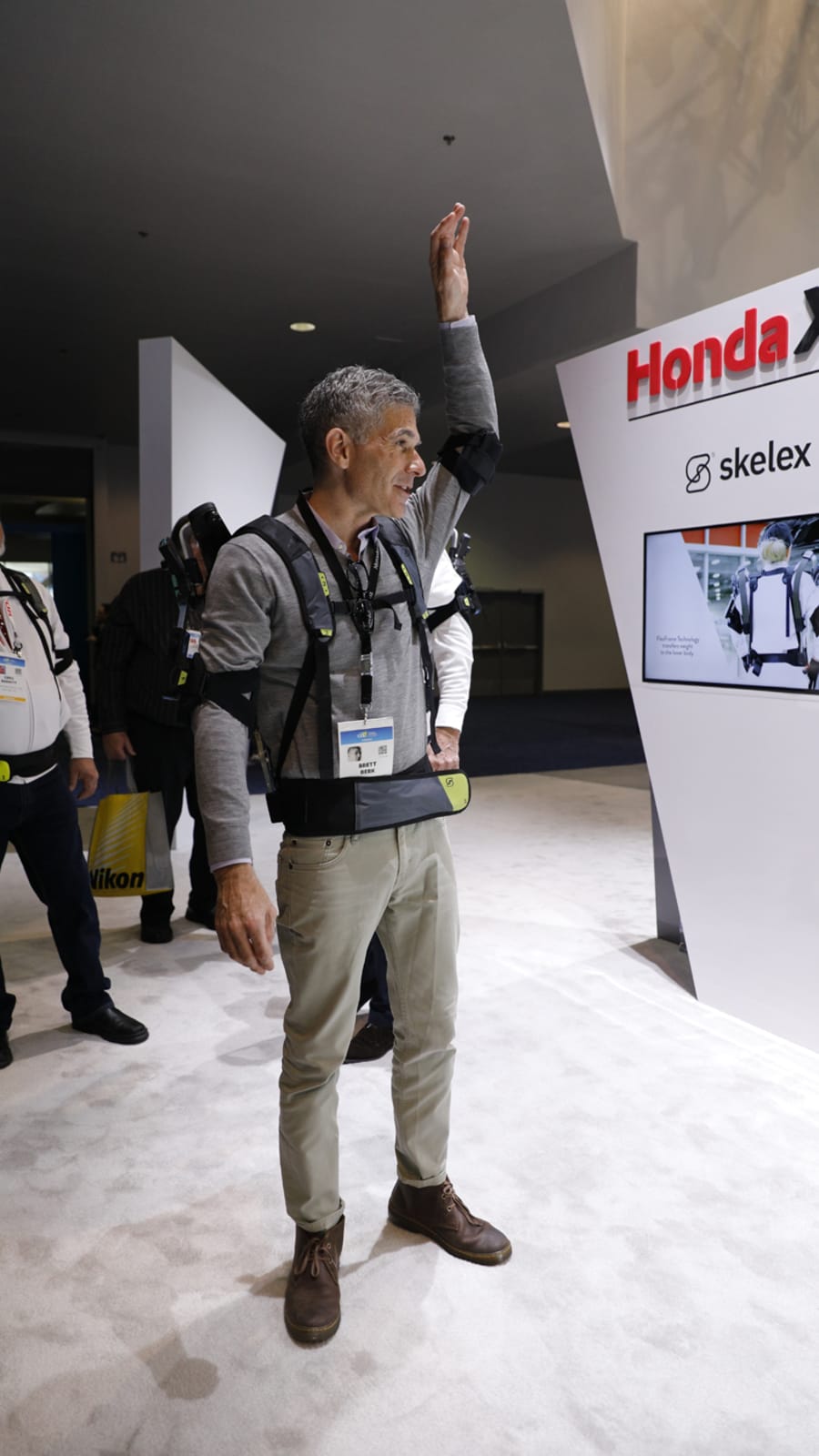 On a deeper level, Rushkoff believes that our difficult and suspicious relationship with technology is founded not in some nefarious SkyNet plan, but on the particularly insidious and demeaning form of capitalism practiced in the United States. “It’s just a shame that we live in such an extractive and manipulative society that we can’t help — especially those of us who think about these things — we can’t help but go down these negative, abusive trajectories around technology, rather than thinking, 'This is magic. This is Wonder Woman,'” Rushkoff says. “And it’s such a shame that we have not evolved our relationships to labor and economics as quickly as we’ve evolved the technology that can get us out of so many messes.”

Honda says this isn’t in the plan for the immediate future. ”These devices are nor meant to replace humans. That won’t happen for a long time,” Clark says. But the devices are already being trial tested at the brand’s factories in Japan and the U.S., and making them AI equipped, monitoring, and “smart” is definitely in the cards.

“At this moment, they are physical innovations, but you can extrapolate out. We see artificial intelligence, augmentation, and wearables all coming together down the line to help us see how our associates are doing their work and helping them to be most efficient and helpful from a human welfare standpoint,” Clark says. “But, for now, we don’t want to focus on the replacement portion, but how these devices can be used to give us superhuman strength.”