Rosenbauer Concept Fire Truck PHEV headed to production, looking for a home in the U.S.

Austria's Rosenbauer Group, the world's largest maker of fire trucks, has developed a range-extended electric fire truck simply called the Concept Fire Truck (CFT) that's on its way to production and operation. It's also close to appearing in America.

It was first revealed in 2016 for Rosenbauer's 150th anniversary and has a 350-kW dual-motor electric drivetrain. Rosenbauer hasn't released the battery capacity, but the lithium-ion unit can power the truck or for a range of about 30 kilometers, or power the water pumps for up to 30 minutes. A BMW inline-six diesel supplied by a 40-gallon fuel tank acts as a range extender or can be used to power the pumps and ease load on the electrical system. The truck will go into production in 2021, according to Business Insider. The news outlet also noted that a pre-production model nearly went into use. The Menlo Park Fire District in California's San Francisco Bay Area had put its hand up to buy one of the pre-production versions to trial, but the city council vetoed the plan by a single vote over the CFT's $1.1-million price. 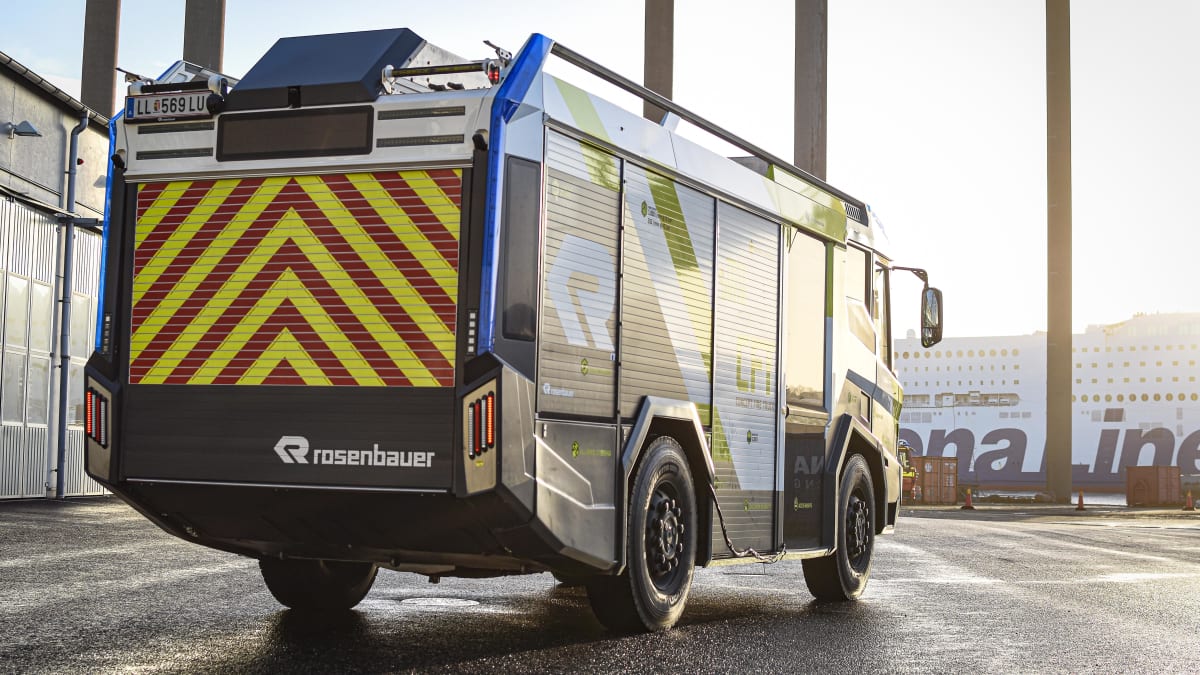 Menlo Park Fire Chief Harold Schapelhouman made his pitch for the CFT before a public open house so residents could check out the vehicle. Schapelhouman said most engines "only travel short distances before returning to their home base, or Fire Station, so electric motors make perfect sense," and that more than 90% of emergencies "only last 30 minutes or less and this Engine can be shut down once it arrives at the incident." For longer emergencies, Menlo Park planned to have a second battery installed that would double the CFT's range. Even with that, the powertrain would require less maintenance than the typical diesel-engined fire truck. Canberra, Australia plans to trial the CFT, and a government official there saying the vehicle would save nearly 49,000 gallons of fuel every year, and 106 gallons of engine oil.

Nevertheless, when a new rescue/pumper combination vehicle starts at around $500,000 before outfitting – used models easily run $300,000 – the Menlo Park city council couldn't swallow the CFT's price. Given the savings in fuel and maintenance over a fire truck's 10- to 20-year lifespan, though, the price gap isn't as large as expected over time. 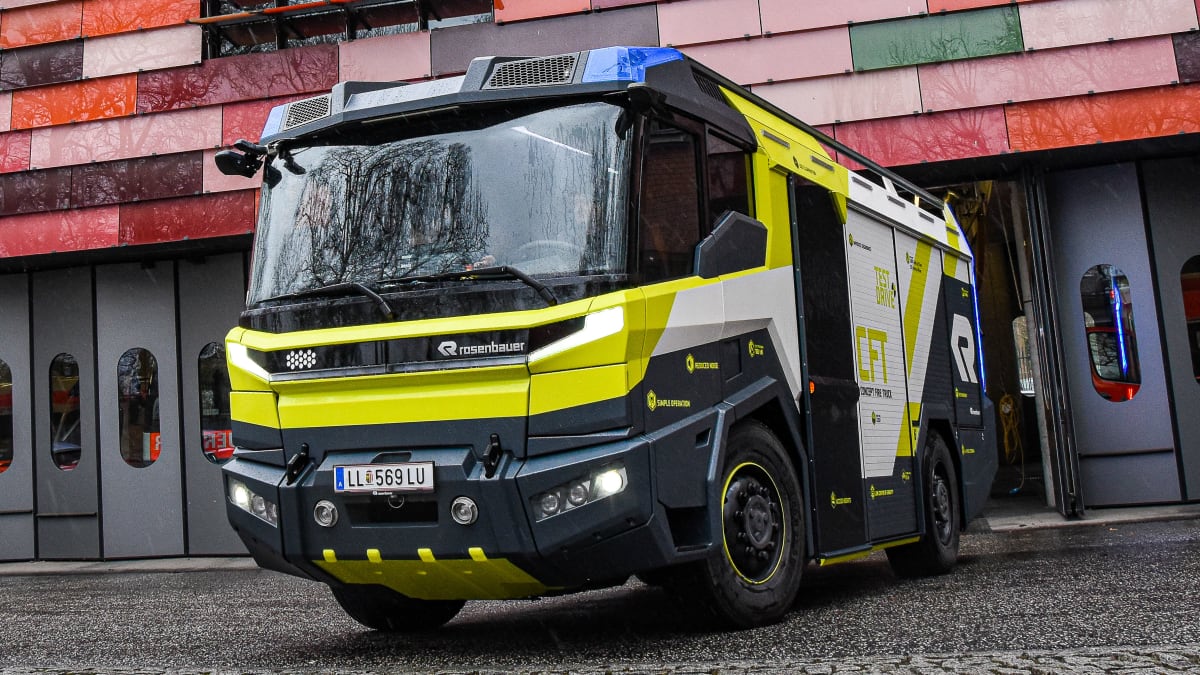 And Rosenbauer threw a lot of features at the CFT to justify the price. With a brief to excel in urban environments, especially in Europe's narrow streets, the 25-foot long, all-wheel drive CFT has four-wheel steering to make tight turns. The range-extender engine recharges the battery in 15 minutes. The standard ride height of 9.8 inches can be lowered to 5.9 inches or lifted to 13.8 inches. The combined cockpit and cabin seats eight. The driver's and commander's seats swivel, and the cabin seats can be arranged conference-style. Modular compartments behind the cabin hold a 300-gallon water tank and 750-gpm pump standard, able to be upgraded to a 1,000-gallon tank and a 1,500-gpm pump, plus rescue and specialized equipment. It's possible to convert the rear area to ambulance duty "with just a few simple adjustments." There's a remote-controlled crawler on board that can carry up to 1,650 pounds. LEDs around the truck provide 20 times more light than on a typical fire truck, and the LEDs under the windshield able to change color to communicate status issues.

Berlin, Amsterdam, and Canberra are in the process of ordering the CFT for development and real-world testing. Menlo Park had sent one of its mechanics to Austria to make sure the department could use the vehicle, and the mechanic returned with a favorable opinion of the truck. Even though that hamlet is out of the running, it's rumored that the nearby city of Santa Cruz could call Rosenbauer to snag one of the ten available pre-production slots.