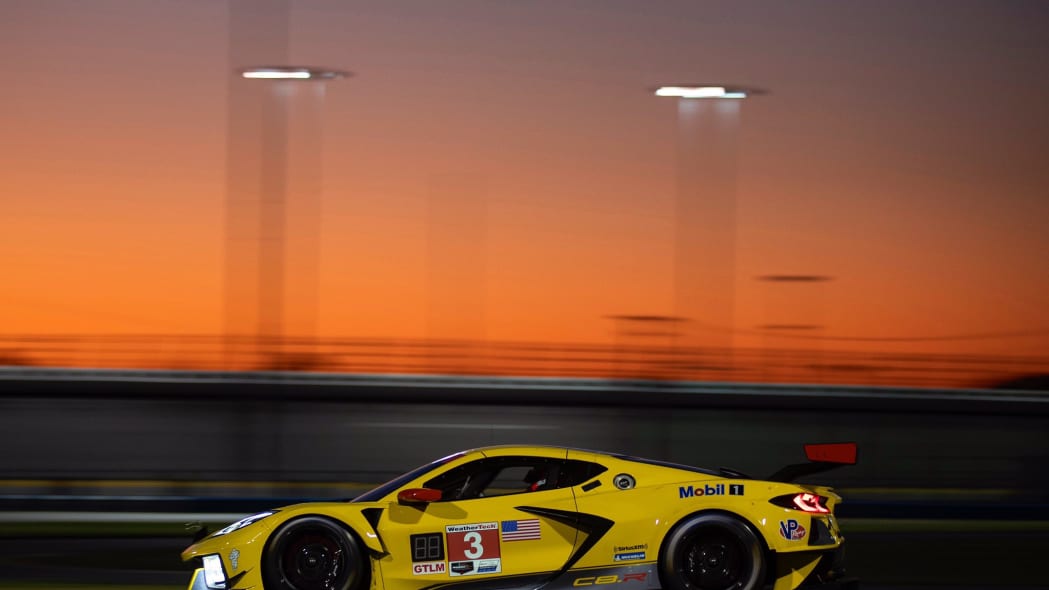 The mid-engined, eighth-generation Chevrolet Corvette will hit the track in the traditional yellow livery. The C8.R made its debut in 2019 in silver, but it's yellow that racing fans associate with the Corvette.

Wearing number three, the Coldplay-approved yellow car will be driven by Jordan Taylor, who posted photos of it on Twitter, and Antonio Garcia. It looks a lot like the C7.R that raced around the world for years — both models are painted in the same hue — but minor details like silver accents and specific graphics set the two cars apart. It still wears red mirrors, and it continues to ride on black wheels.

Oliver Gavin and Tommy Milner will race the silver number four car. Both 'Vettes will compete in the IMSA SportsCar Championship's GT Le Mans category, a group which includes the mid-engined Porsche 911 RSR and the Ferrari 488 GTE. Ford's born-again GT raced in GT Le Mans until the firm ended its racing program, though privateers could prolong the model's racing career.

The C8.R (pictured) uses a specific, 5.5-liter V8 engine with a flat-plane crankshaft and dual overhead cams. It delivers 500 horsepower and 480 pound-feet of torque, numbers capped by the category's regulations, and it's not currently found in a street-legal car. Chevrolet will need to send it to showrooms sooner or later to satisfy homologation requirements; unverified rumors notably point to a twin-turbocharged version of the eight in the next-generation ZR1 due out in the coming years.

Keep an eye out for the C8.R duo on the 24 Hours of Daytona's starting grid. The race begins on January 25. The Corvette will also race at Sebring and Watkins Glen, among other tracks.