A day blasting through canyons reveals the GT’s depth

Alex Kierstein
When our editor-in-chief first drove the Ford GT in May of last year, he walked away thinking of the GT as Ford's ultimate halo car, infused with legitimate motorsport mojo. A supercar that, even if it wasn't beating road-going Ferraris or McLarens in any particular metric, had the panache to park next to them at any track event or car show. Even if you were ignorant of the original GT40's history, the GT is, in its own right, an impressive machine.

That was a chilly Utah morning, a mix of frigid track time and a little time on the street. This summer, we had a GT for a whole day, and all of Los Angeles was our playground. We made a beeline for Angeles Crest Highway, partly because the Maricopa Highway north of Ojai was closed due to fires, and partly because the San Gabriel Mountains are much closer. The goal was to use the GT in a different way, to step away from any comparison with its predecessors or competitors, to unleash it on a mountain road, to hear it roar a bit. 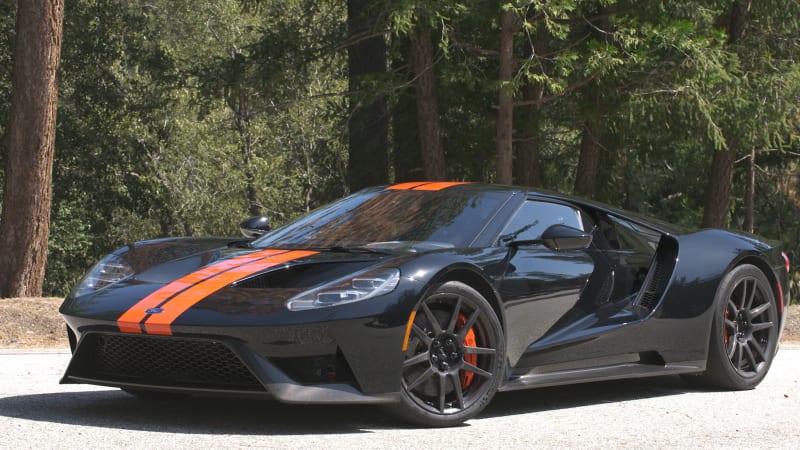 Would this track-bred, track-raised machine hold up on real-world roads? Angeles Crest is fun, but as a public road it can be a bit unpredictable. It's narrow and sinuous, minefields of gravel and dirt can appear mid-corner, guardrails aren't always where you want them. Nor is it a place where the GT can safely exceed its limits — you drive to the road, not the car, or risk going over the edge.

What we found out, as you'll see in the video above, is that the GT is shockingly multifaceted. I spent an hour in agonizing stop-and-go traffic — classic LA gridlock — and the GT was unfazed, even if I was frustrated. At moderate speeds cruising up to the mountains, it proved noisy but endearing. Frankly, the EcoBoost twin-turbo V6 and dual-clutch gearbox make a racket — and each individual sound is raw, perhaps nasty. But taken together, it's a chorus of pure, joyful power. Same goes for the interior. Look too hard and you'll see workmanship that I would unfavorably call Lotus-like. But the overall design is so bold, so deliciously purposeful, that it's a wonderful place to spend time. 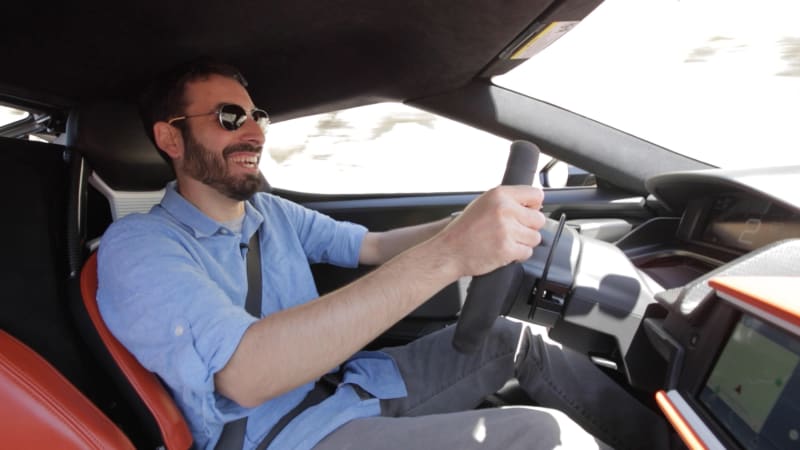 And the exterior ... the depth of the curves, the remarkable negative space under the buttresses. Black is perhaps the worst possible color to show off the incredible sculpture of the GT's lines, but nothing we could do about that.

We already knew what the GT can do on track, both in road-going and full-race form. What this trip showed us is that this is no one-trick supercar. It is fun without being demanding on real public roads. It doesn't fall on its face when forced to sit in traffic. It's not intimidating to drive hard on gravel-strewn roads. Most importantly, you don't need to take the GT right to the edge of its capabilities — nigh impossible on public roads — to have a ton of fun.

The only unfortunate thing about the GT is how unobtainable they are unless you have a wallet too thick to sit on, and that you — the reader — can't hop in next to me and experience what I'm talking about. We hope the video above gets you a little closer to that real-world experience.