It's a requirement they need to fulfill to graduate

Students at Japan's Nihon Automobile College (NATS) are transforming a first-generation Mazda CX-5 into a full-blown off-roader that looks ready to compete in the Dakar Rally. Named CX-Runner, the one-of-a-kind model will make its debut at the Tokyo Auto Salon opening its doors in January 2020.

The Tokyo Auto Salon is the Japanese equivalent of the annual SEMA show, so anything goes under the bright lights. NATS students began the CX-Runner project with a used 2012 CX-5 and seemingly set out to leave as few original parts as possible. While the project isn't finished yet, a sketch released by the school suggests the crossover will receive wheel arch extensions, an external roll cage, a beefier suspension, and a shorter front bumper that increases the approach angle.

Photos published on the school's official Facebook page show the project is moving along nicely. The body extensions are made with a composite material that looks like Kevlar, and fitting the rear wheel arches required sealing the back doors, which is fine; the CX-Runner will be a two-seater. We don't know if students are planning to make changes to the CX-5's powertrain yet, but a thick skid plate will protect whatever is under the hood from expensive impacts with obstacles encountered off-road. The Tokyo Auto Salon will open its doors on January 10, so the students have time to finish the custom-made body kit, install the suspension, paint the CX-Runner, and fit the roll cage. They're not just doing this for fun, though. NATS began offering a customizing class in 1998, and building a tuner car is one of the requirements aspiring builders need to fulfill in order to graduate.

With that in mind, it's no surprise that NATS will again have a big presence during the 2020 edition of the Tokyo Auto Salon. In addition to the CX-5 off-roader, its students are building six custom cars including a Nissan 370Z roadster wearing front and rear fascias sourced from a GT-R, a Toyota 2000GT-inspired convertible based on the Suzuki Cappuccino kei car from the 1990s, and a four-door, five-seater Toyota 86 built on Camry bones but powered by the coupe's flat-four engine. 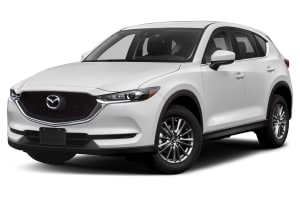