Probably not the upgrade you've been waiting for

The Toyota 86, along with its platform sibling, the Subaru BRZ, remains one of the most fun-to-drive cars money can buy for those of us who grew up in the golden age of Japanese sport coupes. No other cars on the market so precisely channel the driving feel of greats like the Nissan 240SX, Honda Prelude, and Toyota's own Corolla GT-S. However, the Toyobaru twins have been around for more than six years. For 2019, Toyota wants to add a little spice to the familiar recipe by introducing a new 86 TRD Special Edition.

The Toyota 86 started life as a Scion FR-S, but when Toyota closed down its youth marketing experiment in 2016, the brand's semi-regular "Release Edition" models died with it. The FR-S, along with other Scion models, was absorbed into the Toyota family, where it became the 86, a name that holds quite a bit of weight with the Toyota faithful.

The switch allowed the 86 to build a stronger bridge to its Toyota heritage. As fans of traditional Japanese sport coupes will know, it was named after the famed Toyota Corolla Levin and Toyota Sprinter Trueno twins, sold in the U.S. as the aforementioned Corolla GT-S and bearing the internal chassis code AE86 (Toyota has a penchant for naming heritage models after old chassis codes). The latest offering draws an even more direct line to Toyota's rich performance portfolio with a nod to Toyota Racing Development, its in-house tuning and motorsports division. 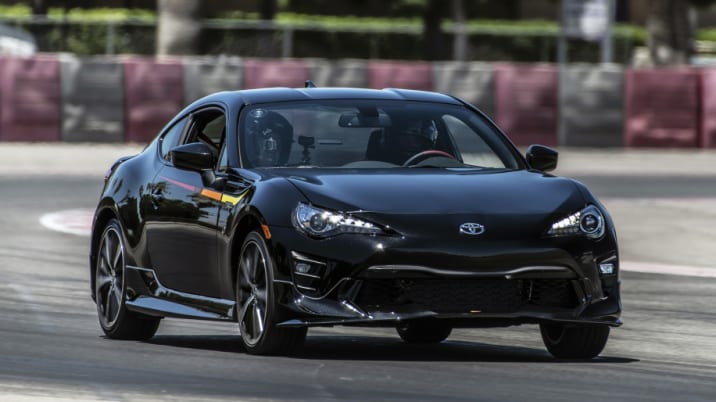 As such, the 2019 86 TRD Special Edition comes with suite of performance enhancing parts, including dampers by Sachs, grippy four-pot Brembo calipers clasping 12.8-inch rotors in front and two-piston units over 12.4-inch rotors out back, as well as unique wheels wrapped in Michelin Pilot Sport 4 tires. If that formula sounds familiar, that's because similar parts can be found on higher trim levels of the Subaru BRZ.

However, Toyota representatives assured us that while parts were sourced from the same supplier, they're not identical. And unlike with Subaru's BRZ, the three trim levels of the 86 — base, GT, and Black — all have the same suspension equipment underneath. That makes the TRD Special Edition the only 86 model available with improved hardware, and it's available, according to Toyota, with is own unique tune.

The company says that TRD engineers calibrated the dampers to their own tune. During a drive at Toyota's behest on a short road course at Auto Club Speedway in Fontana, California, I found the dampers were somewhat softer than those of the top-spec BRZ tS, and on par with those found in the BRZ Limited Performance Package.

In fact, the 86 TRD seems positioned to split the difference, equipment-wise, between the two but sporting a flashier aesthetic. The BRZ Limited Performance Pack rides on 17-inch wheels with touring-spec Michelin Primacy tires, while the 86 TRD, like the BRZ tS, comes with stickier performance tires over 18-inchers. Based on looks alone, though, we'd take either of the BRZ's tasteful black-finished alloys, smaller or not, over the "twisted spoke" design of the 86's (which a true Tuner Era veteran wouldn't be caught dead with).

The special edition 86 also throws in that de rigueur accessory from the glory days, the upgraded exhaust. In this case, it's a TRD unit with logos etched into its brushed stainless steel tips. Not even the top-spec BRZ tS has cat-backs like that.

The 86 TRD wears an aggressive aero kit as its most striking visual signifier. Body fixings include a front splitter, side skirts, three-piece spoiler, and a rather over-styled rear fascia with the TRD logo molded into it. You can have it any color as long as its black, or "Raven" in Toyota parlance.

Its pièce de résistance, though, is a throwback hockey stick stripe of red, yellow and orange, the TRD's 1980s-vintage tricolor. For those of us who grew up poring over the TRD catalog, that livery instantly takes us back to the days when Toyota racers flew those colors from beaches Long to Daytona, and technology derived from those programs percolated down to Celicas, MR2s, and Supras. 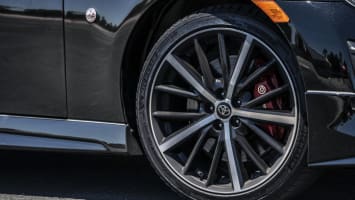 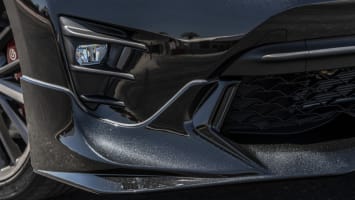 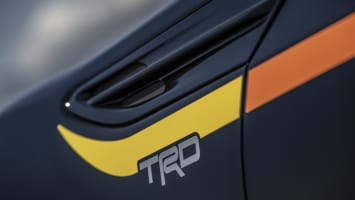 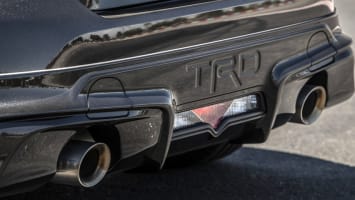 Inside, the theme continues with a charming little embroidered TRD logo adorning the dash pad. Somehow, the two-tone red and black interior doesn't scream Pep Boys as much as those of earlier special editions have. Bright crimson highlights supportive seat bolsters, seat belts, and stitching along the leather steering wheel, shifter, and handbrake lever.

Toyota has deftly priced the 86 TRD to slot between its brothers from another mother as well. To recap, the BRZ Limited Performance Package comes with the Brembos, Sachs dampers, and upgraded, 17-inch wheels on Michelin Primacy tires for $30,500. The 86 TRD adds the exhaust, 18-inch wheels with Michelin Pilot Sport 4 tires, the body kit, and 3-piece spoiler for $32,420. And finally, the BRZ tS replaces the spoiler with a two-position adjustable dry carbon wing, adds its own sleek body kit, and slaps on pillow-ball damper strut tower bracing for a grand total of $33,495.

A running theme, we're sure you've noticed, is that there are absolutely no bumps in power. Horsepower stays pegged at 205 and torque at 156 lb-ft (the 86 TRD comes only in a 6-speed manual, so the lower-output powertrain linked to automatic transmission versions is irrelevant). Yeah, yeah, I know. Save your plaintive cries for the last of the Sumatran rhinos. Autoblog clearly can't say it enough — it doesn't need any more power.

It's no coincidence that original AE86 became synonymous with mountain road battles, dirt-throwing rally stages, and the then-nascent art of drifting. It possessed a supernatural deftness for blacktop maneuvers, transmitting subtleties of road surface directly into the driver's basal ganglia. I know, because I happen to own one, and I maintain that it is one of the most fun-to-drive cars in motoring history, despite having all of 112 horsepower, 14-inch wheels, and a live rear axle suspension designed in the 1970s.

Similarly, the 86 is built for carving mountain switchbacks with more twists than a ramen noodle, or tight road courses where a driver's mistakes can't be masked by "making up for it on the straight." Both cars force the driver to hone their craft by providing nothing but a purposeful driving instrument. And like its predecessor, the 86 remains small and light, with excellent sight lines — one of the few "old school" driving experiences still left in 2018. An EcoBoost Mustang or 370Z may offer more power for price, but on canyon two-lanes anything bulkier than an 86 is a burden. 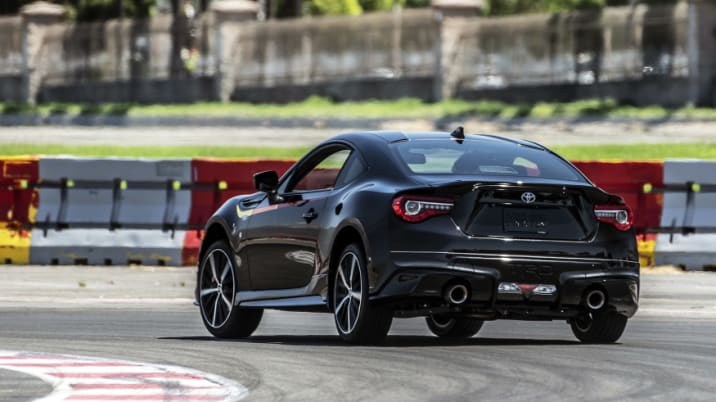 In fact, I would argue that what the 86 needs isn't more of anything. It's less. In practice, the TRD Special Edition's 18-inch wheels and their stickier tires grip a little too hard. Give us the smaller footprint and harder rubber of the standard 86 any day. It's more fun when you can break the rear end loose a little. The chassis is so controllable that you can make it drift more or step back in line with just some throttle modulation. True, the added grip and improved brakes of the TRD may shave a few tenths of a second off your next autocross session if you're Ken Gushi, but for the rest of us, the standard 86, as the AE86 before it, is the purer driving machine.

Likewise, the cosmetic add-ons and, yes, even the ultra-cool TRD badging, aren't there to improve the car's dynamics. It kind of makes you wonder what it's all for. After all, you could at one time turn your AE86 into a race car or supercharge your Camry by placing an order from the TRD catalog. In recent years, though, Toyota has let the brand languish, offering little more than lowering springs and shift knobs. TRD hasn't really been making hard-core performance parts for a decade, and Toyota seems content to let Gazoo Racing take up the mantle of Toyota's performance brand.

Where the 86 TRD Special Edition truly shines is as a reminder of heyday of Toyota motorsports, when the TRD tricolor graced everything from IMSA Celicas to Ironman Stewart Baja Trucks to Eagle GTP racers. For some, it will be worth the extra dough to secure one of only 1,418 of these 86 TRDs allocated for the mainland U.S. (Hawaii, Puerto Rico and Canada will get a few more) when it goes on sale this month. For the rest, stick with the tried and true standard models, and relive that heyday every time you get behind the wheel. 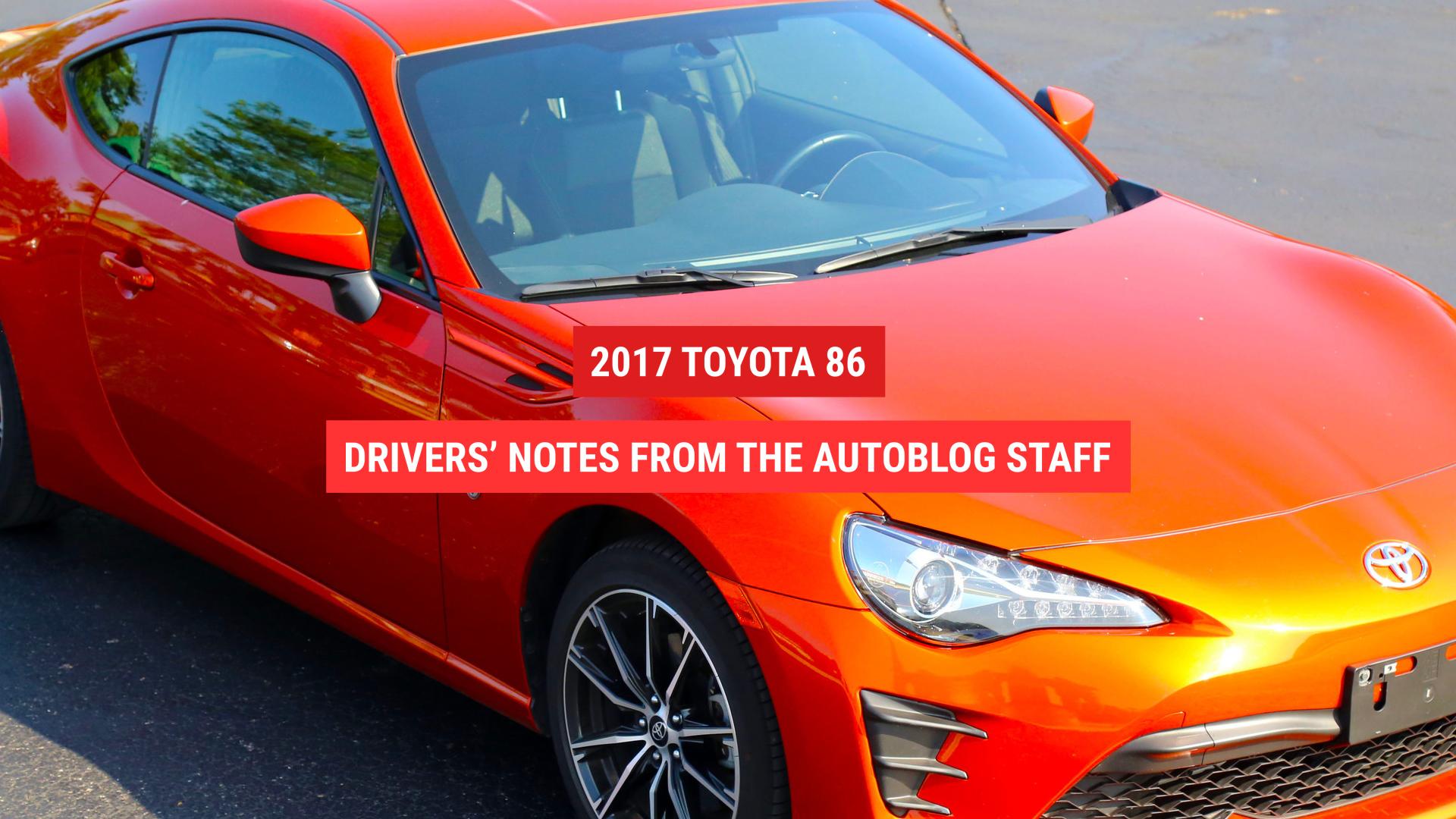 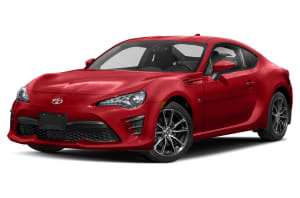