Radwood has sparked a revival in the appreciation of goofy 1980s and 1980s automotive fashions, from neon-colored tape stripes to excessive TURBO badging to ads featuring horrifying Nagel-style women with radio faceplates instead of eyes. I see a lot of discarded cars that would have been ideal to bring to Radwood, and today's Junkyard Gem is even radder than, say, a purple Mercury Tracer Trio or a teal Chevy Beretta GT or even the elusive Dodge Daytona IROC R/T (yes, there were IROC Daytonas): a genuine Pontiac Sunbird SE convertible with the W25 Appearance Package and Bright White Star wheels. 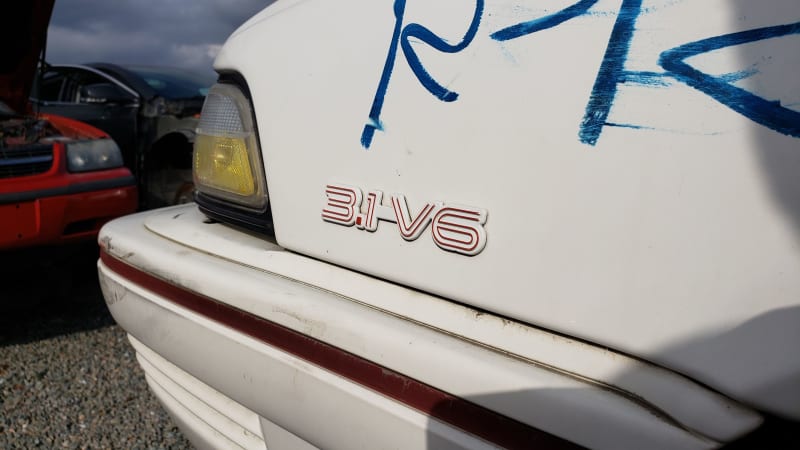 The W25 package got you a white Sunbird with kicky script badging, white wheels, and — if you opted for the optional 3.1-liter V6 — these candy-cane-influenced red-and-white displacement badges on the fenders. 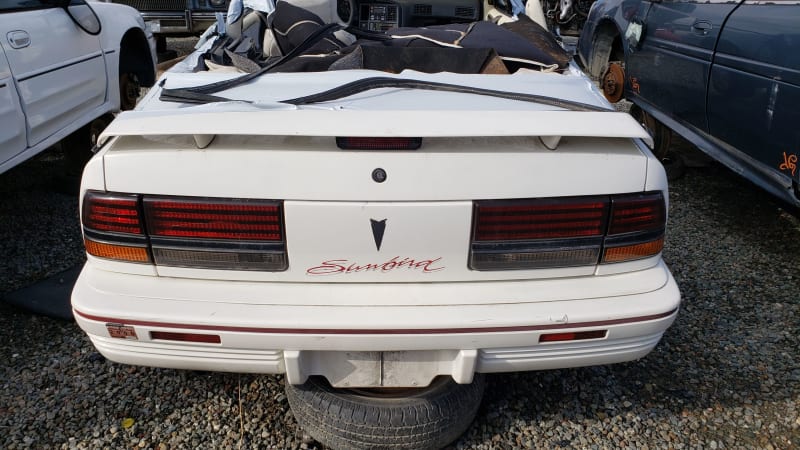 Now this is rad! 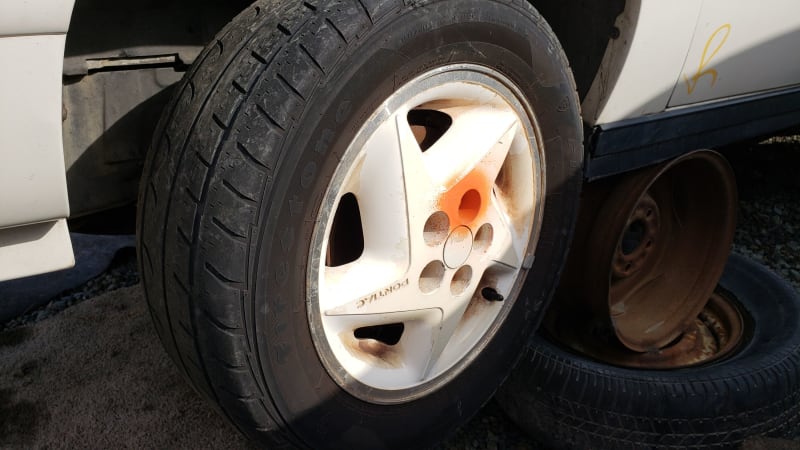 The white interior got dirty fast, especially if the owner left the convertible top down, and these wheels were tough to keep clean for more than a few hours. 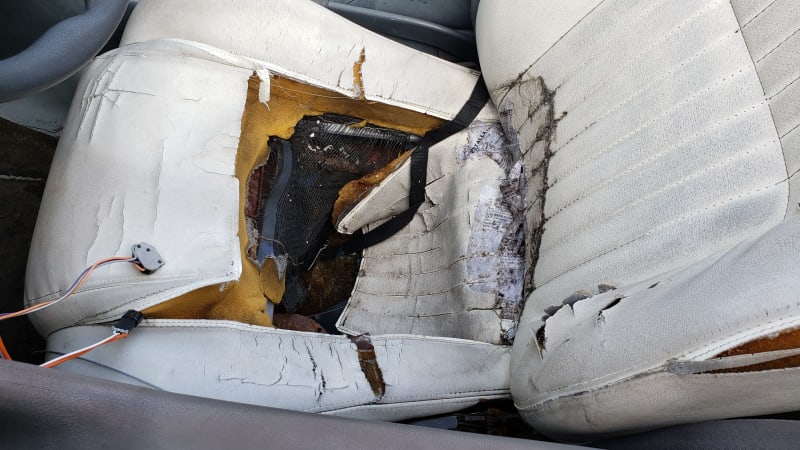 This one appears to have spent many years sitting abandoned with the top down, judging by the completely trashed interior. 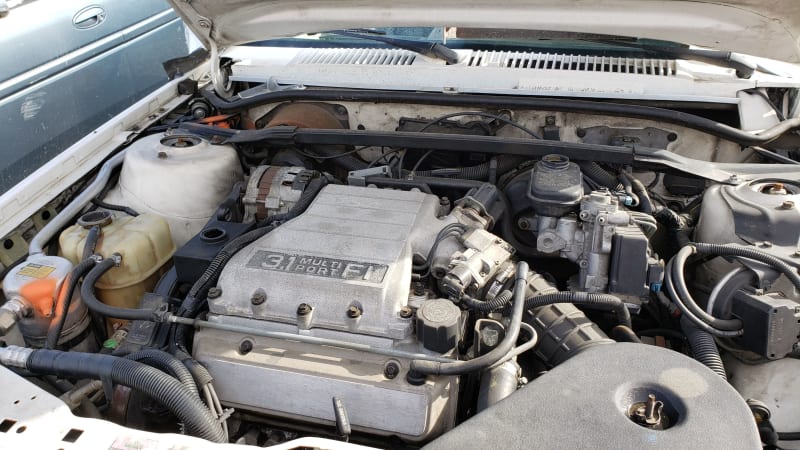 The base engine for 1992 was the good old Cavalier four-banger, complete with 111 horsepower. This 3.1-liter engine made a respectable-for-1992 140 horses, for plenty of torque-steery, tire-squealy fun. 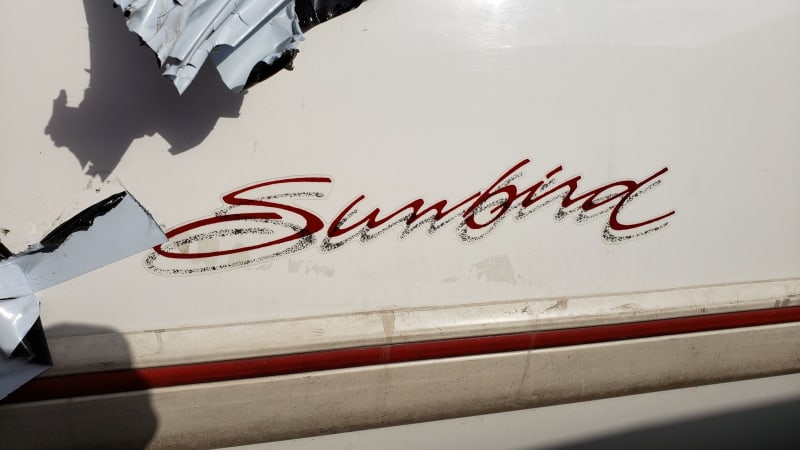 As a J-Body car, the Sunbird was a sibling to the Chevrolet Cavalier in 1992 (the J-based Cadillac Cimarron, Oldsmobile Firenza, and Buick Skyhawk departed before the end of the 1980s). Starting in 1994, the Pontiac Sunfire replaced the Sunbird, continuing in production all the way through the demise of the J platform in 2005.

Where (in Canada) would you test-drive your Sunbird?