The Geo-badged Isuzu Impulse, in lovely early-90s blue and pink.

GM's Geo brand existed from the 1989 through 1997 model years. While mostly remembered today for the Suzuki Cultus-based Metro (which continued to be sold with Chevrolet badging until 2001), there were also Geo Prizms (California-built Toyota Corollas), Geo Spectrums ( Isuzu I-Mark), Geo Trackers (Suzuki Sidekick), and Geo Storms (Isuzu Impulse). Storms are very rare now, but I found this one in Colorado last week. 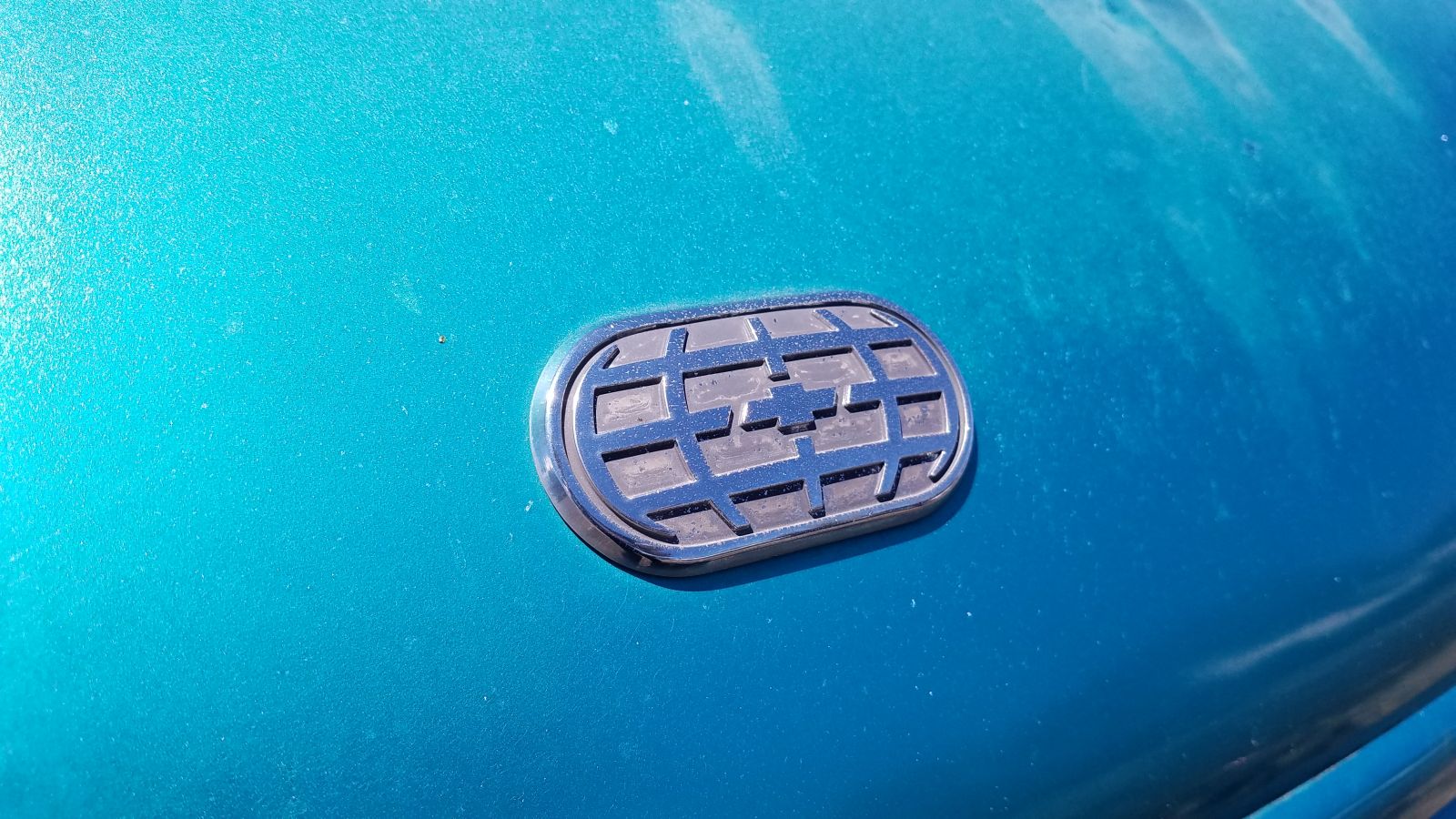 The idea of the Geo brand was that it would lure young car buyers in a way that wouldn't be possible with stodgy brands such as Oldsmobile or Buick. While GM never sold as many Geos as hoped, enough hit American roads that they were pretty numerous for a while. 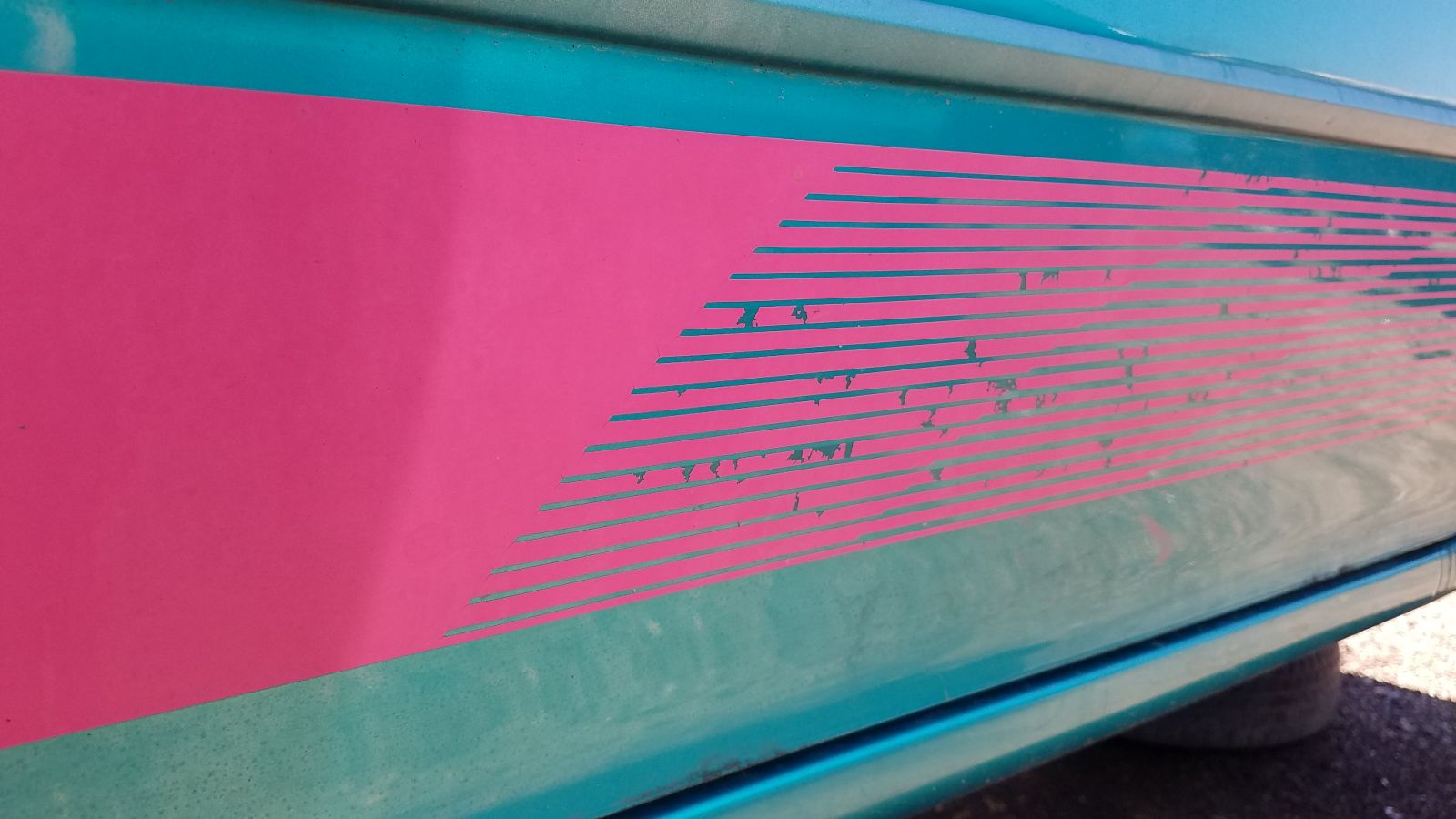 1980s-style pink-and-blue graphics remained relevant into the early 1990s. I'm not sure if these pink decal stripes were done at the factory, at a dealership, or later on in someone's back yard. 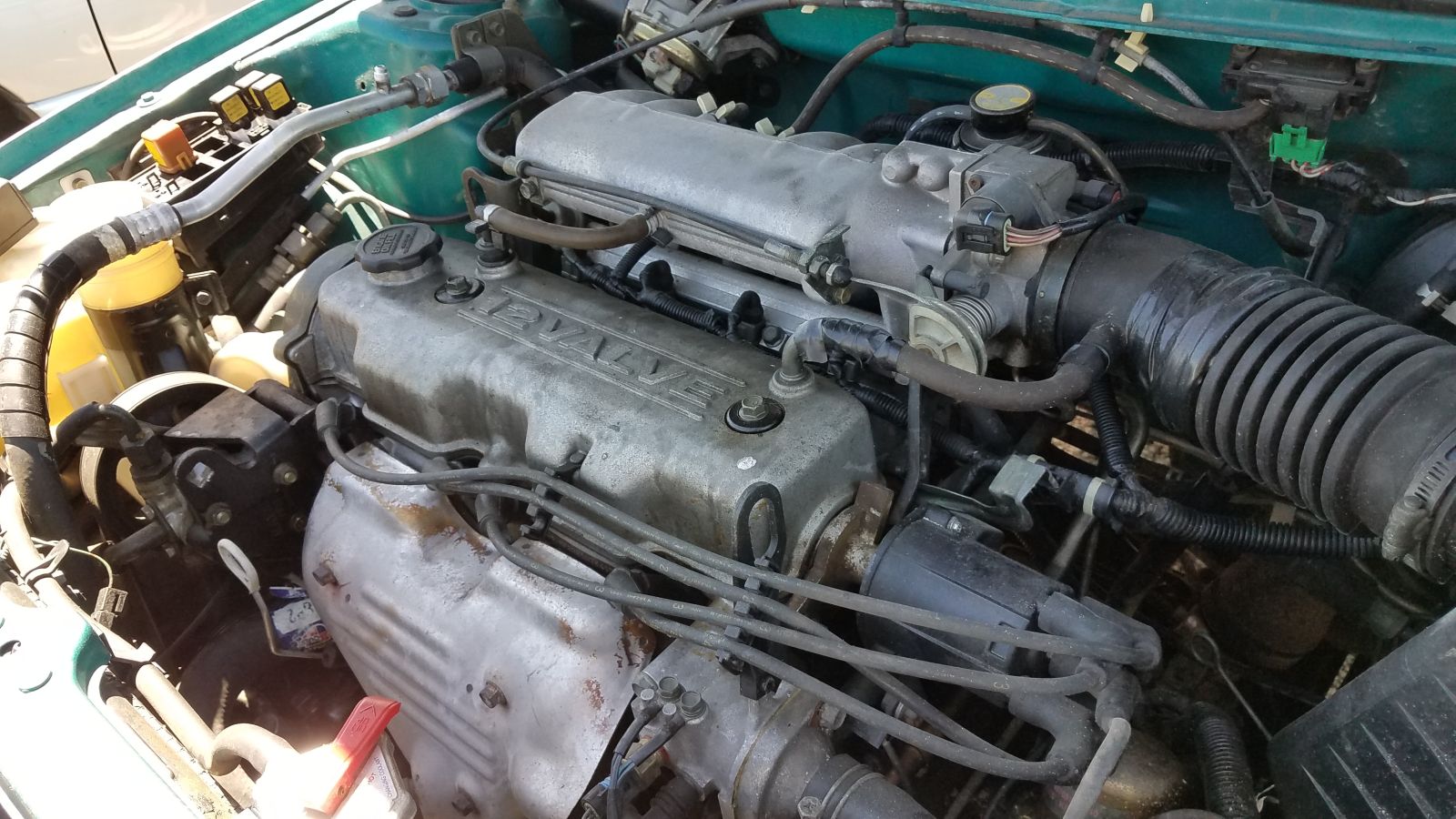 The Storm GSi was the factory-hot-rod version, but this is an ordinary Storm with the 95-horsepower, 12-valve engine. Automatic transmission, of course. 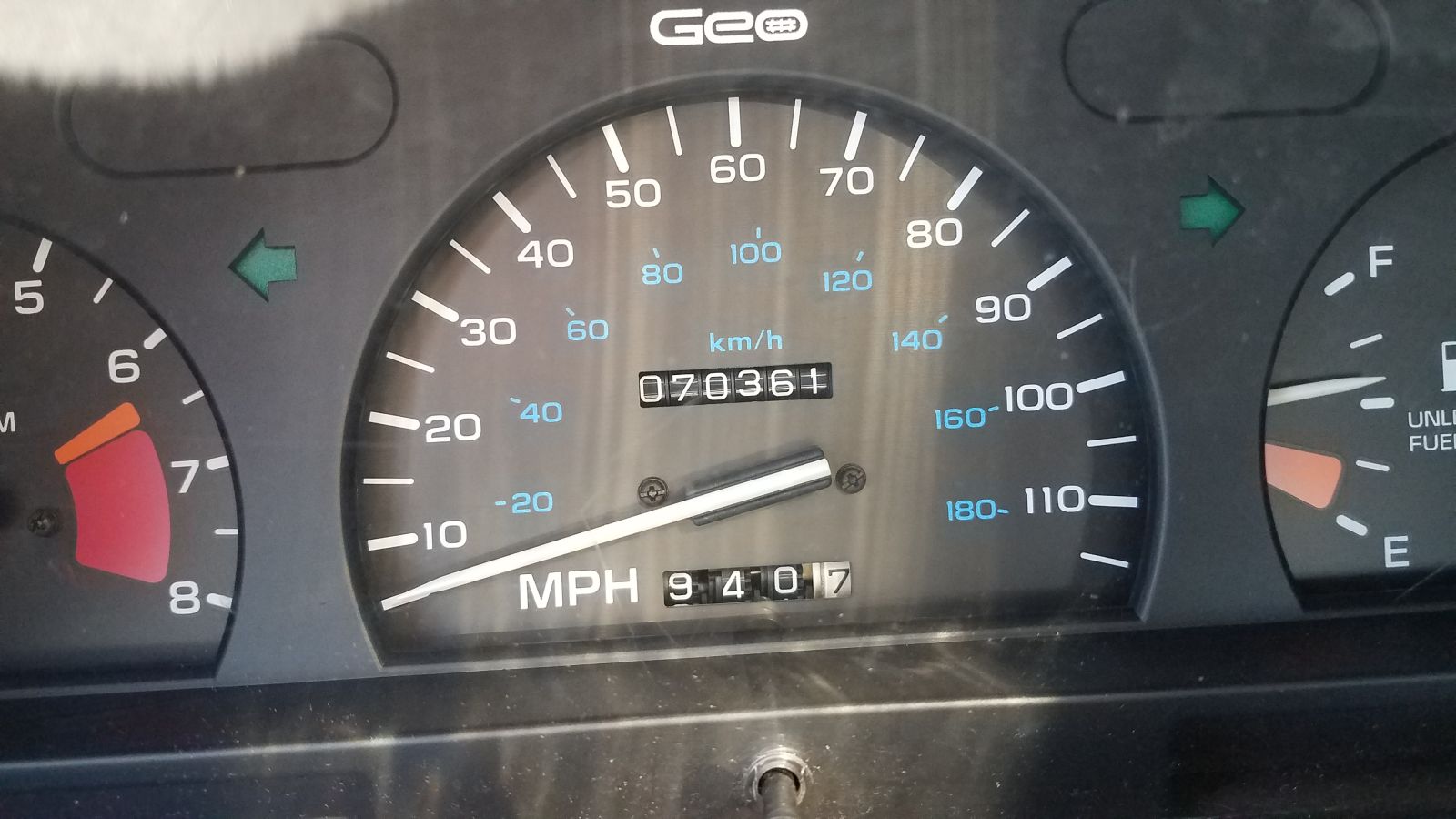 It never made it to 100,000 miles. The car seems to be in good shape, so perhaps something broke at about age 10 and it sat in a garage for the next 15 years.

This ad, like the Storm, was very much of its time.

GM emphasized the Japanese origins of the Storm.

In Japan, this car was sold as the Yanase-Isuzu PA Nero, a catchy name for a "Nice Day Fair."