What, exactly, is Radwood? Good question. As we wrote a few years back after witnessing the festivities for ourselves, "Think Goodwood or Pebble Beach, but with K Cars and DeLoreans."

It's a celebration of all things from the 1980s and 1990s. We think it's fun. So we pointed our browsers toward eBay in search of the coolest Radwood-era cars with a budget of $20,000. Some of our chosen steeds get pretty close to that self-imposed price, while others are well below.

Without further ado, click on the glorious Screaming Chicken up above to get started.

If your Radwood tastes skew a little on the older side, I'd like to present you with this 1980 Pontiac Trans Am. Adding to the allure, it's one of 5,700 Indy Pace Car editions sold that year.

This was not the best Trans Am that Pontiac ever built. In fact, depending on who you ask, it might actually be the worst. The era of big cubic inches was over — the last of the 6.6-liters was sold in 1979 — but Pontiac still wanted its halo muscle car to have some guts. It didn't, really, but let's just sit back and appreciate the effort.

There are 301 cubic inches under the hood, bolstered by Pontiac's first turbocharged engine, sending 210 horsepower and 345 pound-feet of torque to the rear wheels.

But much more important, it had a sweet Screaming Chicken graphic on the hood wrapped around an asymmetrical bulge that lit up in the driver's direct line of sight as the turbo boost built up. That's cool. The whole thing is so quintessentially '80s that the Radwood crowd will love it. — Consumer Editor Jeremy Korzeniewski

I went with this 1984 Mazda RX-7 GSL, because what else screams Radwood louder than a rotary engine and this extremely burgundy interior. Seriously, this interior will fit in perfectly with the rest of the “rad” vehicles on display, and you might even get a few compliments for it. This one is the GSL, so it has four-wheel disc brakes and a limited-slip differential. It’s equipped with a manual transmission, and the owner says it has the original engine with just 81,000 miles. The car’s condition looks fantastic, so the $12,995 price might be well worth it. - Assistant Editor Zac Palmer
slide-1284598

Is Eddie Bauer still a thing? It used to be my jam. I love the color scheme on this 1986 Ford Bronco, and that interior is simply fantastic. I legitimately want this. I'd need some sort of plaid dog bed for the back, where my pups could sleep while the humans are tailgating. Bonus points if it's fleece. —  Senior Editor, Green, John Snyder 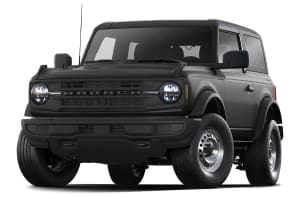 Some people are going to tell you that you can't buy a vintage Maserati in reasonably good condition for less than $12,000. Those people are absolutely right. But you can buy a Chrysler TC by Maserati. It's got the badging, it's got a plaque that proudly displays its "Made in Italy" heritage, and it's got a hardtop with portholes. —  Consumer Editor Jeremy Korzeniewski
slide-1284600

I was really tempted to go with a 1986 Mercedes-Benz Unimog, but I couldn't pass on this first-year low-mile C4 Corvette ZR-1. I'm a Corvette guy raised in a family of Corvette guys, and this was my dream car growing up. I had ZR-1 posters on my wall and ZR-1 models on my shelf. As a kid in the '90s, it didn't get much better than this.

The LT5 engine is the real star here. A DOHC 5.7-liter V8 developed by Lotus and built by Mercury Marine. It made 375 horsepower early on, but later ZR1s made 405 horsepower. It also cost nearly twice as much as a standard C4. The fact that you can find decent ones for around $20,000 still amazes me. That's why there's two on this list.

I dig the looks of the first year, as it's a blend of early and late C4s. This is the only year the ZR1 had the original C4 front end, and from '91 until the end of the run, all C4s looked basically the same. It's just so sleek. There are no big wings or splitters or ducts to taint the design. Pure Radwood. — Road Test Editor Reese Counts

Sure, Reese found a ZR-1, but mine's better. It's also a classified listing at $21,995, but it invites offers, so I'm hoping to drive a hard bargain to get within budget. This one is a 1990, first year of production, with 45,000 miles. It looks cared-for, and I dig the wheels and the black stripe that provides some relief to the red-on-red. As Reese mentioned, these are famed for their Mercury Marine LT5 DOHC 5.7-liter engine making 375 horsepower, and interest has grown in them with the C7 ZR1. Even if I have to rob couch cushions and college fund for the extra two grand, this might be a good investment. — Managing Editor Greg Rasa

The Toyota RAV4, considering it's still around and one of Toyota's bestsellers, has been a huge success. But when it was introduced in the 1990s, it had a two-door offshoot that didn't survive past the first generation. They were incredibly cute, as you can see in the photo, thanks to their soft lines. This hardtop is pretty unusual, as many RAV4 two-doors were convertibles like the Jeep Wrangler and Chevy Tracker. Even at Radwood, you're unlikely to run into someone with the same car. This particular example gets bonus points for also having a five-speed manual transmission and all-wheel-drive with a driver-selectable locking center differential. And all of this can be yours for just $8,900 or best offer. —  Associate Editor Joel Stocksdale

The Buy It Now price for this 30th-anniversary Z28 is $14,995. I have no idea if that's unreasonable, but the car has just 15,000 miles on it, and I love the Hugger Orange stripes, blacked-out headlights and white wheels. I saw three or four of these on eBay, so there's nothing special about them, but this one seemed particularly cared for. Ooh, white interior, too. — Managing Editor Greg Rasa
slide-1284604

Nevermind our Radwood mission, I think I'd actually buy this just as my car. — West Coast Editor James Riswick 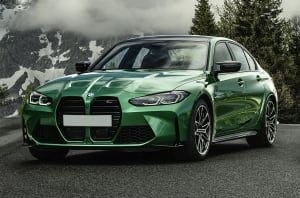