Come for the teal car in a junkyard, stay for the odd Batman-inspired ad

Looking for the perfect 1980s or 1990s car to take to the next Radwood? You could do worse than a 1991 Chevrolet Beretta GT, especially one with exquisitely early-1990s teal paint and the squiggly graphics decals that were so popular from about 1987 through about 1994. This car is no longer available, since it resides in a self-service wrecking yard near Denver, but others like it remain on the street. 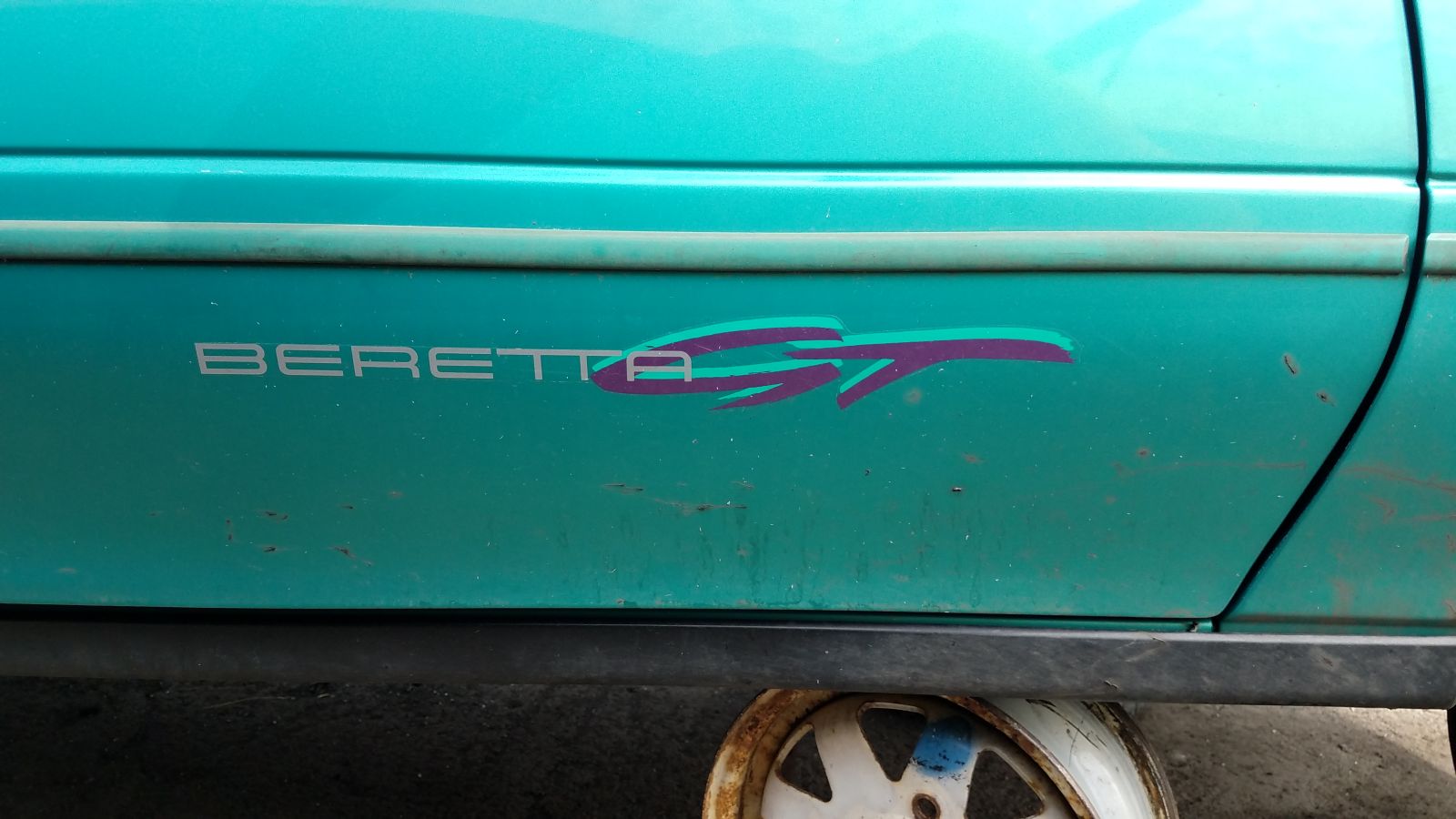 Other youth-oriented commuter cars had this sort of look during the era of Crystal Pepsi, including the Geo Storm, Plymouth Sundance Duster, Mercury Tracer Trio, and Hyundai Scoupe. 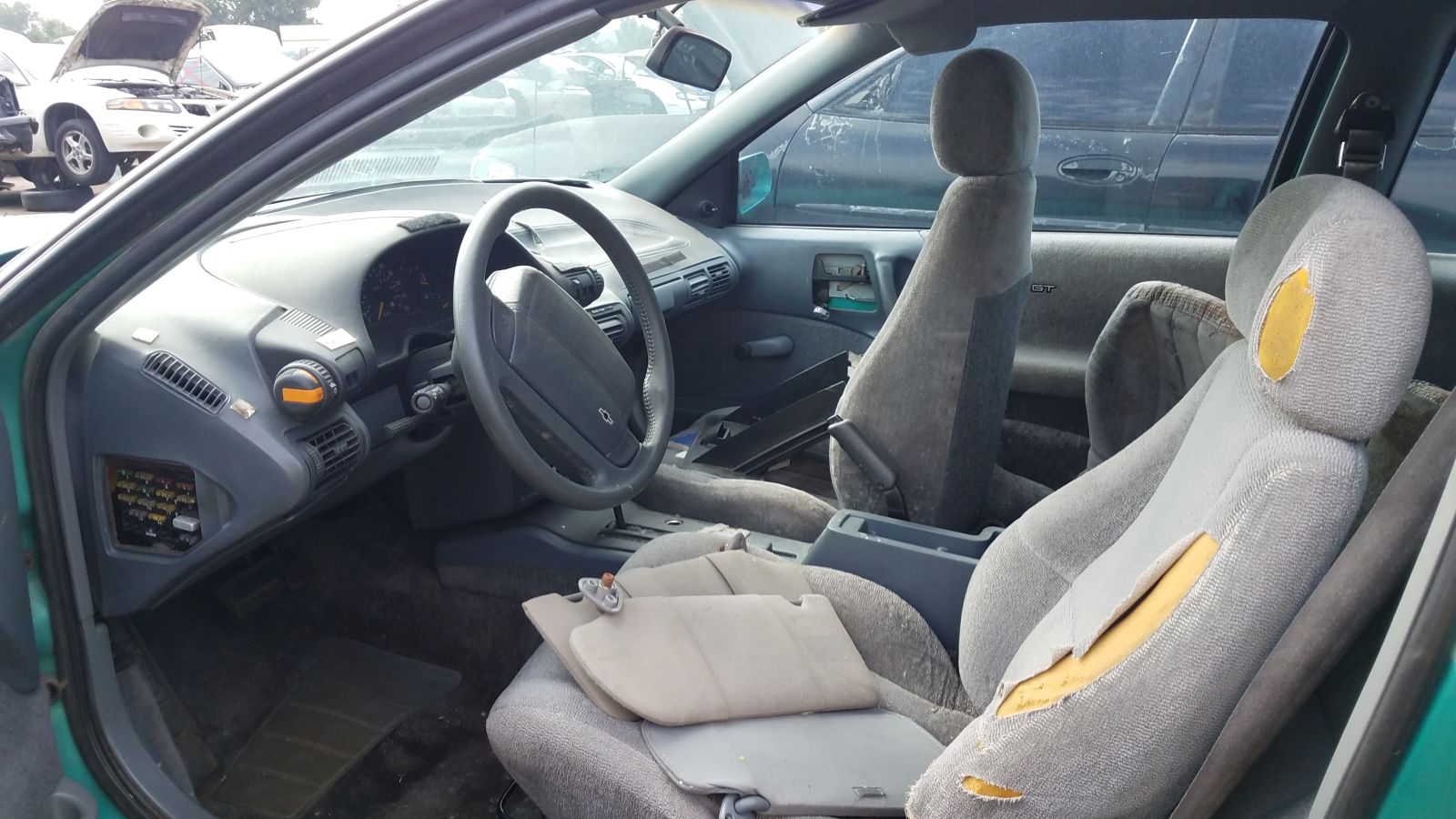 The hood latch on this car was stuck and I didn't feel like slicing open all my knuckles in order to take a look at the 140-horsepower, 3.1-liter pushrod V6. You could get a 5-speed manual transmission in the Beretta GT, but few buyers did. The Beretta to get in 1991 was the GTZ, which came with a 180-horsepower Olds Quad 4 engine. 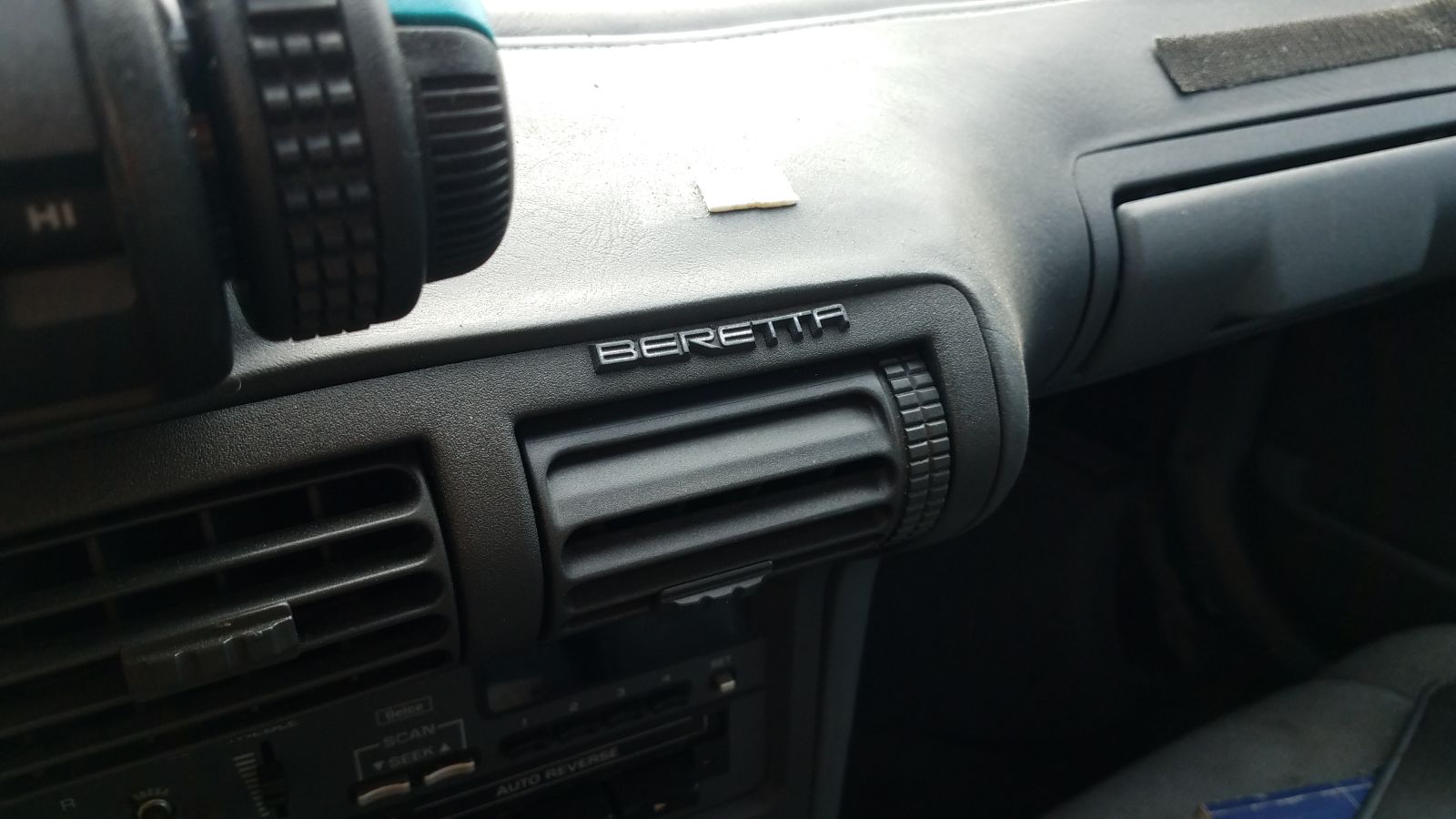 The Beretta (and its four-door Corsica sibling) sold fairly well, but is mostly forgotten today. By 1996, it was gone.

This Beretta GTZ ad from 1990 is amazingly odd. Official music from "Batman" by Danny Elfman and a locale vaguely similar to Axis Chemicals in the film, but there's no official imagery and the woman is not in any way reminiscent of the movie. "Tenuous connection" would be an understatement.

From Batman to True Lies ... Is that Tia Carrere?!?