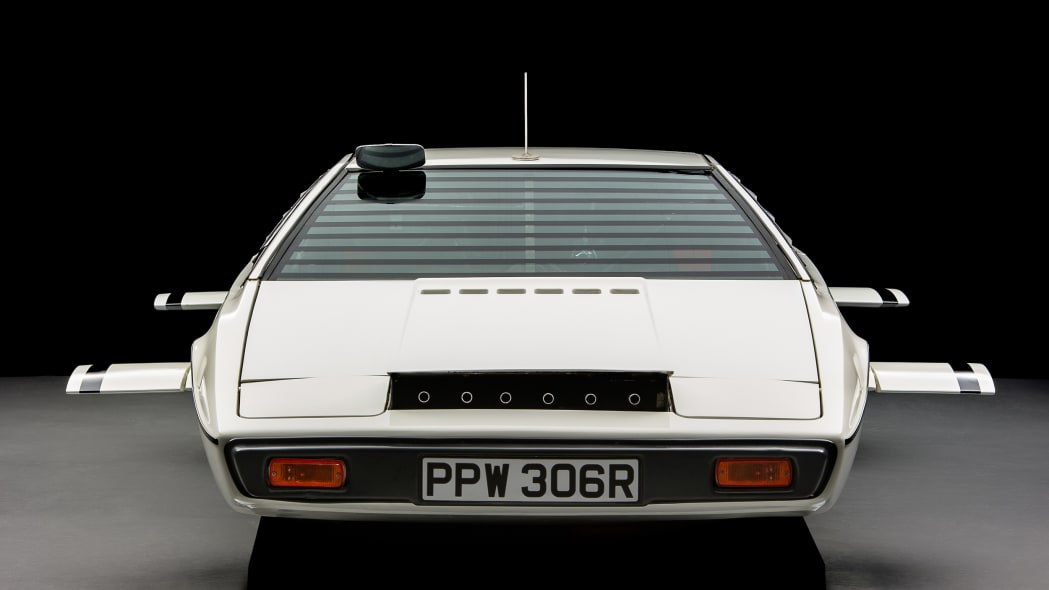 Tesla CEO Elon Musk landed himself in court after insulting a diver who criticized his plan to rescue a Thai soccer trapped in a cave using a purpose-built mini submarine. Which reminded us that Musk's interest in submarines started years ago.

The story begins in 1989, when a couple from Long Island put every barn-find hunter to shame by paying $100 for a locked storage unit, and cracking it open to find a 1976 Lotus Esprit buried under a pile of blankets. That's a cool find, the S1 Esprit is sought-after among enthusiasts, but CNBC reported they quickly learned their car was modified to star in the 1977 James Bond film "The Spy Who Loved Me." Ignoring Colin Chapman's "light is right" motto, the producers alchemized the Lotus into a fully functional submarine by welding in the wheel arches and the underbody, and adding winglets for more stability. Four propellers powered by a battery pack housed in the cabin moved the Esprit under water, and the coupe gained front-mounted missile launchers. The modifications reportedly cost $100,000.

The couple had never seen a James Bond movie; they likely assumed it was a mad scientist's kit car, or a science fair project gone wrong. The $100 purchase price represents about $207 in 2019 dollars, so the unsuspecting buyers could have easily sold it as a parts car, made a small amount of money on it, and ended up with a free storage unit. However, they became aware of the Esprit's significance in Hollywood history when truckers identified it over CB radio while they were hauling it home.

They weren't collectors, and storing a submarine is terribly impractical, so they commissioned a cosmetic restoration and asked auction house RM Sotheby's to sell it in 2013. An enigmatic buyer paid $997,000 for the non-running movie prop. Musk later revealed himself as its new owner.

"I was disappointed to learn that it can't actually transform. What I'm going to do is upgrade it with a Tesla electric powertrain, and try to make it transform for real," he announced.

Even billionaire-owned project cars sit for longer than planned, and there's little evidence the Esprit is in swimming condition, let alone capable of morphing into a submarine at the simple push of a button. If it could, we're certain Musk would have hyped it up on Twitter. But while stalled projects normally draw the ire of loved ones as they take up garage space, Musk's turned into a well of inspiration.

He admitted on Twitter — where else? — that the Esprit's Giorgetto Giugiaro-penned lines partly influenced the Cybertruck introduced in late 2019. We wonder what Lotus has to say about it.